End of the world as we know it 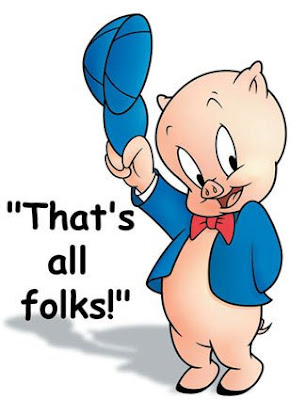 You might feel fine, but high oil cost, scarcity mean American Empire is about to come crashing down
By Guy R. McPherson / April 6, 2008

Peak oil spells the end of civilization. And, if it’s not already too late, perhaps it will prevent the extinction of our species.

M. King Hubbert, a petroleum geologist employed by Shell Oil Co., described peak oil in 1956. Production of crude oil, like the production of many non-renewable resources, follows a bell-shaped curve. The top of the curve is termed “peak oil,” or “Hubbert’s peak,” and it represents the halfway point for production.

The bell-shaped curve applies at all levels, from field to country to planet. After discovery, production ramps up relatively quickly.

Most of the world’s oil pumps are about to shut down.

We have sufficient supply to keep the world running for 30 years or so, at the current level of demand. But that’s irrelevant because the days of inexpensive oil are behind us. And the American Empire absolutely demands cheap oil. Never mind the 3,000-mile Caesar salad to which we’ve become accustomed. Cheap oil forms the basis for the 12,000-mile supply chain underlying the “just-in-time” delivery of plastic toys from China.

There goes next year’s iPod.

In 1956, Hubbert predicted the continental United States would peak in 1970. He was correct, and the 1970s gave us a small, temporary taste of the sociopolitical and economic consequences of expensive oil.

We passed the world oil peak in 2005, and we’ve been easing down the other side by acquiring oil at the point of a gun – actually, guns are the smallest of the many weapons we’re using – paying more for oil and destroying one culture after another as the high price of crude oil forces supply disruptions and power outages in Third World countries.

Within a decade, we’ll be staring down the barrel of a crisis: Oil at $400 per barrel brings down the American Empire, the project of globalization and water coming through the taps. Never mind happy motoring through the never-ending suburbs in the Valley of the Sun. In a decade, unemployment will be approaching 100 percent, inflation will be running at 1,000 percent and central heating will be a pipe dream.

In short, this country will be well on its way to the post-industrial Stone Age.

After all, no alternative energy sources scale up to the level of a few million people, much less the 6.5 billion who currently occupy Earth. Oil is necessary to extract and deliver coal and natural gas. Oil is needed to produce solar panels and wind turbines, and to maintain the electrical grid.

Ninety percent of the oil consumed in this country is burned by airplanes, ships, trains and automobiles. You can kiss goodbye groceries at the local big-box grocery store: Our entire system of food production and delivery depends on cheap oil.

If you’re alive in a decade, it will be because you’ve figured out how to forage locally.

The death and suffering will be unimaginable. We have come to depend on cheap oil for the delivery of food, water, shelter and medicine. Most of us are incapable of supplying these four key elements of personal survival, so trouble lies ahead when we are forced to develop means of acquiring them that don’t involve a quick trip to Wal-Mart.

On the other hand, the forthcoming cessation of economic growth is truly good news for the world’s species and cultures. In addition, the abrupt halt of fossil-fuel consumption may slow the warming of our planetary home, thereby preventing our extinction at our own hand.

Our individual survival, and our common future, depends on our ability to quickly make other arrangements. We can view this as a personal challenge, or we can take the Hemingway out. The choice is ours.

For individuals interested in making other arrangements, it’s time to start acquiring myriad requisite skills. It is far too late to save civilization for 300 million Americans, much less the rest of the planet’s citizens, but we can take joy in a purpose-filled, intimate life.

It’s time to push away from the shore, to let the winds of change catch the sails of our leaky boat.
It’s time to trust in ourselves, our neighbors and the Earth that sustains us all.

Painful though it might be, it’s time to abandon the cruise ship of empire in exchange for a lifeboat.

Guy R. McPherson is a professor of conservation biology at the University of Arizona.