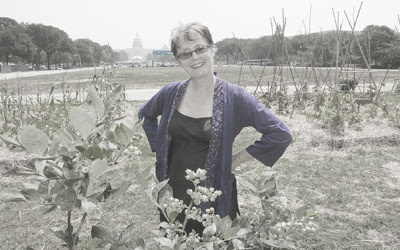 She made sustainable agriculture a rallying cry, but now the activist chef is under attack from food lovers.

“It…radically overstates Alice Waters’s significance and impact to say that…any major changes have occurred because of her. She’s one person in a large movement that would have been just fine without her, albeit perhaps a little different at the margins.” —Fat Guy, egullet.org

“Is it wrong for me to wish that [Alice Waters] would just go away, already?” —Josh Ozersky, the-feedbag.com

“What is it exactly that she did that has changed things?” —rancho_gordo, egullet.org

Lock and load, folks: It’s open season on Alice Waters. The woman who put agriculture at the center of American gastronomy, back when you couldn’t buy a truly ripe peach even at the fanciest grocer in town, is now getting pounded in the most concentrated assault from food lovers since ketchup was named a vegetable. Once a glorious heroine battling to reclaim our diet from the food industry, today she’s a Gang of One, trashed over and over for a long list of crimes against the revolution. Out in the real world Waters is still a popular figure, greeting friends at her flourishing restaurant, Chez Panisse, and drawing enthusiastic audiences at events on the cuisine-and-politics circuit. But throughout the food media, especially in the blogs, the term “food police” is back and dripping with blood.

Part of what’s happening, of course, may just be cyclical. The spectacle of fame followed by destruction has always been one of the great epic dramas, played out over and over in the favorite myths of every land. Perhaps we’re about to witness a triumphant final act, as the exiled heroine returns in glory to lead her people to victory. (Then again, if the gods are feeling testy, we sometimes get the Joan of Arc scenario, where the outcome is less good. Never mind.) At any rate, Waters can hardly open a newspaper or log on to the Internet these days without finding herself at the center of a tempestuous debate about rich and poor, slim and obese, the proper uses of fame and whether it’s still a revolution if it’s taking place in the nation’s most desirable culinary zip code.

What it all seems to come down to is elitism, a charge against Waters that has become increasingly vehement as the economy keeps getting worse. It’s easy to understand the accusation. After all, this is a woman who believes to her heart’s core that local, organic strawberries are always going to be the most practical purchase—no matter what they cost, or how tight your budget—because this is the most important way you can possibly spend money. Okay, it’s not a point of view that leaves a lot of room for canned tuna. But I wouldn’t call it elitism, especially in the larger context of her single-minded determination to change American food systems from the ground up. The history of great professional cuisine is largely about feeding the rich, and few chefs or proprietors ever thought to include anyone in their constituency except the people who ate in their restaurants. Waters was the first high-end restaurateur to put her kitchen at the service of social change, and to define her clientele far more widely than the glamorous crowd in the dining rooms.

What irks people, I think, are the impossibly airy goals she likes to swirl about herself like so many silk scarves. But she isn’t a thinker, she’s a utopian, a relentless radical who just doesn’t care whether the current checks and balances of real life can accommodate her ideas. Where she’s been effective—amassing widespread support for small farms, reinventing school lunch, overhauling our image of luxury dining to put three carrots and a radish at center stage—it’s because she had the power to make her own fantasies come true. But she’s perfectly willing to press on with the fantasies even without the power. I doubt whether she knows any other way to operate.

A single person doesn’t constitute a revolution, any more than a single restaurant does, or a single best-seller. But every revolution has its focal points—a few people, events, and books so invigorating and memorable they become stand-ins for change itself. We use them to gain historical traction as we assess what’s happened and try to figure out where we should be going. Clearly, Waters is a focal point, whether you think of her as the Gandhi of food or the Britney Spears. And if you’re in the latter camp, just remember that while you don’t have to share her conviction that Satan invented freezers, you do have to give her credit for helping to inspire a genuine turnaround in the way Americans think about food. “Do we really need to know the provenance of an egg?” asks restaurant critic Todd Kliman, who can’t stand what he calls Waters’s “inflexible brand of gastronomical correctness.” And he adds, “Shopping is not cooking.”

Oh, but it is. Shopping is at least 50 percent of cooking, and the rest is up to the cook, for better or worse. Julia Child focused her immense influence on the cook; and although we no longer make rich, elaborate French dinners even for company, her lessons became part of the American culinary genome. Waters has focused on the ingredients. I confess, I rarely shop for organic pea shoots and will probably live my entire life without tasting a biodynamic medjool date from Flying Disc Ranch in California. But the little farmers market up the street from me, with its local apples and onions, is there two days a week without fail because many people these days have a far greater understanding of what makes good food good than nearly anybody did 40 years ago. A big part of the difference has been Alice Waters.