It’s unclear what the contradiction between reaction and resistance will bring in the months ahead. 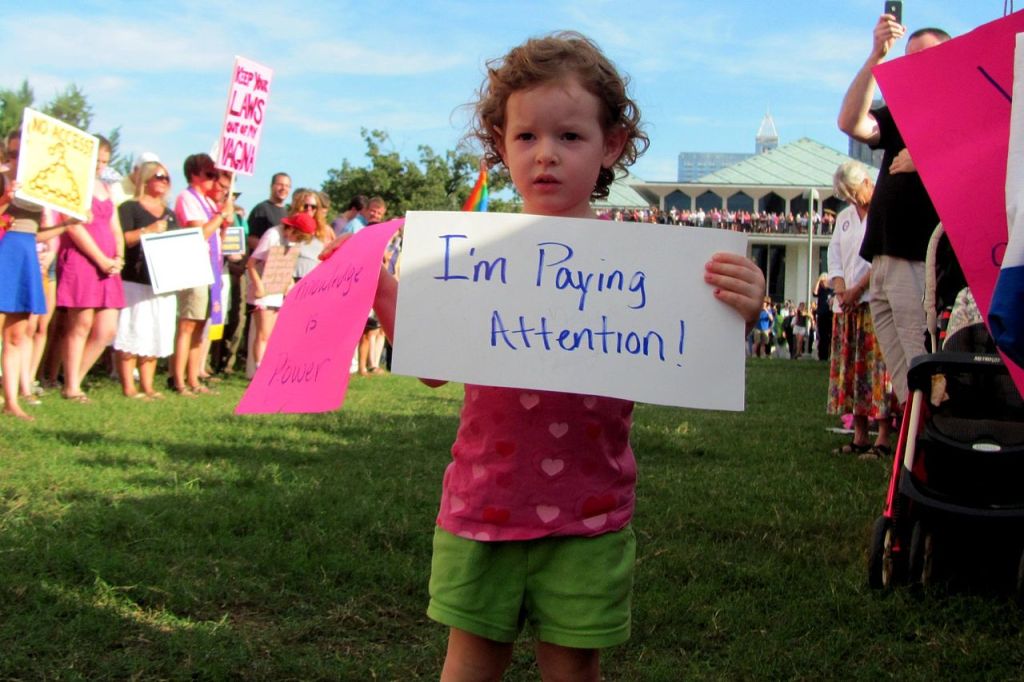 Political philosophers influenced by the writings of Marx and Engels emphasize the connections among all social processes, the opposing characteristics embedded in them, and how social dynamics are intrinsically conflictive leading to new and different futures.

For most activists this means that politics and history are complicated. Before drawing premature conclusions about what is going on and what to do about it, thoughtful reflection on the multiple dimensions of causes and effects and effects and causes are needed. No more is this so than in coming to grips with the political “time of day” in which we live.

The advance of reaction

Recent events underscore the rise of what can reasonably be called “neo-fascism,” advances in the construction of a police state, a desperate and renewed commitment to U.S. imperialism, escalated assaults — economic, political, police — on African-Americans, Latinos, women, workers, and immigrants, and gluttonous increases in corporate and banking profits while gaps in wealth, income, and political power widen.

The American Legislative Exchange Council (ALEC) is holding a planning meeting in Washington in early December to map out an agenda for the newly victorious Republicans at all levels of government. High on their agenda is legislation blocking increases in minimum wages, expanding so-called right-to-work laws, limiting access to Medicaid, restricting global taxes on tobacco, creating more free trade agreements, and increasing the privatization of schools.

The crisis over police murders has highlighted the racial and class character of the
criminal justice system.

For example, white policemen were 21 times more likely to shoot a Black man than a white man between 2007 and 2012. At least two Black men were killed by white policemen each week during these years, killing at least 500. (This was double the number of lynchings occurring during a five year period before anti-lynching laws were introduced in Congress in the 1920s).

Secretary of Defense Chuck Hagel was fired on November 24 in the midst of United States foreign policy “crises” from the struggle against ISIS to the Syrian civil war, negotiations with Iran over nuclear development, escalation of U.S. troop activity in Afghanistan, and continuing public campaigns from the neoconservative wing of the foreign policy establishment to send troops and in other ways expand military operations around the globe.

Pundits offered competing interpretations of the meaning of the firing from incompetence to policy disputes with Obama or his national security staff. Probably Hagel had some disputes with National Security Advisor Susan Rice who usually sides with the interventionist wing of the foreign policy elite.

Irrespective of the reasons for the firing, the long-term impacts of securing a new Secretary of Defense nomination and Senate approval, and in the context of the Republican Congressional victories, will be a renewed debate about escalating U.S. military interventionism in the Middle East, South Asia, and even the Western Hemisphere. Obama’s sometimes “realist” foreign policy will be further challenged.

President Obama in a prime time address on November 20, 2014, announced that he was using his executive authority to grant temporary amnesty to approximately five million undocumented immigrants, mostly parents of children who are United States citizens by birth.

Despite the fact that the Obama administration has deported more undocumented immigrants than any other president, his announced executive order brought outcries from Republican leaders, threatening lawsuits, impeachment, and various legislative actions when the new Congress assumes power in January.

Ironically, although the president’s action does not constitute comprehensive immigration reform the groundswell of support, particularly from the Latino community, was enormous, suggesting that if the announcement had been made before the fall election several losing Democratic Senatorial candidates might have been victorious.

Finally, and as always below the radar screen, the economy has been doing well for the one percent. For example, Thomas L. Hungerford (“Is Corporate America Going to the Poorhouse?” The Economic Policy Institute Blog, October 8, 2014, epi.org) pointed out that the U.S. Chamber of Commerce spent $30 million supporting mostly Republicans. Even so, Hungerford presents data indicating that while corporate profits have fluctuated between 1946 and 2013, they reached a peak in 2013.

In 2013, the before-tax profit share was 21 percent, which is the highest level since the mid-1960s. Interestingly, the 2013 after-tax profit share is at a post-World War II high of 15 percent! It would appear that corporate America has been doing rather well under President Obama and the current corporate tax system.

Even though the data is not in and resistance and revolt may or may not have lasting effects, the contradictions generated by capitalism, the police state, and imperialism are stark. In the electoral arena voters who went to the polls elected right-wing extremists and voted on various referenda to raise wages and to legalize marijuana. Most sitting Congresspersons were reelected, including members of the Progressive and Black Caucuses.

The Moral Monday movement used the elections to articulate a moral agenda that is as relevant in the streets as the ballot box.

A few candidates, such as Senator Al Franken campaigned as populists. And in selected communities, get-out-the-vote campaigns led to turnouts exceeding the 2010 figures. Rev. William Barber made it clear that the Moral Mondays: Moving Forward Together movement is not primarily about an election or elections in general, but used the elections to articulate a moral agenda that is as relevant in the streets as the ballot box.

John Nichols pointed out (“An Inconvenient Political Truth: That St. Louis Prosecutor is a Democrat,” The Nation, November 26, 2014, thenation.com) that the St. Louis County Prosecutor, Robert McCulloch, who rigged the Grand Jury to absolve policeman Darren Wilson of his killing of unarmed Michael Brown is a Democrat. “Across America, counties elect top law-enforcement officials as state’s attorneys, district attorneys and prosecuting attorneys. Hundreds of them are Democrats.”

Nichols says that many of these are progressive, others are not. Less visible elected office holders need to be properly vetted, not taking party label as sufficient indicator of candidate commitments to justice.

Robin D. G. Kelley appropriately describes the longstanding tradition of police brutality as akin to a “low-intensity war between the state and Black people.” He describes in painful detail the long history of police violence and white vigilantism against African-Americans and the ideological justifications for their actions. Kelley reports that revolt against this war has begun first in Ferguson where young organizers have created “Hands Up United, Lost Voices, Organization for Black Struggle, Don’t Shoot Coalition, Millennial Activists United” and other groups.

Mobilizations have spread to Chicago, Los Angeles, New York, Indianapolis, and other cities and towns across America. Paralleled by traditional and older civil rights organizations, this potential mass movement is stimulated by energetic, angry young people, Black and white.

Increasingly movement activists see the inextricable connection between their issues and saving the natural environment.

In the midst of the election season, police violence, calls for expanded U.S military adventures overseas, mobilizations of historic magnitudes have occurred. The People’s Climate March in New York City drew 400,000 participants among them activists concentrating on the environment, peace, anti-racism, and worker rights. Increasingly movement activists see the inextricable connection between their issues and saving the natural environment.

Also fast food workers have been protesting low wages and long hours. Others have been organizing economic boycotts such as against Black Friday, demanding better working conditions. Health care workers are mobilizing about wages and the right to organize and teachers are actively opposing charter schools, school vouchers, and the selling off of higher education to corporate interests.

The Moral Mondays movement has begun the reconceptualization of the politics of resistance by appropriating the idea of fusion politics which first appeared during Reconstruction after the civil war. Then, former slaves and poor whites built coalitions to gain power in state legislatures and to write truly democratic state constitutions.

Rev. William Barber and the movement that was initiated in North Carolina in 2006 emphasize the interconnectedness of all the problems that impede social and economic justice much as was done by Blacks and whites in the 1860s. Today, Rev. Barber says the only antidote to huge corporate power, whether the extremist wing reflected in the Koch Brothers and ALEC or the Clinton Wall Streeters, is the coming together of masses of people — Black, white, workers, straight, gay, faith-based or no faith — and their organizations to fight the right and propose a moral agenda based upon constitutional and ethical principles.

Moral Monday is expanding throughout the South, the Midwest, and the Southwest.

Pockets of youth militancy drawn to visions of 21st century socialism have sprouted up
around the country.

Finally, pockets of youth militancy drawn to visions of 21st century socialism have sprouted up in New York, Philadelphia, San Francisco, Jackson, Mississippi, and elsewhere. Young people are making long-term commitments to study, organization building, and the construction of political power as reflected in modest electoral victories at local, state, and national levels.

All these mobilizations are grounded in local circumstances, U.S. history, and global mobilizations rising up against neoliberal globalization. Cross-national networks of activists are increasingly sharing their insights and sense of solidarity that just might lead to a global resistance consciousness in the future.

It remains unclear what the outcome of the contradiction between reaction and resistance will bring in the months and years ahead. But Frederick Douglass was correct when he said: