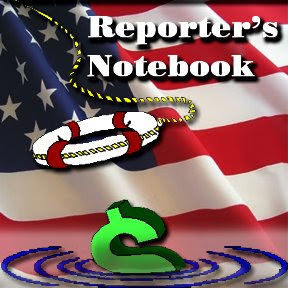 ‘A presidential campaign produces a mother lode of ideas. One learns to keep a pad and pen handy.’
By Larry Ray / The Rag Blog / November 11, 2008

Every reporter or writer has story ideas and scrawled words left in their notebooks after extended major news events. The daily news focus is ever changing. Wars, global warming, killer hurricanes, and of course, politicians and political campaigns. A presidential campaign produces a mother lode of ideas. One learns to keep a pad and pen handy. It is not possible to use each idea you jot down as a central theme for an article. But it always seems a shame to let them just fade away because the hot theme du jour has changed from wayward politicians caught flagrante delicto, to deadly earthquakes in California.

So, here are some of my recent sketchy notes plumped out into mini-articles. We are in a recession, so best to use everything in the pantry. 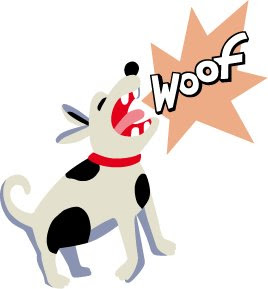 America’s veterinarians are reportedly getting an income boost since the campaign is over. Sarah Palin cost them untold dollars in potential exam and treatment fees because, as one Vet observed, “Damn, that woman has a voice that would worm a dog at thirty yards!” And sure enough, soon as her nasal twang quit filling America’s living rooms, dogs again started dragging their butts across those same living room floors about a week after she packed up her designer duds and returned to Alaska. The dogs are reportedly lots happier having the vet worm them than the moose mom.

Continuing the pet theme . . . Billions of American taxpayer’s dollars have been shelled out to “rescue” huge Wall Street firms because of lax Federal oversight allowing greedy management to royally screw up. But there is no such thing as a Chagrined CEO. Soon as the cash was deposited in their depleted tills what did do they do? Go into the conference rooms of their posh high rise office digs and start planning how to get a grip and tighten things up? Oh, no. The almost-on-the-rocks mortgage and insurance moguls booked thousand dollar a night rooms at distant posh resorts and flew the whole management staffs there from Wall Street . . . first class. Poolside penitence. Between spa treatments, lobster niblets and lots of Dom Perignon they discussed how to best spend all the new money we just gave them. A TV news investigative team followed and caught them red-handed. That night America saw the AIG hotshots poolside, sipping drinks with little umbrellas in them. Outrage! Fire them all! (this call for their heads lasted for two, maybe three days)

Then, only a few weeks later, the Fed gives them another 80 billion or so of bailout money to keep their doors open, and guess what the top AIG managers did? A bit of conference room contrition? Not on your life. They kept the doors open at AIG so they could dash out of them again and fly off first class to yet another poolside executive “workshop.” Again they were caught by waiting cameras. We see them on the nightly news stonily walking away from a reporter’s microphone as they are asked why they are pissing away all our money.

This should be called the “Bad Dog” syndrome. These hedge fund hotshots are basically peeing on America’s rug, over and over just like the family’s pedigreed pooch, who despite threats and attempts to change his behavior, continues to pee the carpet. The pooch just won’t learn, but at least he displays a slinking, hang dog indication that he knows it is wrong. Ever see a hang-dog sub-prime hotshot? When they talk about having a leg up on everyone else, we now know what that really means. 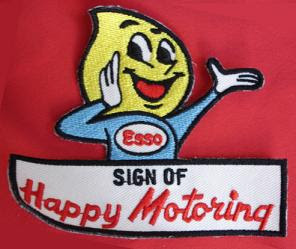 Finally, I was playing with the idea of the nation’s self-service gas stations all of a sudden feeling the pinch of the recession with gasoline dropping from four bucks to less than two bucks. Regular gas at the Exxon station near my house has always been lots higher than the big discount station across the street from it. Now they’re having a gas-war with just pennies difference in their prices. Today the discounter had regular for $1.95 and Exxon had it for $1.97. Lots of readers are too young to remember, but when Exxon was Esso, all the stations had a gimmick to get you to buy gas at their pumps. You stayed in the car while an attendant came out, asked you how much and what grade of gas he could put in your tank. Then he checked the oil and cleaned the windshield while the gas was pumping. If you got a fill up, you got a free dinner plate or coffee cup. The idea was to get you to return and eventually get a service for six of dinnerware. Wonder if Exxon and Chevron will be forced to actually compete for business in the coming couple years of recession? There would be no trouble filling the station attendant jobs. But I wonder if folks will have any use for the dinner plates?