Austin’s acclaimed husband-and-wife hip-hoppers, Riders Against the Storm, performed on Rag Radio and rapped with us about their unique vision. 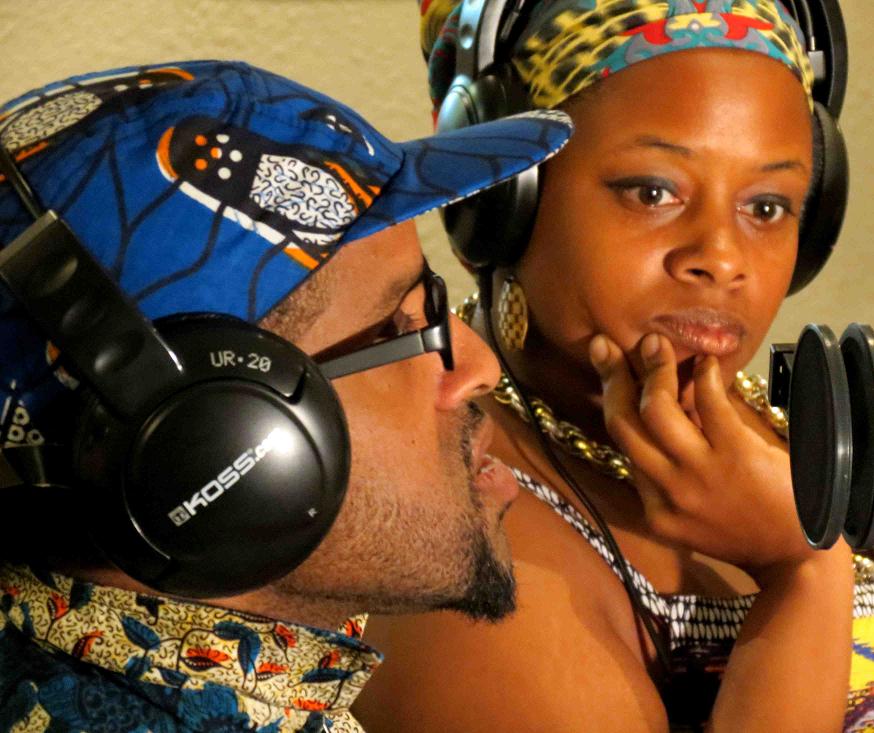 Riders Against the Storm on Rag Radio in the KOOP studios. Photos by Roger Baker / The Rag Blog.

Our guests on Rag Radio are the hip-duo, Riders Against the Storm, the reigning Austin Music Awards Band of the Year. We engage in a lively conversation with Chaka and Qi Dada and they perform three songs on the show. The husband-and-wife hip-hop duo, who have built a large and committed following since coming to Austin in December 2009, bring performance art, ceremony, and community-building to their unique work.

Download the podcast of our August 15, 2014, Rag Radio show featuring Riders Against the Storm, here — or listen to it here:

Rag Radio is a weekly hour-long syndicated radio program produced and hosted by long-time alternative journalist and Rag Blog editor Thorne Dreyer. The show is produced in the studios of KOOP 91.7-FM, a cooperatively-run all-volunteer community radio station in Austin, Texas, and is first broadcast live on KOOP every Friday from 2-3 p.m. (CDT). 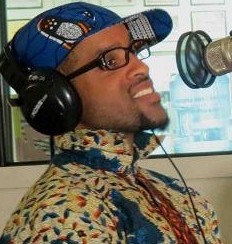 Riders Against the Storm was chosen Austin Band of the Year at the 2013 Austin Music Awards and is the first hip-hop group ever to win the honor. RAS has also performed at South by Southwest, has been chosen for this year’s Austin City Music Festival lineup, and recently took second place in the hip-hop category of the International Songwriting Competition for the band’s track “Holy Water” off their 2013 self-titled EP. (There were over 20,000 entries.) 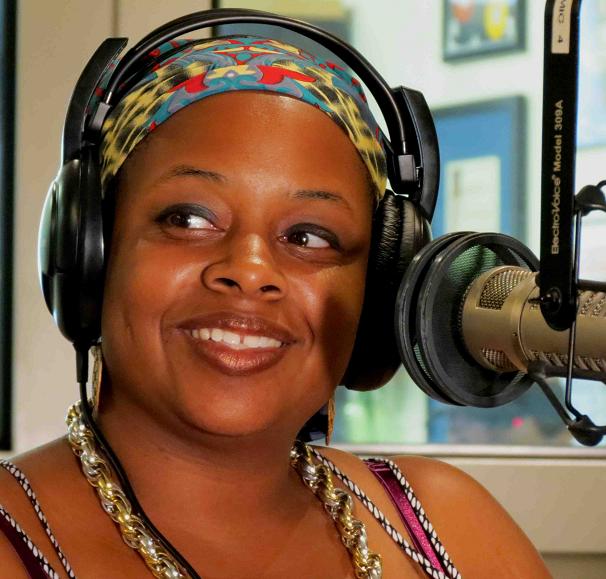 Both Chaka and Qi Dada have rich and diverse backgrounds in the arts and community action.  Jonathon Mahone, aka Chaka — has taught high school, created guerrilla art installations, promoted youth entrepreneurship, and done community organizing for the underserved in his hometown of Pittsburgh. Qi Dada (Ghislaine Jean-Mahone), who was born in Brooklyn to a Haitian family, is a performance artist, lyricist, and healer who started out in theater. 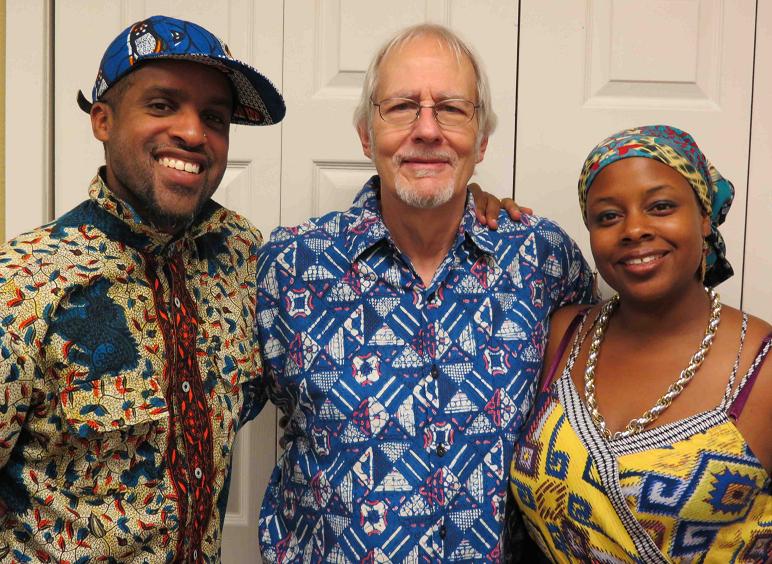 Battle of the shirts!

They met in Providence, RI, and moved to Austin where they have grown a large cult following — and received major critical acclaim — for Riders Against the Storm.  And, Body Rock ATX, is an underground dance party developed by the duo along with DJ Chorizo Funk.

Chaka and Qi Dada also are heavily involved in the community and in progressive political causes.