‘Monument to Audacity’ : Bailout is No Solution 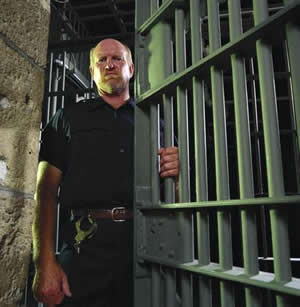 The bailout of the US financial sector is going to happen because the world is terrified of a financial collapse otherwise. Especially terrified is the American ruling class, who own the biggest chunk of the controlling shares of all corporate stocks.

The Bush regimes first proposal, all 2½ pages of it, was a monument to audacity. It proposed giving $700 billion to the Secretary of the Treasury with no controls or strings attached, no regulatory oversight. Congressional oversight or court review. It would be the largest transfer of power in US government history and essentially destroy what remains of the system of checks and balances, leaving the executive branch in almost total control. It’s an absolutely amazing testimony to their greed for power that they even put forth such a “plan”.

Not surprisingly, the Democrats aren’t buying it. They want oversight by a new regulatory institution to supervise financial markets and more stringent rules. They want “transparency”. They say they don’t want the greedy bastards who created this mess to benefit from the bailout. They want a cap on executive compensation. They want the funds to be made available incrementally. They want returns on the investment to go to paying back taxpayers (i.e., the general revenue fund) who are going to foot the bill. All this is perfectly reasonable, but it doesn’t go far enough.

What do socialists want? Nationalization of the financial sector. We want to grow the commons by setting up a public institution that will own, not just regulate, controlling interests in the financial markets. If taxpayers are going to pony up the money, we should not do it as a loan. We want a buy out, not a bail out. The government should let these investment banks shrivel to bankruptcy’s door, and then buy them at fire sale prices. Capitalists call this having “equity” in the companies involved. That’s a euphemistic way to avoid using the term nationalization, because of its association with socialist governments. In addition, we want this new public agency controlled by a board that represents a very broad spectrum of interests – unions, homeowners, the poor, and not just a gang of finance capitalists, the “experts” whose promotion of greed as a positive value led us to this crisis.

Secondarily, we want the leaders of the major institutions of finance capital who created this system of hyper-leveraged “derivatives” prosecuted for fraud. They took the people’s money and recklessly squandered it. As a result, many of us, myself included, have lost large portions of our life savings. They should serve many years in prison as a result. Their underlings, thousands of them who took home those fat bonuses, should be able to get off with only multi-million dollar fines and loss of any licenses to do business they might have. In a just world, their future employment would be at the car wash.

2 Responses to ‘Monument to Audacity’ : Bailout is No Solution