Peak Oil to Food to Steel : The Domino Effect 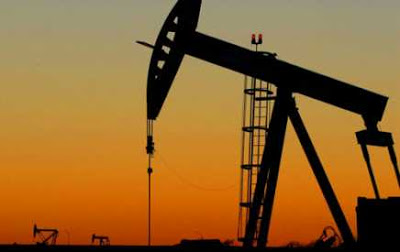 First of all, we likely have already peaked last year, or are now peaking in world oil production, as currently soaring oil prices should indicate. But see also the following link:

This being the case, it is important to dispel the notion that oil prices can be kept from influencing every other price that is linked to oil, which includes about everything. When cost-push inflation moves from oil to food to steel, you’re in real trouble. And that is what seems to be happening now.

Why? Because stuff made of steel that is powered by oil is what you depend on to provide alternative energy to fix the many problems caused by the lack of cheap oil.
The harder you work to fix the energy problem, the worse it gets. And if that were not enough, people get angry.

I use the phrase “Crunch Time” to denote the period after Peak Oil during which oil prices are so high due to production shortfalls that the normal functioning of economic activity is curtailed. Not only are the poor – and eventually the middle class – kept from buying the oil products they need, but industry’s capacity to ameliorate the problem by making what is needed to free society from the grip of oil is also greatly slowed, thereby extending the Crunch Time.

Such necessary products fall in two categories. First are those consumers can use to free themselves of oil: cars, trucks, and trains that operate on electricity instead of gasoline or diesel. Second is the capital equipment needed to make both such consumer items and to obtain more oil and other energy sources. Steel is one of the inputs to those products.

A hint of Crunch Time is in this report from Brazil and a sample is also described in today’s Wall Street Journal. The headline is, “Fast-Rising Steel Prices Set Back Big Projects.” The article starts, “Relentless increases in the price of steel are halting or slowing major construction projects world-wide and investments in shipbuilding and oil-and-gas exploration.”

Stripped of the human dimension the essential formula is:

This mechanical process of higher prices cycling up the line and shortages of things needed to make other things compounding the dysfunction is only the start. Then, the human dimension supercharges the process.

As the Journal points out, higher steel prices are now causing strikes in Turkey, cancellation of infrastructure projects in India, and government interventions in the private sector via price controls, nationalizations, and export controls – all of which cause other economic dislocations. Not the least of today’s dysfunctional outcomes is a slowdown now occurring in the production of equipment needed to find and produce oil.

As production slows, companies lay off workers. While layoffs tend to reduce ultimate consumer demand for products, in the short term shortages of manufacturing inputs just increase demand for those inputs further. Thus society’s initial efforts to increase manufacturing capacity turns into an effort to simply maintain capacity – or stop it from freezing up.

As the process of rising costs and slowing production reinforces itself, it gains speed like an ocean storm. As the Journal reports, “Last year, it took six months for steel prices to rise $100 a ton. Now, prices are moving that much in a month.”

The vicious cycle we are seeing today was initially caused by rapid growth and improved living standards in China, India and other poor countries as brought on by globalization. The process was initially demand driven. It can – and eventually it will – be corrected by a significant economic slowdown.

But the real Crunch Time will be caused by Peak Oil, the inability of the world to produce any greater flow of oil. What makes the real Crunch Time so vicious is that a simple recession will not cure the problem. It is likely that human inputs like violence and hoarding will only make the problem of insufficient oil even more acute. That is why today’s mini-Crunch is so tame compared with the Crunch Time that will occur after Peak Oil.

The scenario of shortages reducing society’s ability to function is why the Hirsch Report concluded that in order to have a fairly painless transition from petroleum-based transport to electricity-based transport, the world would need to start to make the transition about 20 years before Peak Oil started. Today, when we no longer have 20 years before Peak Oil, we are getting a small preview of the conditions to which the Hirsch Report was anticipating.

Here is a summary of the conclusions of Hirsch Report:

A scenario analysis was performed, based on crash program implementation worldwide – the fastest humanly possible. Three starting dates were considered:
1. When peaking occurs;

2. Ten years before peaking occurs; and

The timing of oil peaking was left open because of the considerable differences of opinion among experts. Consideration of a number of implementation scenarios provided some fundamental insights, as follows:

• Initiating a mitigation crash program 10 years before world oil peaking helps considerably but still leaves a liquid fuels shortfall roughly a decade after the time that oil would have peaked.

Here are some excerpts from the WSJ article:

We have not yet seen that prices have peaked, what we have seen is the costs increasing every month,” said ArcelorMittal Chief Executive Lakshmi Mittal on a conference call with reporters.

While still in a position of pricing power, steelmakers are concerned that over time, their high prices will affect sales. “There will be impact on demand, and that is not a good development for the steel industry,” said Aditya Mittal, chief financial officer of ArcelorMittal, on a separate conference call.

As a result, steelmakers are taking steps to cut their costs. To shield themselves from higher raw-material prices, more of them are acquiring their own iron-ore and coal mines or deposits, as well as producers of scrap steel. Nippon Steel Corp. and other Japanese steelmakers announced this month that they would accelerate cost-cutting efforts, which could include layoffs and developing cheaper steel substitutes.

The industry is also consolidating, which should allow producers to become more efficient and gain economies of scale that could ultimately result in more pricing stability and fewer, larger players. In recent months, India’s Tata Steel Ltd. and Essar Steel Holdings Ltd. have made major acquisitions, as have Russia’s Evraz Group SA and Sweden’s SSAB Svenskt Stl AB (SSABF.PK). Even so, the world’s top-five steelmakers still account for just 18% of the world’s steel supplies.

This entry was posted in RagBlog and tagged Economy, Energy, Peak Oil, The World. Bookmark the permalink.