Our national transportation infrastructure crisis is now so serious and the funds are so short of the scale of the problem that it is absolutely going to take a comprehensive federal approach rather than a state approach to get anywhere. 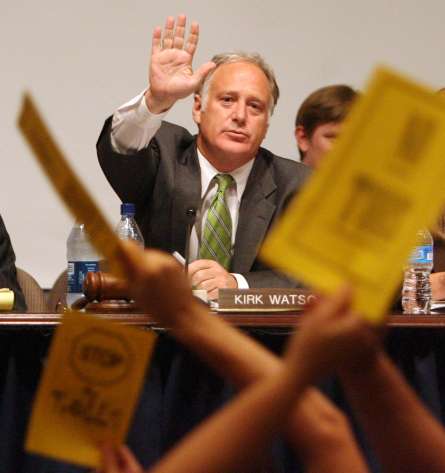 See ‘Time is Now to Fix Transportation’ by Texas senators John Corona and Kirk Watson, Below.

There are a number of questionable assertions in the op ed piece by Texas senators John Corona and Kirk Watson, below, and also some good ones. The devil is in the details.

In essence the article says we need to change our transportation policy, which is true. But the editorial misses its target in one important respect; in light of energy (oil supply and climate-related) constraints and credit market constraints, the change is going to have to be deeper and more dramatic than portrayed here, and should properly be initiated at the national level. A bankrupt Detroit and a frozen bond lending market signify anything but business as usual.

The feds need to take the lead, rather than Texas politicians, who will predictably do too little, too late. We can muddle through at the Texas level, apply band aids, talk about these problems, and anticipate needed changes.

Our national transportation infrastructure crisis is now so serious and the funds are so short of the scale of the problem that it is absolutely going to take a comprehensive federal approach rather than a state approach to get anywhere. A more comprehensive approach which is likely to be coming, in some form, from our new Congress and the new Democratic Administration, whether we like it or not.

On to some details:

The DPS helps keep the big roads safe (everyone passes you on IH 35 if you only drive 5 MPH over the 70 MPH speed limit). What is bad about using our gas tax rather than the general revenue to keep the big roads safe? We end up paying the same no matter where it comes from. Let’s focus on how many dollars we really need rather than which
taxpayer pocket it comes from.

We cannot afford to solve congestion problems by building big new toll roads. Especially if we say, as the editorial does, that we are going to reduce car dependence. We need entirely different and financially constrained planning strategies; at least Detroit can’t afford to call the shots so much anymore.

There is certainly no transparency the way the CTRMA is running things, yet Sen. Watson seems to support them and whatever toll road “system” they have in mind in regard to US 290 E, and the other roads they propose.

“Regional financing tools” seems to mean more local bonding authority, but the credit market to supply long range speculative toll road debt has largely collapsed. What then are these tools?

Indexing the gas tax to inflation would have little effect unless it were increased a whole lot, like maybe doubled, which would be VERY unpopular.

“Explore new alternatives” is commendable — but it should not mean CAMPO-proposed sprawl growth as usual, with roads or even using rail. We can’t afford to provide publicly funded infrastructure out to low density suburbs and wherever the land speculators have bought land. We need to shift to either more compact urban growth or perhaps clustered growth along whatever passenger rail corridors we can actually afford, while increasing rail service with the urban area too. The “rail relocation fund” may not be affordable or make sense in light of current finances. I believe it was proposed to move rail hubs out of the urban areas which might not be wise. We need to preserve our rail lines and restructure its uses, since new rails will not be cheap.

Reforming TxDOT is another good goal. But does that mean supporting the specific TxDOT reforms outlined by the Sunset Commission report on TxDOT or what?

For those who have not seen them yet , here are some additional comments of mine that apply more specifically to the proposed policy changes on US 290 E and the “system” of other Austin-area toll roads initiated by the CTRMA. Changes which CAMPO will consider and perhaps vote on this coming Monday:

Texas highways were once the pride of the state — and justifiably so. Our extensive infrastructure allowed generations of farmers and ranchers to feed the state and the world, and it turned our cities into economic powerhouses. Our transportation networks allowed generations of Texans to charge into a prosperous future without having to catch up with the present.

But for a generation, the state has approached old and new transportation challenges in a very different way. We have struggled simply to keep up with our needs. This has left Texas at a critical intersection, and the choices the Legislature makes over the next several months will determine both how we live in the short term and what opportunities our children will inherit.

Texas now faces a transportation crisis. We spend more and more of our lives in traffic instead of with our families. We seldom, if ever, see major roads built without toll booths. And the rail lines and highway lane miles we know we need are being scaled back or scrapped in the face of a hopeless inability to pay for them.

It is only becoming harder to address these needs. The costs of concrete, steel and other basic road building materials have risen by 60 percent over the past five years. However, the state motor fuels tax — our primary source of transportation funding — has been frozen at 20 cents per gallon since 1991. The disparity has left the state facing 21st century challenges with a 20th century tool.

The Texas Lyceum, a group of the state’s top thinkers and policy makers, will focus on this issue at its annual public conference in Houston on Dec. 3 (for more information, see http://www.texaslyceum.org/). And in January, the 81st Texas Legislature will begin weighing opportunities to make a meaningful investment in transportation. Here are alternatives that we believe the state must explore:

• End transportation funding diversions. The State Highway Fund has long provided money for the Department of Public Safety and other priorities. We must focus this money on roads and other transportation projects.

• Use bond funding transparently. A year ago, Texans voted to dedicate $5 billion in tax-supported bonds to transportation projects. The Legislature should appropriate this money for its intended purpose and commit to using it with complete transparency and accountability.

• Support regional financing tools. Other than toll roads and privatization schemes, the state has provided few options for cities, counties and other local jurisdictions to pay for transportation. The Legislature should offer voter-approved funding mechanisms for regions to plan and pay for roads, rail lines and other projects.

• Rewrite the gas tax. Texas’ primary source of transportation funding cannot provide for the state’s transportation needs. The Legislature must have a serious debate about restructuring the motor fuels tax to reflect the enormity of our tasks by indexing it to inflation.

• Explore new alternatives. Texas must move past a 20th century model that relies so heavily on single-occupancy vehicles and work to create a truly comprehensive statewide system for moving people and freight. This should begin by funding the Rail Relocation Fund that voters overwhelmingly approved in 2005.

• Reform the Texas Department of Transportation. With its overt advocacy of privatization and occasional disregard for the Legislature, the department has rightly incurred the wrath of Texans and their representatives. Though we applaud the department’s recent efforts to be more transparent and accountable, the Legislature must fundamentally reform the agency so that Texans are fully aware of its activities and never question its objectives.

These changes will not be easy, and they will confound the frequent promises of something-for-nothing. But they are necessary if we are to address the needs we see every day at rush hour — challenges that will only become greater. Our children must not be the first generation of Texans to inherit an inadequate transportation infrastructure with nowhere to grow.

[Carona, R-Dallas, and Watson, D-Austin, are members of Texas Senate.]