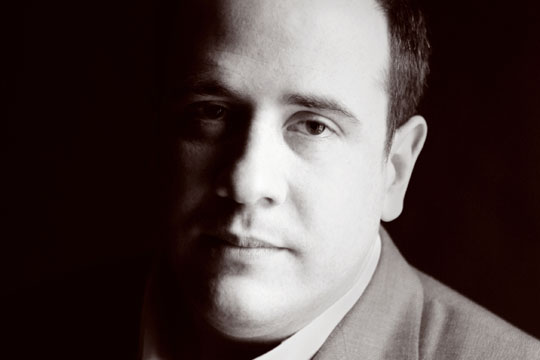 Award-winning journalist Jeff Sharlet, author of The Family, and his father, political scientist and author Robert Sharlet, are featured on our Rag Radio podcast (see player below). It’s the first time the two have been interviewed together.

Robert Sharlet and Jeff Sharlet are collaborating on a memoir of Robert’s late brother, also named Jeff Sharlet, a Vietnam veteran who was a leader of the GI resistance against the war. Sharlet died in 1969 of kidney cancer thought to have been caused by exposure to Agent Purple while he was in Vietnam.

Listen to or download the podcast of our June 27, 2014, Rag Radio interview with Jeff Sharlet and Robert Sharlet, here:

Jeff Sharlet, who wrote the bestselling expose, The Family: The Secret Fundamentalism at the Heart of American Power, which spent 26 weeks on the New York Times nonfiction list, was the winner of the Texas Observer‘s 2011 Molly National Journalism Prize for his article, “Straight Man’s Burden: The American roots of Uganda’s anti-gay persecutions,” published in Harper’s Magazine. The Molly Prize recognizes “superior journalism in the tradition of Molly Ivins.”

Jeff’s most recent books are Radiant Truths: Essential Dispatches, Reports, Confessions, and Other Essays on American Belief, which he edited, and Sweet Heaven When I Die. Sharlet is a contributing editor to Harper’s magazine and Rolling Stone, and is the Mellon Assistant Professor of English at Dartmouth.

Barbara Ehrenreich described The Family as “one of the most compelling and brilliantly researched exposes you’ll ever read,” while Ann Coulter called Sharlet “one of the stupidest journalists in America.” 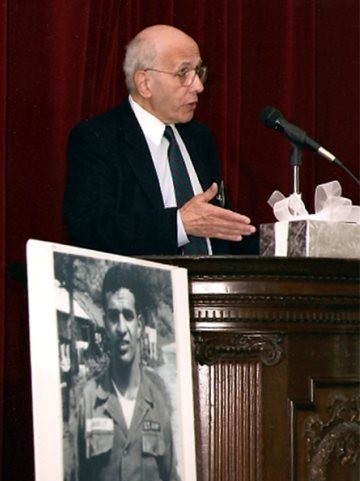 Robert Sharlet with photo of his late brother, Jeff, who was a founder of the GI resistance movement during the Vietnam War.

Robert Sharlet, who is Jeff Sharlet’s father, is a retired Union College professor of political science who specialized in Russian and post-Soviet law and politics. He served as a consultant to the State Department and the CIA, was Amnesty International’s East European Coordinator, working on behalf of a number of “prisoners of conscience,” and was senior coordinator of the Rule of Law Consortium under the auspices of the U.S. Agency for International Development.

After retirement, Bob moved on to full-time research at Union College as the Chauncey Winters Research Professor of Political Science. Sharlet, who once was featured in Esquire magazine as one of 50 “super-profs” of academe, is now researching the domestic impact of the Cold War in the U.S. He is the author of several books.

Robert Sharlet and Jeff Sharlet are working together on a memoir of Bob’s late brother — also named Jeff Sharlet — who was a Vietnam GI and a leader of GI protest against the war. Jeff, who died of cancer in 1969, was founder and editor of Vietnam GI, the first anti-war underground paper written by and for GI’s. Bob Sharlet writes a biweekly blog about his brother, called Searching for Jeff.

Please read Bob Sharlet’s articles, “Lament for the long forgotten war dead,” and “Jim Retherford, the ‘Man in a Red Devil Suit,” on The Rag Blog.

Coming up on Rag Radio:
FRIDAY, July 16, 2014: Writer and photojournalist David Bacon, author of The Right to Stay Home: How US Policy Drives Mexican Migration, on the current immigration crisis and the role of U.S. policy in creating it.
FRIDAY, July 25, 2014: Award-winning journalist Chris Tomlinson, author of Tomlinson Hill: The Remarkable Story of Two Families, Who Share the Tomlinson Name — One White, One Black.