War: A Plague on the Minds of Those Who Fight It 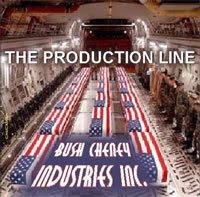 Memorial Day is about honoring those who have sacrificed themselves for the nation, in our armed forces. We cannot honor them properly unless we know the full extent of their sacrifice.

We have to count the victims of Post Traumatic Distress Syndrome, what we used to call being shell-shocked, as victims of the war. The number of those victims has been covered up.

‘Dr. Ira Katz, chief of mental health services for the Department of Veterans Affairs, sent an e-mail to a VA colleague this past February that read:

“Shh! Our suicide prevention coordinators are identifying about 1,000 suicide attempts per month among the veterans we see in our medical facilities. Is this something we should (carefully) address ourselves in some sort of release before somebody stumbles on it?”‘

Margolis charges that Katz covered up this startling statistic, showing 12,000 attempted suicides a year while in VA care, when he testified before Congress.

Have 30,000 veterans died of suicide in the past 5 years? Have 60,000 tried to? Shouldn’t these deeply depressed men and women be added to the casualty tolls? Is war a plague on the mind of those who fight it?

• 1,000 veterans attempt suicide while in VA care every month.

• Nearly one in five service members returning from Iraq and Afghanistan (approximately 300,000) have post-traumatic stress disorder symptoms or major depression.

• 19 percent of post-Iraq and Afghanistan veterans have been diagnosed with possible traumatic brain injury, according to a Rand Corp. Study in April.

• A higher percentage of these veterans suffer from post-traumatic stress disorder than from any previous war because of “stop loss” or an involuntary extension of service in the military (58,300), multiple tours, greater prevalence of brain injuries, etc. ‘

19 percent of returning vets from Iraq and Afghanistan would also be nearly 300,000 persons, suffering from traumatic brain injury. 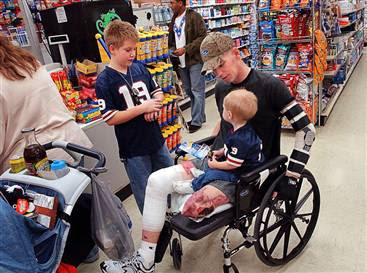 Others face profound moral dilemmas growing out of a conviction that they have been ordered to commit atrocities. The warping of the moral being may not be an inevitability of war but it is a severe risk.

Active duty soldiers in a war zone have a fear of becoming mere statistics, a fear I’ve had expressed to me in correspondence from Iraq. The LA Times profiles those soldiers from California who have given their lives to this war. The LAT says,

‘ Kelsey Johnson remembered that her husband, Marine Cpl. Stephen P. Johnson, 24, told her that he had “a really bad feeling” about an upcoming mission. Johnson, of Yreka, was among 31 troops killed when their helicopter crashed in the Iraqi desert.

“I dropped down on the ground and started screaming,” she said. She was 19 when her husband was killed. . .

Army Spc. Daniel F. Reyes told his mother that if he died, he wanted to be buried next to his brother, Roberto Esparza, who was 21 when he was killed in a bike accident in San Diego.

Reyes was survived by his wife, Rebekah, 23, and year-old son, Daniel Fernando. “He was always thinking of us,” she said. “He called me every morning in Iraq.”

Like many of those killed, the severity of Reyes’ wounds from an explosion precluded an open-casket service. Mortuary affairs personnel in the war zones have developed a word for such cases: unviewable.’

But in a way, all of the casualties from the Iraq War are “unviewable.”

We aren’t told the scale of the sacrifice by our corporate media or Washington officials. Michael Munk has done a fine job of focusing in like a laser on the real numbers of casualties for the Iraq War. Here is the last dispatch I have from him, dated May 6, 2008:

‘US military occupation forces in Iraq suffered at least 108 combat casualties in the week ending May 6, as the official casualty total reached at least 65,500. The total includes 33,325 dead and wounded by what the Pentagon classifies as “hostile” causes and 32,175 (since over a month ago on March 1) dead and injured from “non-hostile” causes.*

The actual total is over 85,000 because the Pentagon chooses not to count as “Iraq casualties” the approximately 20,000 casualties discovered only after they returned from Iraq -mainly brain trauma from explosions.**

In addition, a rare report showed that 1,123 “US civilian contractors” has been killed since the invasion, including a record 353 in 2007. No numbers are available on the wounded and injured, nor about casualties among the “contractors” who are not US citizens. (Houston Post, Feb. 9, 2008.)

US media divert attention from the actual cost in American life and limb by routinely reporting only the total killed (4,073 as of May 6) and rarely mentioning the 30,004 wounded in combat. To further minimize public perception of the cost, they cover for the Pentagon by ignoring the 31,325 (as of March 1)*** military victims of accidents and illness serious enough to require medical air evacuation, although the 4,058 reported deaths include 752 (no change last week ) who died from those same causes, including 145 suicide as of March 1.

* The number of wounded is updated weekly (usually Tuesdays) by the Pentagon at this site (pdf). The dead are reported by Iraq Coalition Casualties.

*** the number of “non combat” injured is reported by Iraq Coalition Casualties. ‘ 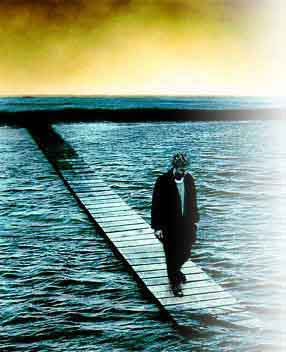 I think all of us Americans fall down crying this time every year. We want it to be over with.