A King’s Easter : Reflecting on Jesus and Eggs 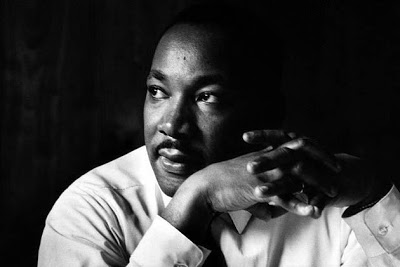 A King’s Easter:
Pausing to reflect on Jesus and eggs

This year — for the second time — the sad anniversary of the assassination of Martin Luther King, Jr. falls on Easter, a day that according to Google Trends brings annual peaks of interest in the search terms Jesus and eggs.

Easter is a perfect context for thinking about King’s death in a Kingian way because as a preacher of Easter sermons he would insist that after we pay death its due we should not neglect the fact of life which after all makes death possible in the first place.

Likewise with movement. For King life was movement. And half the hope for life was bound up in hope for the next movement which in his case would have been the Poor People’s Campaign of summer 1968. I say half the hope because as a Sunday preacher King warned against placing your whole hope in human effort.

Paradoxical as it sounds, the great maestro of social movement insisted that human effort could never completely do for itself. That would be like saying Jesus resurrected himself or the egg laid itself. There’s something besides all the things you can do — which you should do — for yourself. Something the movement needs which is not the movement itself.

David Rovics sent out an email yesterday reflecting upon the growing anticipations that people are having. Something is badly needed which is not being provided. Or as the Secretary of the Treasury says, unemployment will remain at unacceptable levels for many more years to come.

A movement of some kind is in the making. What’s not so clear is how people are preparing their half of the responsibility for it. King died while doing too much. Paradoxically the preacher of Easter sermons who said human effort was only half the ingredient of movement was exhausting himself in that half trying heroically to make up for the rest of us who exhaust ourselves doing too little.

In a book of spiritual teachings I recently ran across the term “personal work” and I think King would have liked that term. In the process of nonviolence as practiced by King, “personal work” was required. During the Easter campaign of 1963, protesters were required to meditate on the life of Jesus. They had to sign cards saying they had thought deeply about the example of Jesus. Jesus was required reading.

With our common life scooped out and replaced by mass media velocities — and considering the pattern of our recent debates about health care — there is reason to think that movements have been replaced in the internet age by virtual flame wars. And the thing about flame wars is that they lack all evidence of “personal work.”

Capitalism, once again, has imploded out from underneath millions of people whom it pretended to serve. And socialism even under these conditions finds underwhelming support. Between the cracks of two deflated ideals, a necessary movement grows roots. With so much death around us, King’s Easter reminds us that if we don’t neglect “personal work” there is always hope for birth and rebirth through righteous, organized, and disciplined social movements.

1 Response to A King’s Easter : Reflecting on Jesus and Eggs