An Act of Arrogance, Not Patriotism 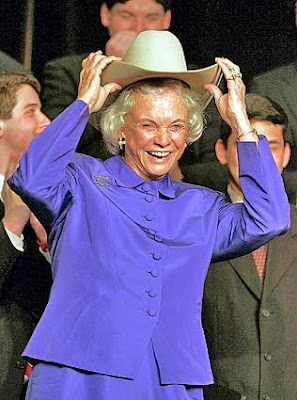 Supreme Court Justices Sandra Day O’Connor and Steven Breyer were at Hunter College the other evening talking about “The Supreme Court and the Presidency.” The event was held in the Danny Kaye Theater (“The jurist who is purest has the ruling on the schooling, but the judge who holds the grudge has a tort that is fraught?”) which sits about 600 people. The place was packed.

Supreme Court justices, current or retired, are not known to talk about cases in public. They rarely, if ever, criticize the current administration. So many of us in the audience were surprised when, unprompted, Justice O’Connor turned the discussion to the Supreme Court’s ruling on the Guantanamo detainees, a ruling that found the military commissions the Bush administration put in place at Guantanamo Bay violated both U.S. law and the Geneva Conventions.

Justice O’Connor explained that, while the Supreme Court can rule on cases, it has no power to enforce its own ruling. For that, the court relies entirely on the Executive Branch. And even though the Court had ruled Guantanamo was illegal, the Executive Branch — Bush’s White House — had still not enforced the court’s findings. Detainees were still imprisoned; the machinery for hearings had not even been put in place.

Justice O’Connor was clearly not happy about this. To hear remarks like hers from a conservative justice, the very justice who had, in effect, handed the Presidency to George Bush with her vote on Bush v Gore in 2000, was nothing short of stunning.

Justice Breyer amplified her comments, raising the 1832 case of Worcester v Georgia where Chief Justice John Marshall ruled the Cherokee Indians were entitled to federal protection from state governments which were trying to kick them off their land. President Jackson refused to honor the court’s findings, saying, “John Marshall made his decision. Now let him enforce it,” and sent American troops to remove the Cherokees from Georgia, leading to the infamous Trail of Tears.

Breyer offered a second example, this time of an Executive Branch willing to enforce a Supreme Court ruling in spite of personal or political beliefs, President Eisenhower’s desegregation of Central High School in Little Rock in 1957. Arkansas Gov. Orval Faubus would not accept the Supreme Court’s ruling on Brown v Board of Education and called out the state’s National Guard to block entry to the school. Eisenhower personally favored segregation, but felt honor-bound as President to respect the Court, no matter his personal beliefs. He not only federalized Faubus’ National Guard, putting them under his control, he also deployed the 101st Airborne Division, heroes of the recent Normandy Invasion, to lead the students into the school, a symbolic gesture well understood by post-WWII Americans.

A President putting the law of the land above his own agenda — now there’s an old-fashioned notion.

Presidents are sworn to uphold the Constitution of the United States, not just the parts of it they like. Bush calls himself a patriot, but dragging your feet so you don’t have to enforce a Supreme Court ruling is an act of arrogance, not patriotism.

When Supreme Court Justices are so disheartened and frustrated by a President’s refusal to enforce the law they are compelled to speak out publicly, it’s a dismal indication of the dispiriting political climate in which we live.

This entry was posted in RagBlog and tagged Bush, Torture, U.S. Government. Bookmark the permalink.