Annie Leibovitz and The Gay Tax : The Cost of Love 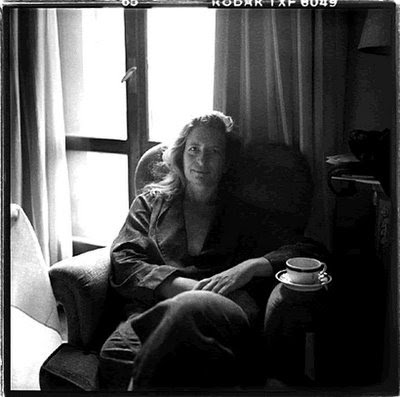 Poets swoon about it and singers croon about it, but LGBT people can calculate the cost of love down to the last penny. In my household it comes to around $329.25 monthly: that’s the gay tax my wife and I shell out for me to be on her health insurance plan, because her company must treat that benefit as additional taxable income. It doesn’t matter that our Massachusetts marriage is recognized in New York. Companies pay for their employees’ health insurance with pre-tax money through a federal program, and same-sex marriage isn’t federally recognized.

But that’s chump change compared to what love is currently costing celebrity photographer Annie Leibovitz. Back in late February the NYT noted that Leibovitz had borrowed a total of $15.5 million from a company called Art Capital Group using “as collateral, among other items … town houses she owns in Greenwich Village, a country house, and something else: the rights to all of her photographs.”

But what the NYT missed, along with every other straight newspaper that picked up the story, is why Leibovitz suddenly found herself in such dire financial straits. It took AfterEllen’s Julie Miranda to put two and two together and figure out that “most of Leibovitz’ financial woes stemmed from her inheritance of her longtime partner, Susan Sontag’s estate.” Writes Miranda (who, in turn, is channeling Suze Orman’s Valentine’s Wish for Gay Marriage):

“Same-sex couples do not have the same privileges as straight married couples when it comes to inheritance. If your partner passes away and leaves her estate to you, you have to pay up to 50 percent of the value of your inheritance in taxes. However, if you and your partner were recognized as a married couple, you wouldn’t have to pay a dime…When Sontag died in 2004, she bequeathed several properties to Leibovitz, who was forced to pony up half of their value to keep them.”

Will this profoundly unfair issue be challenged now that attention’s being drawn to it by the situations of couples like Sontag and Leibovitz who are far higher-profile than me and my gal? We’re about to get a shot at finding out. As my Broadsheet colleague Judy Berman reported on Tuesday, Gay and Lesbian Advocates and Defenders filed suit earlier this week on behalf of same-sex couples who have tied the knot in states that have marriage equality, seeking to challenge their blocked access to federal benefits. The plaintiffs include Dean Hara, spouse of the late Rep. Gerry Studds. But even with the spectacle of a U.S. Congressman’s widower being denied Social Security benefits, the case isn’t a slam dunk, since its slingshot is aimed at the big federal law that institutionalized this discrimination: the 1996 Defense of Marriage Act. It’s likely to face a long slog up to the U.S. Supreme Court. Until then, there’s a high price on our heads, dead or alive.

3 Responses to Annie Leibovitz and The Gay Tax : The Cost of Love