Brooksley Born Could Have Saved Us From This Financial Catastrophe 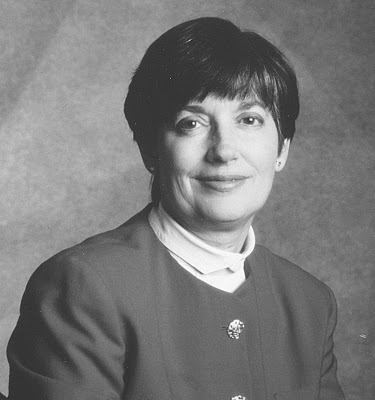 “Break the Glass” was the code-name high-level Treasury Department figures gave the $700 billion bailout; it was to be used only as a last- resort measure.

Now millions have been sprayed and damaged by broken glass.

But more than a decade ago, a woman you’re likely never to have heard of, Brooksley Born, head of the Commodity Futures Trading Commission– a federal agency that regulates options and futures trading–was the oracle whose warnings about the dangerous boom in derivatives trading just might have averted the calamitous bust now engulfing the US and global markets. Instead she was met with scorn, condescension and outright anger by former Federal Reserve Chair Alan Greenspan, former Treasury Secretary Robert Rubin and his deputy Lawrence Summers. In fact, Greenspan, the man some affectionately called “The Oracle,” spent his political capital cheerleading these disastrous financial instruments.

On Thursday [October 8, 2008], the New York Times ran a masterful and revealing front page article exposing the culpability of Greenspan, Rubin and Summers for the era of dangerous turbulence we live in.

What these “three marketeers” — as they were called in a 1999 Time magazine cover story — were adept at was peddling the timebombs at the heart of this complex crisis: exotic and opaque financial instruments known as derivatives–contracts intended to hedge against risk and whose values are derived from underlying assets. To cut to the quick, Greenspan, Rubin and Summers opposed regulating them. “Proposals to bring even minimalist regulation were basically rebuffed by Greenspan and various people in the Treasury,” recalls Alan Blinder, a former Federal Reserve board member and economist at Princeton University, in the Times article.

In 1997, Brooksley Born warned in congressional testimony that unregulated trading in derivatives could “threaten our regulated markets or, indeed, our economy without any federal agency knowing about it.” Born called for greater transparency–disclosure of trades and reserves as a buffer against losses.

Instead of heeding this oracle’s warnings, Greenspan, Rubin & Summers rushed to silence her. As the Times story reveals, Born’s wise warnings “incited fierce opposition” from Greenspan and Rubin who “concluded that merely discussing new rules threatened the derivatives market.” Greenspan deployed condescension and told Born she didn’t know what she doing and she’d cause a financial crisis. (A senior Commission director who worked with Born suggests that Greenspan and the guys didn’t like her independence. ” Brooksley was this woman who was not playing tennis with these guys and not having lunch with these guys. There was a little bit of the feeling that this woman was not of Wall Street.”)

In early 1998, according to the Times story, one of the guys, Larry Summers, called Born to “chastise her for taking steps he said would lead to a financial crisis. But Born kept at it, unwilling to let arrogant men undermine her good judgment. But it got tougher out there. In June 1998, Greenspan, Rubin and the then head of the SEC, Arthur Levitt, Jr., called on Congress “to prevent Ms. Born from acting until more senior regulators developed their own recommendations.” (Levitt now says he regrets that decision.) Months later, the huge hedge fund Long Term Capital Management nearly collapsed — confirming some of Born’s warnings. (Bets on derivatives were a key reason.)

“Despite that event,” the Times reports, ” Congress (apparently as a result of Greenspan & Summer’s urging, influence-peddling and pressure) “froze” Born’s Commissions’ regulatory authority. The next year, Born left as head of the Commission. Born did not talk to the Times for their article.

What emerges is a story of reckless, willful and arrogant action and behaviour designed to undermine a wise woman’s good judgment. The three marketeers’ disdain for modest regulation of new and risky financial instruments reveals a faith-based fundamentalist approach to the management of markets and risk. If there is any accountability left in our system, Greenspan, Rubin and Summers should not be telling anyone how to run anything. Instead, Barack Obama might do well to bring back Brooksley Born and promote to his team economists who haven’t contributed to the ugly mess we’re in.

Thanks to Mariann Wizard and Mike Wood / The Rag Blog