This is some considerable evidence that the common folk really don’t have much to say about the kind of health care we are going to get. Until we get this kind of activity and big money out of Congress, there will be no democracy. 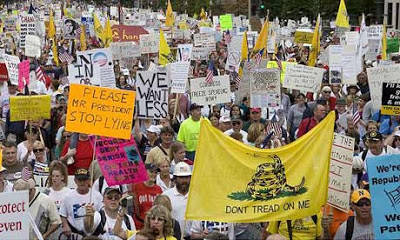 America’s healthcare industry has spent hundreds of millions of dollars to block the introduction of public medical insurance and stall other reforms promised by Barack Obama. The campaign against the president has been waged in part through substantial donations to key politicians.

Supporters of radical reform of healthcare say legislation emerging from the US Senate reflects the financial power of vested interests ‑ principally insurance companies, pharmaceutical firms and hospitals ‑ that have worked to stop far-reaching changes threatening their profits.

The industry and interest groups have spent $380m (£238m) in recent months influencing healthcare legislation through lobbying, advertising and in direct political contributions to members of Congress. The largest contribution, totalling close to $1.5m, has gone to the chairman of the senate committee drafting the new law.

A former member of Bill Clinton’s cabinet says fears that the industry could throw its money behind the populist rightwing backlash against public insurance have scared the Obama White House into pulling back from the most significant reforms in return for healthcare companies not trying to scupper the entire legislation.

Drug and insurance companies say they are merely seeking to educate politicians and the public. But with industry lobbyists swarming over Capitol Hill ‑ there are six registered healthcare lobbyists for every member of Congress ‑ a partner in the most powerful lobbying firm in Washington acknowledged that healthcare firms’ money “has had a lot of influence” and that it is “morally suspect”.

Reform groups say vast spending, and the threat of a lot more being poured into advertisements against the administration, has helped drug companies ensure there will be no cap on the prices they charge for medicines ‑ one of the ways the White House had hoped to keep down surging healthcare costs.

Insurance companies have done even better as the new legislation will prove a business bonanza. It is not only likely to kill off the threat of public health insurance, which threatened to siphon off customers by offering lower premiums and better coverage, but will force millions more people to take out private medical policies or face prosecution.

“It’s a total victory for the health insurance industry,” said Dr Steffie Woolhander, a GP, professor of medicine at Harvard University and co-founder of Physicians for a National Health Programme (PNHP).

“What the bill has done is use the coercive power of the state to force people to hand their money over to a private entity which is the private insurance industry. That is not what people were promised.”

PNHP blames a political process it says is corrupted by millions of dollars poured into the election campaigns of members of Congress and influencing the discourse about health reform by funding advertising campaigns, supposedly independent studies and patients rights organisations that press the industry’s interests.

A primary target of criticism is Senator Max Baucus, the single largest recipient of health industry political donations and chairman of the finance committee that drafted the legislation criticised by Woolhander.

The committee this week twice voted against including public insurance in the legislation, with Baucus opposing it both times.

Baucus took $1.5m from the health sector for his political fund in the past year. Other members of the committee have received hundreds of thousands of dollars. They include Senator Pat Roberts, who last week tried to stall the bill by arguing that lobbyists needed three days to read it.

Baucus holds dinners for health industry executives at which they pay thousands of dollars each to be at the table, and an annual fly-fishing and golfing weekend in his home state of Montana that lobbyists pay handsomely to attend. They have included John Jonas, who represents healthcare firms for Patton Boggs, widely regarded as the top lobbying firm in Washington. Jonas, who formerly worked on the congressional staff, acknowledges that political contributions are intended to buy influence and says it works.

“It would be very naive to say they’re not influenced. The contributors certainly hope they’re influencing and the recipients probably ultimately are influenced,” he said. “I think it’s a morally suspect practice, and then you have to look at its application to see if it’s morally bankrupt … I think what’s bad about the system is it’s got more and more lax over time.

“When I started in this practice you did not talk issues at a fundraiser. It was impolite. And then with this need for money, the system has got coarser over time so that they go around the room asking what issues you’re interested in, much more of a linkage of dollars to a discussion of the issues now.”

The health industry permeates the process in other ways. At Baucus’s side, drafting much of the wording of the reform, was Liz Fowler, a senate committee counsel whose last position was vice-president of the country’s largest health insurer, Wellpoint, which stands to be a principal beneficiary of the new law.

Health companies and their lobby firms also recruit heavily among congressional staffers as a means of maintaining influence.

Baucus declines to discuss political donations but told Montana’s Missoulian newspaper earlier this year that “no one gets special treatment”.

Robert Reich, the labour secretary in the Clinton administration, says the Obama White House, mindful of how the health industry killed off Clinton’s attempts at reform, has grown so fearful of industry money that it has quietly reached agreement to pull back from price caps and public health insurance.

“The White House made a Faustian bargain with big pharma and big insurance, essentially scuttling both of these profit-squeezing mechanisms in return for these industries’ agreement not to oppose healthcare legislation with platoons of lobbyists and millions of dollars of TV ads.”

The pharmaceutical companies are apparently pleased enough that they are now putting $120m into advertising supporting the emerging legislation.

Jonas described the bill emerging from the Senate as “in realm of what is politically possible”.

“Is the bill overly distorted by money? I don’t think it actually is,” he said. “It’s a good bill in the sense that it’s a net improvement in the system … [but] it’s a bad bill if you think it’s supposed to be a comprehensive solution to the US healthcare problems.”

This entry was posted in RagBlog and tagged Health Care Reform, Lobbyists. Bookmark the permalink.