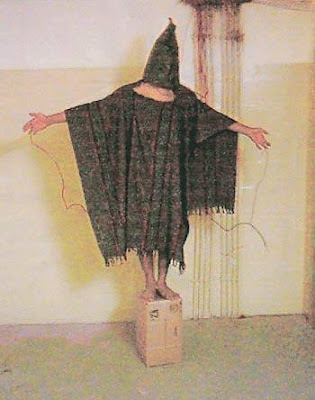 In dozens of top-secret talks and meetings in the White House, the most senior Bush administration officials discussed and approved specific details of how high-value al Qaeda suspects would be interrogated by the Central Intelligence Agency, sources tell ABC News.

The so-called Principals who participated in the meetings also approved the use of “combined” interrogation techniques — using different techniques during interrogations, instead of using one method at a time — on terrorist suspects who proved difficult to break, sources said.

Highly placed sources said a handful of top advisers signed off on how the CIA would interrogate top al Qaeda suspects — whether they would be slapped, pushed, deprived of sleep or subjected to simulated drowning, called waterboarding.

The high-level discussions about these “enhanced interrogation techniques” were so detailed, these sources said, some of the interrogation sessions were almost choreographed — down to the number of times CIA agents could use a specific tactic.

The advisers were members of the National Security Council’s Principals Committee, a select group of senior officials who met frequently to advise President Bush on issues of national security policy.

As the national security adviser, Rice chaired the meetings, which took place in the White House Situation Room and were typically attended by most of the principals or their deputies.

Contacted by ABC News today, spokesmen for Tenet, Rumsfeld and Powell declined to comment about the interrogation program or their private discussions in Principals Meetings. Powell said through an assistant there were “hundreds of [Principals] meetings” on a wide variety of topics and that he was “not at liberty to discuss private meetings.”

The White House also declined comment on behalf of Rice and Cheney. Ashcroft could not be reached for comment today.

Critics at home and abroad have harshly criticized the interrogation program, which pushed the limits of international law and, they say, condoned torture. Bush and his top aides have consistently defended the program. They say it is legal and did not constitute torture.

“I can say that questioning the detainees in this program has given us the information that has saved innocent lives by helping us stop new attacks here in the United States and across the world,” Bush said in a speech in September 2006.

This entry was posted in RagBlog and tagged Bush, Human Rights, Military, Torture. Bookmark the permalink.