James Retherford : Who Watches the Watchman? The Huston Plan 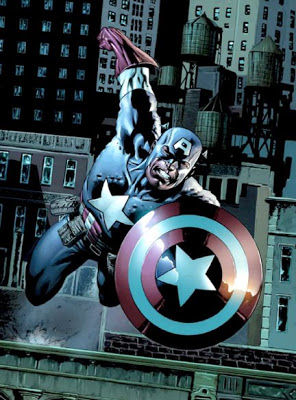 Part IV
Who Watches the Watchman?

The plan, submitted to Nixon on June 25, 1970, called for increasing the role of the CIA and Defense Intelligence Agency in domestic spying while lifting restrictions on illegal wiretaps, bugs, and break-ins…

As a student leader of Young Americans for Freedom at Indiana University during the mid- to late-Sixties, Tom Charles Huston was a walking provocation, intent on smoking out Communists from every dark corner. He once filibustered a campus SDS meeting; this “totalitarian Communist-front” group (according to Huston) was, in fact, so ultra-democratic that its members would not/could not muster enough political will to order him off the stage, though every word from his mouth created rancor and threatened to incite riots.

In fact, it took a spontaneous “direct action” by my friend and frequent co-conspirator Allen Gurevitz and myself to wrap Huston in an American flag and drag him off the stage. Tom Huston has been wrapping himself in American flags ever since.

Therefore it was only a mild surprise when I learned a few years later that Tom Charles Huston, as a new recruit serving on Richard Nixon’s White House staff, authored a clandestine plan to centralize the government’s political police agencies under the direct control, albeit secret, of the president. The plan, submitted to Nixon on June 25, 1970, called for increasing the role of the CIA and Defense Intelligence Agency in domestic spying while lifting restrictions on illegal wiretaps, bugs, and break-ins. 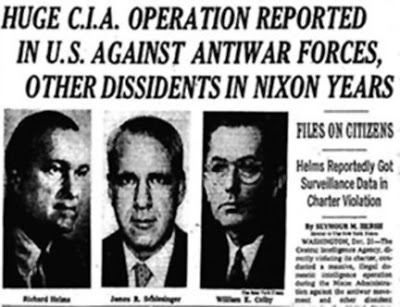 The impetus for this initiative, according to Huston’s later testimony to the Church Commission, was Nixon’s growing impatience with perceived bureau ineptitude coupled with rumors that the aging Hoover had become “mentally incompetent,” at least in the view of FBI third-in-command William C. Sullivan. Without his boss’ knowledge, Sullivan had collaborated with Huston on a plan that would, in fact, greatly diminish Hoover’s decades-long iron control over domestic covert intelligence operations and would simultaneously elevate Sullivan’s own role.

Nixon aide H.R. Haldeman informed Huston on July 14, 1970, that the president had approved the plan, and Huston gave the various intelligence agencies the go-ahead on July 23. The U.S. had a new and highly illegal security program, one which called for a stronger attack on militants, authorizing illegal break-ins, mail checks, bugs, wiretaps, monitoring of international communications, and “coverage” of American students (and others) traveling and living abroad.

The plan also created a permanent Interagency Group on Domestic Intelligence and Internal Security, composed of the chiefs of the FBI, CIA, DIA, NSA, and military intelligence agencies. The group was to “oversee all domestic intelligence, prepare intelligence estimates and evaluations, and ‘perform such other duties as the president shall, from time to time, assign.’” It was to work in secret, its existence and purpose known only to those with a “need to know.” The goal: better coordination and greater responsiveness to the White House.

There was one stumbling block, however. Though his conspiratorial nose had obviously weakened with age, Hoover was still alert enough to smell a rat, especially one in his own office, i.e., Sullivan. The old man, as Huston later told Haldeman, “refused to go along with a single conclusion drawn or support a single recommendation made” and furthermore had “entered his objections as footnotes to the report.” Hoover took his complaints to Attorney General John Mitchell, who backed Hoover’s contention that the plan be reconsidered. On July 28, the White House was forced to telephone the various agencies and ask them to return the memoranda giving the president’s approval. Sullivan was quietly demoted and quickly lost his position of influence in the domestic intelligence field.

While the Huston Plan was dead, however, the various clandestine operations that it had intended to coordinate and focus continued in the form of the Justice Department’s Internal Security Division, under whose auspices 13,000 May Day 1971 peace demonstrators were arrested (illegally, so the courts would declare) by riot-gear-clad Washington police and packed into overflowing jails and outdoor stadiums as well as the special grand juries/inquisitions which I will describe in the next installment.