James Retherford : Who Watches the Watchman? The Espionage Octopus 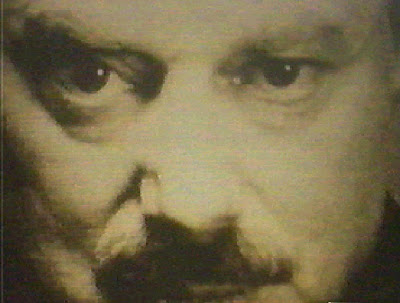 Part III
Who Watches the Watchman?

[A version of this series was originally researched and written six years ago. It describes in chilling detail how the U.S. government surreptitiously conspired to maintain lockdown social control of American citizens in the period up to and including post-Watergate. Go here for the introduction to and first two parts of “Who Watches the Watchman.”]

The Federal Bureau of Investigation did not work alone in creating its modern-day conspiratorial shadow government.

The Central Intelligence Agency in 1967 launched Operation CHAOS, a far-reaching and illegal program targeting American dissidents. The National Security Agency, a virtually “invisible” intelligence-gathering agency with a huge budget and workforce, in 1969 expanded what became Operation MINARET, a program for electronically eavesdropping on overseas communications.

In addition, various military intelligence agencies participated in spying not only on dissident military personnel but also on American civilians. Army Intelligence developed its own 100,000-name “enemies” list. Finally, the FBI and other federal agencies developed close working and information sharing relationships with the Internal Revenue Service and the U.S. Postal Service; the bureau’s postal connection facilitated mail spying while IRS connection was used effectively to investigate the finances of targeted groups and individuals. In time the IRS compiled an 11,000-name investigation list at the bureau’s behest.

Over the years these large intelligence-gathering agencies had developed internecine rivalries prompted at least in part by the profession’s apparently pathological aversion to sharing the fruits of their labor with anyone else, including, in some cases, the Justice Department and the president. Following Eisenhower’s 1956 example, succeeding administrations called upon the National Security Council to bring together the nation’s spy agencies into a joint covert domestic operation. Using FBI and CIA intelligence reports, the federal government compiled a Rabble Rouser Index of activists. By 1973 the National Security Council compiled a “watch list” of 300,000 domestic dissidents with alleged subversive foreign connections. More than 26,000 activists were targeted under Nixon’s presidential order for detention in the event of some unspecified “national emergency.”

According to David Kaplan, director of the Center for Investigative Reporting

Until 1974, the CIA conducted a widespread, illegal spying operation within the United States. According to Congressional reports, the names of 300,000 U.S. citizens were cross-indexed within agency files, and thousands of Americans were placed on “watch lists” to have their mail opened and telegrams read. The Pentagon’s intelligence operations spilled into a highly questionable area during the 1960s and early 1970s. The U.S. Army Intelligence Command, among others, ran a far-reaching domestic spying program that, at its height, fielded over 1,500 plainclothes agents from 350 offices to spy on anti-war and civil rights groups. The Army’s program was, in the words of a Congressional subcommittee, “both massive and unrestrained,” and compiled an estimated 100,00 dossiers on U.S. citizens. The Secretary of the Army subsequently ordered those files destroyed, although, like the CIA, there are now indications that such activities may have continued.

The FBI, CIA, NSA, and other governmental agencies, despite many obvious instances in which agents operated with obvious disregard for state and federal laws, nonetheless felt inhibited from engaging in certain types of direct action which, if detected, could bring serious political damage to the agencies themselves and quite possibly to the White House. The simple solution was to create so-called extra-jurisdictional agencies that could operate independent of federal control to carry out the agenda of domestic “counterintelligence.” In 1956 the Law Enforcement Intelligence Unit (LEIU) was the first such semiofficial agency to set up shop with the CIA providing funding, training, surveillance equipment, and a national computer database. 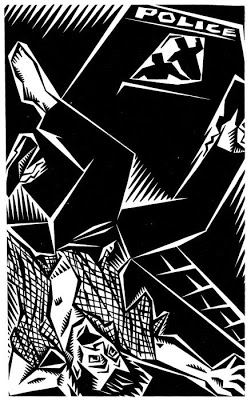 The FBI and various military intelligence commands worked in much the same way with local police departments to create funding conduits via the Law Enforcement Assistance Agency (LEAA) which supplied money, arms, and equipment to paramilitary vigilante groups. For example the 113th Military Intelligence Group provided money and arms to the Chicago Police Department’s “Red Squad.” These resources were, in turn, channeled to the Legion of Justice paramilitary group noted for violent attacks on the underground press and on New Left activists as well as for the break-in and theft of Chicago Seven conspiracy trial defense files.

In San Diego, where the Republicans initially planned to convene their 1972 national convention, one covert action campaign culminated in the January 6, 1972, assassination attempt on anti-convention organizer Peter Bohmer by the so-called “Secret Army Organization” of rightwing militia, a group formed, subsidized, armed, and protected by the FBI.

2 Responses to James Retherford : Who Watches the Watchman? The Espionage Octopus