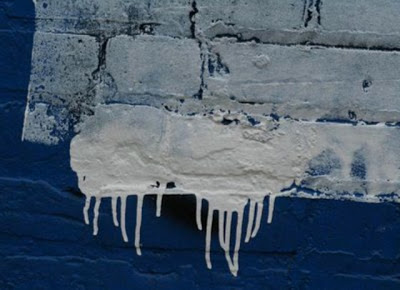 Photo by Donna Bister / The Rag Blog.
Gotten your bailout yet?

No? Unemployment insurance running out? Mortgage under water? Yes and yes? Well, fear not. Since the war on terror is chugging along nicely, and the government/military is planning for survival in the face of climate catastrophe, infrastructure decay, financial crisis, disastrous health care, and deepening debt, you — as a free American — are at liberty to look to your survival in your own personal way.

You may need help. Advice. We have therefore undertaken to investigate survival techniques potentially useful to the literary and Facebook-reading classes. Over the past year, your author has been surveying homeless populations in four major cities; this is the first report of information gleaned from their years of human experience in exceedingly trying circumstances. It is hoped that as homeland political, social, and economic circumstances deteriorate, you may be able to take advantage of some of these techniques.

Multiple use of existing materials makes for economy in scarcity situations. Food, for instance, can serve for clothing, insulation, and even privacy. Consider for example the following not uncommon situation:

After a sleepless night in a public shelter or lavatory, exhausted by guarding your possessions, you will surely need a good daytime place to nap. In inclement weather, public libraries are ideal, especially for the well-educated. However, library policy has recently turned draconian, and anyone sleeping rather than reading is usually asked to leave.

Two slices of baloney can solve the problem. Choose a brand as close to your skin tone as possible. In the center of each slice, cut an eye-shaped hole. Choose a good book or journal, open it, sit well-propped in a chair, and place a slice of baloney over each eye. A cap or kerchief low on the forehead will improve the illusion. Then, off to the arms of Morpheus. It will take a sharp-eyed, highly motivated guard to catch you napping, and, what with budget cuts, these are in ever-rarer supply. After your nap, put the baloney away for further use.

Soft white bread, such as Wonder Bread or Tiptop is not only inexpensive, but is also an excellent insulator. Due to trapped air, its R rating is high, comparable to fiberglass or foam: a must investment, even with diminished funds. Slices can be stuffed in clothing, and in key body areas such as the small of the back or lower abdomen to maintain core temperature in hypothermic environments. Don’t forget the head! — 70% of body heat escapes from the scalp. Wonder Bread fits nicely under any hat or cap, or can be trimmed for a custom fit.

Fast food restaurants invariably have packets of yellow mustard available for the taking. You’d be surprised at how well Grandma’s recipe for cold still works! Simply smear yellow mustard over your chest and abdomen, and along your sides (get up under those arms!) for long-lasting, bio-chemical warmth. It’s free — and it’s good for you, too.

Forget Kleenex from now on, and don’t keep a cold in your pocket with cloth hankies. Even the worst exposure-induced upper respiratory condition can be contained by blowing the nose into lettuce leaves, available free in great quantity in supermarket dumpsters. A day’s supply can easily be carried in pocket or purse.

Now here’s a trick: At the end of a long day, when the baloney is a bit soiled and the bread somewhat tamped, scrape a small amount of mustard from the small of your back, whip out a few lettuce leaves, lay meat eye-hiders to bread insulation, and voila — a classical baloney sandwich — utilizing three of the four major food groups — for your evening meal. Well fed, you can re-pack for a nighttime of maximum insulation.

It is an open secret among the poor that pet foods are perfectly fit for human consumption. Don’t be embarrassed to survey the huge selection in your supermarket — no one will suspect you are shopping for yourself and not for Fido or Kitty. There are so many choices that it may take a while to discover your favorite brands and flavors. No need to restrict yourselves to “gourmet” varieties. The “gourmet” label is simply a marketing device targeted at upscale pet owners. The contents are virtually the same as that of cheaper brands.

Dry dog or cat food travels well, and can be wetted down at public drinking fountains. It is also ecological, since there is no can to dispose of. For the more affluent, canned cat food is probably your best bet. 9-Lives remains the trend setter, though it is virtually indistinguishable from other canned varieties. For an occasional treat, this writer recommends Sheba Moist Tender Chunks: Salmon Entree.

There do seem to be gender difference in the choice of food types, with men preferring dog food, and women, food for cats. For you he-men out there, we can recommend Mighty Dog — Beef.

The Obama presidency boasts a radical neo-conservatism combined with a fearless approach to the future, a commitment to institutions of the past, and strong motivation to deal with the problems which lie ahead. In the interests of political clarity, I would urge the president, and his advisors — Messrs. Summers, Geitner, Bernanke, Emmanuel, and Netanyahu — to have the courage of their convictions, and take things all the way.

With bipartisanship guiding all three branches of government, there should be only minor difficulty in bringing back an idea whose time has surely come again. Slavery has gotten a bad name with the liberal press, yet an unprejudiced mind can easily see its many benefits. Who can deny that living in the homes of wealthy families — even without pay — is preferable to a life of hardship, disease, and crime on cruel streets?

Family values would be maintained and promoted as mammys took care of the children, aiding harried executive moms. Cultural diversity would prevail as songs of the old South were heard again, and mixed races and cultures would be seen once again in the more exclusive neighborhoods. This is compassionate conservatism at its best.

However divided liberal opinion here may be, given the advancing pauperization of the middle class, it is not hard to imagine a time in the near future when it, too, could benefit by such a system as greatly as people of color. Congressional debates will be heated, of course, but with a bi-partisan Senate, there should be no problem with having the majority prevail. Another hard-won triumph for democracy.