People intent on taking back control of welcoming a child or saying goodbye to a loved one often find they don’t have the skills or information they need. 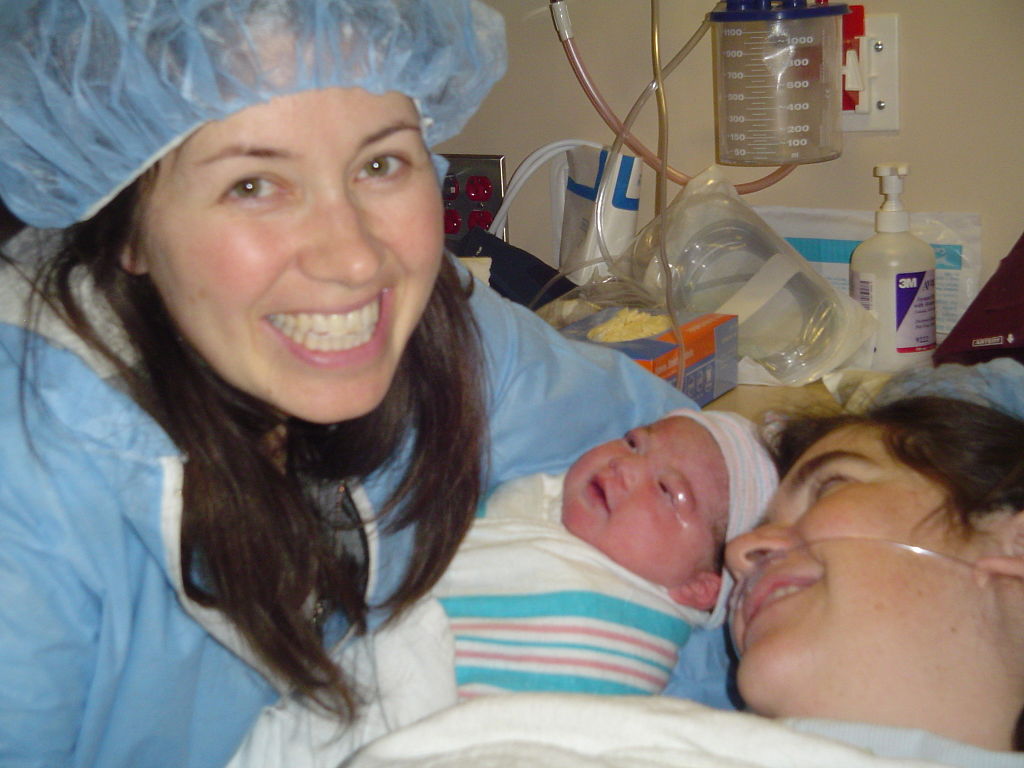 A current national pretense: having a baby means cute baby stuff and competition for nursery school slots while death… well, death doesn’t exist at all, because aging is not allowed. Meanwhile, real life doesn’t happen without these defining events. Humans have honored the ultimate life transitions in their communities in many ways through the ages, but always they were honored.

During the past 100 years of American society these rituals have systematically been lifted from the hands and homes of family members and friends and subjected to laws, regulations and changing societal norms until these most basic personal rites hardly belong to us anymore, and there’s been a movement going on for a while to change that.

First problem: people intent on taking back control of welcoming a child or saying goodbye to a loved one often find they have neither the skills nor the information they need to finesse the medical authorities and fulfill paperwork demands. While these things can be handled by the determined, some human support helps.

As people push back from the almost complete institutionalization of these rituals, many do so only to find the community and extended familial support networks of the past no longer exist in much of our demographically fluid society. As these kinds of problems often do, this one created the need for a support that takes the place of aunts, old neighbors or long-time friends. The Doula (doo’-lah) is a new service professional taking a growing community role in answer to this need.

In our past community-based birthing systems, the friends or family members who helped the birth mother viewed their role as providing emotional strength, above all. Caregivers stayed with the mother throughout the birth and during the traditional “lying in” period after, when she stayed alone to bond with her baby for a period of time.

By the mid-1900s women who had the funds (or the insurance coverage) began to opt for ‘modern’ births in hospitals.

In early 20th Century America, the age old community-based social childbirth philosophy of home birthing began to morph into an institutional “philosophy” as the demographics of communities changed and the “modern” medical model of pregnancy as a disease of nine months duration took hold. By the mid-1900s women who had the funds (or the insurance coverage) began to opt for “modern” births in hospitals.

The new hospital birth settings then became vehicles for all the newest technologies and medications in a controlled setting where mother and child submitted to the constraints imposed by hospital protocols. Celebrating at home with friends and family waited until after hospital release when the pregnancy was over, the child was pronounced “viable” and the mother released from her “disease.” The downside, of course, was non-ambulatory mothers delivering babies in near comatose confinement amid greater and greater medical intrusions on newborns, such as the overuse of forceps during delivery.

Sometime in the ’70s the rebellion of people against this situation began to be noticed. Hospitals stayed competitive by offering more “natural” childbirth protocols and maternity wards were rechristened as birthing centers with fetal monitoring, Lamaze techniques, and an easing up on the powerful pharmaceuticals. It was an improvement. Mothers even began to be conscious during birth, but it was still far from natural. While the hospitals were turning natal units into their versions of birthing centers, independent birthing centers began to spring up in the community in competition. (1)

Most hospitals now welcome family members during labor and birth, but intrapartem nurses are the main medical support — nurses whose time is also taken up by administrative duties and other patients, leaving little time to focus on the birthing mother’s emotional, spiritual, or physical needs…never mind those of her other loved ones.

Birth Doulas have arisen to provide this emotional, psychological, and practical support.

Birth Doulas have arisen to provide this emotional, psychological, and practical support. Their very appearance and increase in numbers over the past 20 years is evidence that the pendulum swing away from institutionalization has picked up speed. Government statistics on home births reflect an upswing that began around 2004 as well as information that home births have a “lower risk profile.” (2)

The term “doula” is said to have been in use since about 1969. The first training and certifications began in 1992 by Doulas of North America. In Austin, the main Birth Doula organization is the 20-year-old group ATX Doulas.

They define a Doula as a “woman experienced in childbirth who provides advice, information, emotional support, and physical comfort to a mother before, during, and just after childbirth” and explain that the Doula is not the same as a midwife, who is considered a medical professional. (A Midwife tends to the health of the mother and the baby while Doulas provide emotional support and information.) Doulas coach the mother and take care of family members. They know all about the birthing process, of course, but they are also  medical advocates who interface with medical facility personnel and understand all the paperwork too.

Birth Doulas are not only for home births; 90% of ATX Doula clients choose to birth in the hospital. Their website has lots more information, including a specific price list for on call Doulas and dates of upcoming gatherings.

This is obviously a flourishing area of service. Their numbers are growing as more newly certified Birth Doulas start working with mothers-to-be, their partners, friends, and families every day. 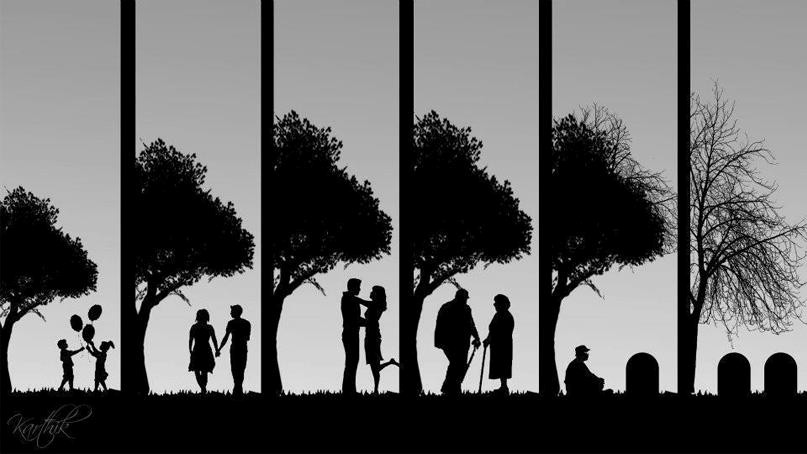 Conscious leaving and the Death Doula

Since the ’70s the parallel “conscious dying” movement has been spreading across the country also. Conscious dying groups explain that the term means just that, to manage the medical and physical aspects of the end of life so that the person “leaves this world alive,” so to speak, with individual control that keeps their awareness, dignity and hope intact “through the journey of death and beyond.”

The Death Doulas provide the same type of support for people and families facing the end of a loved one’s life.

Today, this movement has spawned its own Doulas. The Death Doulas provide the same type of support for people and families facing the end of a loved one’s life that Birth Doulas do for those just beginning theirs. In Austin, Death Doulas are not organized into a cohesive group yet but there are some very active individuals, like Deanna Cochran, a local RN, certified hospice and palliative care nurse.

Cochran likes the term “Soul Midwife.” She says, “We are living during a time where people are more conscious of what they need and how they want to be supported in all phases of their lives, including their dying.” Her goal is “to make sure the patient is comfortable and to make sure the family has as little anxiety as possible,” she said. “I’m not about taking away the sadness. It is sad.”

Cochran was already a palliative care nurse working with hospice patients when she began receiving emails and phone calls from people asking how to support the dying, then calls from people who were interested in becoming a Doula for the dying. The requests prompted her to develop another website for her own training and mentoring program called “Accompanying the Dying.”

For anyone interested in becoming a Death Doula, Cochran says, “It is imperative to make sure you are getting the focus you want. Some are geared towards spiritual midwifery and others towards home funerals.” Cochran’s program is a practical quality of life care guide and awareness training grounded in practical applications.(3)

Needs are varied so a Death Doula might do many things. She/he might only be asked to sit with a person through a natural, peaceful death process… an age-old vigil in homes in communities throughout history. Or a Death Doula might be asked to use their extensive knowledge to assist a person in only the planning of his/her own funeral or to help the family of a passed individual carry out their wishes or make intelligent decisions if the family is unsure.

Other things a Death Doula will do when asked: forgiveness work, writing the life story, putting a fitting burial or cremation plan into place, talking to medical personnel, finding hospice or home care, providing insurance information and help filling out forms, or just providing a second opinion or hand to hold.

Death Doulas are international. In a recent Guardian article by Eleanor Tucker on Rebecca Green, a well-known UK Death Doula, Green tells Tucker she came to the occupation simply because she discovered she had a “knack” for being comfortable with and around people who were dealing with death. This is a common explanation by Death Doulas, including those in Austin, on how they came to the profession.

‘I’ve even met up with a man who simply had a fear of death and just wanted to talk about it for a couple of hours.’

Green says: “People want different things from me… I’ve even met up with a man who simply had a fear of death and just wanted to talk about it for a couple of hours and that was it, I never saw him again…and often — in fact in most cases — what we talk about is not death, but something else.”(4)

For those in hospitals and hospices, vigil volunteers with the No One Dies Alone (NODA) movement are a possible resource as well. In Austin, Seton and Brackenridge have NODA volunteer programs.

NODA volunteers may be nurses, chaplains, or just folks who believe a person’s passing is a sacred scene which should be witnessed, at the very least. Their commitment is to keep a person company and provide some additional comforts as may be requested. It may be hand-holding; it may be conversation; it may be silence or quiet music.

Although they are certainly not as common as Birth Doulas, interest in — and demand for — Death Doulas is on the rise. “It’s because most of us would prefer to die at home, cared for gently,” says Barbara Chalmers of Final Fling, one of many resources for people who want to plan their own funeral service in advance.

For the independently-minded there are more resources all the time for self-education on current funeral laws and requirements, prepaying one’s own passage costs, passing from this life in the comfort of one’s own home, etc. For information on legal requirements, check out the Texas Funeral Service Commission  or the Funeral Consumers Alliance websites.

The modern occupational niches in which Doulas perform their services have arisen along with the larger movement to take back individual control over life cycle experiences all humans face, to experience both birth and death as the natural and constant processes they are and not as dictated by medical, legal or governmental constraints