How is it that for 11 long days of the Gaza War, the New York Times editorial board chose to remain voiceless? 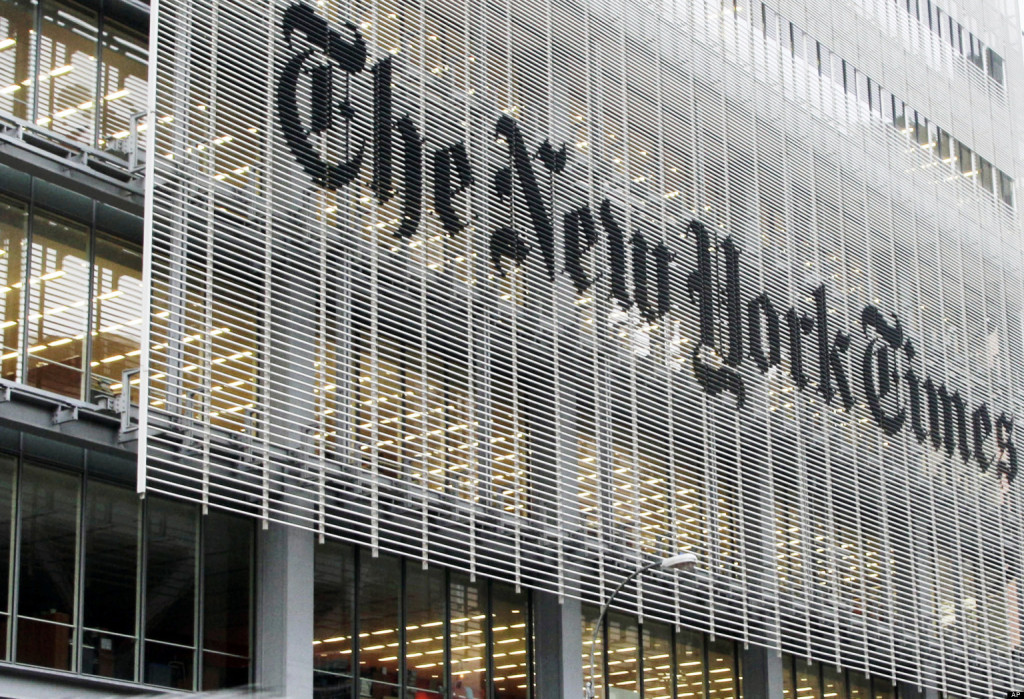 The mighty New York Times: Where was their voice?

Respect them or not, it is undeniable that The New York Times remains preeminent among its competitors and over the many decades has displayed courage in publishing the Pentagon Papers and in the high quality of its many investigative reports. No issue, however controversial, seemed untouchable.

So I ask: How is it that for 11 long days, its editorial board chose to remain voiceless during the Gaza War, with its pitiless air war, soaring rockets, a growing army of refugees, and ever-increasing civilian deaths? You can name virtually every conflict since the end of WWII and be absolutely certain that the Times’ editorial writers were on the job, advising, cajoling, criticizing, and commending — even apologizing after its initial support for the Iraq War.

In its last editorial before it went unaccountably still, the paper used the gruesome murders of four youngsters in Israel/Palestine to warn both sides “to think again about the need for a permanent peace, but the loss of four young men may not be motivation enough.”

Then silence. Other than some exemplary field reporting, especially by Anne Bernard and a commendable Op Ed “A Mother’s Fear in East Jerusalem,” not a word.

Early on, speaking only for himself, it finally took Op Ed columnist Roger Cohen to write about a war for the preservation of an ungodly status quo that dooms all sides to perpetual conflict. “Jews should study the Nakba. Arabs should study the Holocaust. That might be the first step toward two-state coexistence,” wisely concluded Cohen, adding “The Jews and Arabs of the Holy Land are led by men too small to effect change.”

Days later, columnist Nicholas Kristof, again speaking only for himself and not the paper’s management, wrote, “Here we have a conflict between right and wrong that has been hijacked by hard-liners on each side who feed each other.”

The paper’s editors also missed a fundamental difference in Jewish opinion about the war which was fought out in the independent Jewish Daily Forward. J.J. Goldberg, its former editor, now editor-at-large and by his own reckoning a dedicated Zionist, wrote that much of the early information emanating from the Netanyahu government about the three Jewish boys’ disappearance was “simply put, a lie” because the Israelis knew they were dead and the refusal to reveal that fact helped lead to “an unnecessary war.”

“Nor was that the only fib,” Goldberg wrote.

It was clear from the beginning that the kidnappers weren’t acting on orders from Hamas leadership in Gaza or Damascus. Hamas’s Hebron branch — more a crime family than a clandestine organization — had a history of acting without the leaders’ knowledge, sometimes against their interests. Yet Netanyahu repeatedly insisted Hamas was responsible for the crime and would pay for it.

An explosive charge, it heightened hopes that Hamas could at last be eliminated in the West Bank and then Gaza. “Hamas in Gaza began preparing for it. The Israeli right — settler leaders, hard-liners in his own party — began demanding it.”

Not so, Gil Lainer, the counsul for public affairs at Israel’s Consulate General in New York, angrily snapped back, calling Goldberg’s story a “tall tale of conspiracy that Israel hid the deaths of our three boys so that it could crack down on Hamas.” Goldberg, he went on, was “dangerously naïve” in claiming that this war is one ‘that nobody wanted…not even the enemy, Hamas.”

And more: “To claim that Hamas does not want this war is to ignore what Hamas is: the physical and organizational manifestation of a century old Palestinian hatred towards the Jewish people.” To which Goldberg responded: “Is This [the] Best Defense Israel Can Muster?”

In the end, this war of words between Zionists would have made a great story for the Times, and still does. But infinitely more important is the paper’s obvious reluctance to comment editorially — once in 13 days at this writing while a bloody war rages.

Is it because of fear of losing advertisers? Or being caught between readers who believe Israel is always right and those who don’t? Is there no advice to offer: A cease fire, or a negotiated truce offering face-saving concessions to both sides? Another go at failed negotiations? An international crackdown on both parties? Perhaps sympathy for all the endangered Palestinian men, women, and children and even Israeli conscripts, some no doubt forced to fight a war they do not approve? If African, Iraqi, Syrian, Ukrainian, and Russian civilian lives count, why not war’s latest victims too?

[Murray Polner, former editor of Present Tense, published by the American Jewish Committee, edited, with Stefan Merken, Peace Justice and Jews: Reclaiming Our Tradition, and wrote No Victory Parades: The Return of the Vietnam Veteran.]