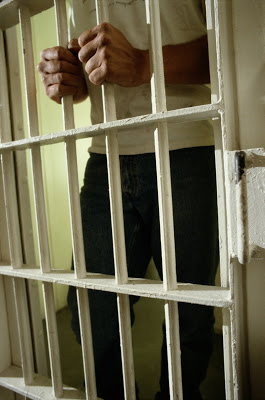 And the chicks are coming home to roost.

The number of women in prison “rose faster in 2006 than over the previous five years,” mostly in Hawaii, North Dakota, Wyoming and Oklahoma, the Bureau of Justice Statistics report said.

The number of people under supervision in the nation’s criminal justice system rose to 7.2 million in 2006, the highest ever, costing states tens of billions of dollars to house and monitor offenders as they go in and out of jails and prisons.

According to a recently released report released by the Bureau of Justice Statistics, more than 2 million offenders were either in jail or prison in 2006, the most recent year studied in an annual survey. Another 4.2 million were on probation, and nearly 800,000 were on parole.

The cost to taxpayers, about $45 billion, is causing states such as California to reconsider harsh criminal penalties. In an attempt to relieve overcrowding, California is now exporting some of its 170,000 inmates to privately run corrections facilities as far away as Tennessee.

“There are a number of states that have talked about an early release of prisoners deemed non-threatening,” said Rebecca Blank, a senior fellow in economic studies at the Brookings Institution, a centrist think tank. “The problem just keeps getting bigger and bigger. You’re paying a lot of money here. You have to ask if some of these high mandatory minimum sentences make sense.”

The bureau’s report comes on the heels of a Pew Center on the States report showing 1 percent of U.S. adults behind bars, a historic high. The United States has the largest number of people behind bars in the world, according to the Pew report.

Black men, about one in 15, were most affected, and Hispanics, one in 35, were well represented among offenders. The number of women in prison “rose faster in 2006 than over the previous five years,” mostly in Hawaii, North Dakota, Wyoming and Oklahoma, the Bureau of Justice Statistics report said.

In 1980, about the time that tough sentencing laws, particularly for drug offenses, began to be passed by federal and state legislators, 1.8 million people were in the system and $11 billion was spent on corrections.

“It’s really like a runaway train,” said Ryan King, policy analyst for the liberal Sentencing Project. “Nobody’s taking a step back and asking where all these billions of dollars are going.” With so much overcrowding, King said, states “need billions of dollars to build enough beds to catch up to where they need to be.”

Defenders of the system argue, however, that the rise in the prison population means that more dangerous criminals have been taken off the streets.

“If you look at the fact that these are people who are committing a crime, creating a danger to the public, you can’t look at it as wrong,” said Scott Thorpe, chief executive of the California District Attorneys Association. “What is the appropriate number of people to be incarcerated to ensure public safety? I don’t know if you can answer that.”

State contracts with private prisons to house offenders grew by 6 percent, or about 6,000 inmates, the report said. Nearly 114,000 state and federal prisoners were in private institutions in 2006.

Tim Lynch, director of the criminal justice project for the libertarian Cato Institute, called the numbers “scandalous” and said states have resorted to “tinkering” to solve prison overcrowding.

Lynch and others said the drug war is destroying American inner cities almost as much as the drug trade. “When you lock up a bank robber, a child molester or a mugger, you’re removing a career offender from the street.

“When you lock up a drug dealer, he is immediately replaced,” Lynch said. “We tried this with alcohol during Prohibition and it didn’t work. We’re not reaching the same conclusion with the drug war. It’s slowly sinking in, but it will take politicians some time to turn this around.”