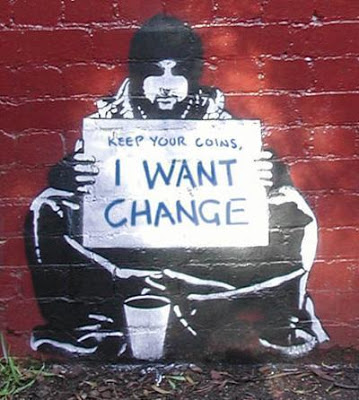 ORLANDO — The City of Orlando, in keeping with corporate dominance by theme park and other business interests, has adopted a number of repressive measures promoting a pristine, “family values” image.

Combined with large-scale publicly-funded redevelopment initiatives, these measures have essentially created a downtown police state to facilitate “revitalization” through ethnic cleansing (displacement), the removal of other discordant elements such as youth and the homeless, and gentrification.

Weekly feedings of the homeless by Orlando Food Not Bombs (FNB) in the City’s landmark Lake Eola Park does not fit with this agenda. Over two years ago the City passed an ordinance restricting the size of any single feeding to 25 individuals. Since FNB feedings have typically attracted 30 to 50 members of the homeless population, this belied the claims of the City that it was not singling out any particular organization.

Central Florida Movement for a Democratic Society (MDS) and University of Central Florida Students for a Democratic Society (SDS) have been involved in conjunction with FNB in the feeding program. Members of both MDS and SDS testified at public hearings against the passage of the ordinance, and after it passed defied the ordinance by refusing to move or scale back the feeding program.

On one occasion, an FNB member was arrested for having the audacity to feed an illegal number of the homeless. On another occasion, several FNB members were arrested for disturbing the peace outside a fundraiser for Mayor Buddy Dyer. In both cases the FNB members were acquitted at trial. When the ACLU agreed to take up a suit against the City for the infringement of the First Amendment Rights of FNB, the First Vagabonds Church of God and others involved, joint FNB and MDS member Benny Markeson was one of five individual plaintiffs. With this latest victory–in federal court–it’s homeless team 3, City zip.

ORLANDO, Fla. – The American Civil Liberties Union of Florida won an overwhelming victory today in First Vagabonds Church of God vs. City of Orlando, the highly publicized “homeless feeding” case in Orlando. The 14-page opinion issued by Federal Judge Gregory A. Presnell hinged on the plaintiffs’ right to Free Exercise of Religion and Freedom of Speech.

The lawsuit was filed by the ACLU on October 12, 2006 on behalf of the First Vagabonds Church of God (FVCG), Orlando Food Not Bombs (OFNB) and several individuals. The lawsuit alleged that the City of Orlando’s ordinance on Large Group Feeding violated religious groups’ constitutional rights to free speech, free assembly, free association and freedom of religion. The City’s ordinance required groups and individuals to apply for a permit, only two of which are allowed per year, in order to share food with more than twenty-five people in downtown public parks. Violations were punishable by sixty days in jail and a $500 fine.

“After a two-year battle in court, we are thrilled that the court is vindicating the rights of the First Vagabonds Church of God and Orlando Food Not Bombs, and the homeless persons they serve,” said ACLU senior attorney Glenn Katon, who also heads up the ACLU of Florida’s Nancy and Martin Engels Religious Freedom Project. “Freedom of religion and freedom of speech are the cornerstones of the First Amendment and this ordinance flew in the face of the most basic constitutional rights of people using the parks to share food with the homeless. Now, thanks to a lot of hard work by many, they can.”

“If the spirit of God draws number twenty-six to me, how can I tell God, ‘no’,” Pastor Brian Nichols of the FVCG said earlier this year. “How can I choose between God’s will and the City of Orlando’s ordinance?”

The judge’s opinion went on to say: “Rather than address the problem of homelessness in these downtown neighborhoods directly, the City has instead decided to limit the expressive activity which attracts the homeless to these neighborhoods. While the Ordinance may very well accomplish the goal of diminishing the number of homeless in the Thornton Park and Lake Eola neighborhoods, the restriction clearly prevents OFNB from communicating its Constitutionally protected speech at a meaningful location which, from time immemorial, has been the traditional public forum for free speech.

Although some incidental restrictions on First Amendment freedoms must be tolerated, the Court concludes that the restriction here goes too far.”

“This ruling sends a loud and clear signal to the Orlando community – the ACLU is here to stay, and we will be protecting the Constitution in Central Florida,” said Dr. Joyce Hamilton Henry, ACLU of Florida Central Region Director. “We expanded into this part of the state because there are so many real issues that need our attention – and we are already seeing the benefits to our presence here.”

The FVCG and OFNB are Orlando-based organizations that assemble weekly to share food in public parks and to express their religious and political beliefs, respectively.

The FVCG is a homeless church without a building for worship. Pastor Nichols’ religion requires him to share food and help provide life sustaining services with his congregation.

“This has been an emotional legal battle – and we are pleased that in this case the rights of the downtrodden are being vindicated,” said Jackie Dowd, ACLU cooperating attorney. “This was a mean-spirited ordinance. Hopefully it sends a signal to the City of Orlando that we mean business and we won’t tolerate unconstitutional policy in Orlando.”

A copy of today’s opinion can be downloaded in PDF here.