Planning for the Worst : Depression as Progressive Correction 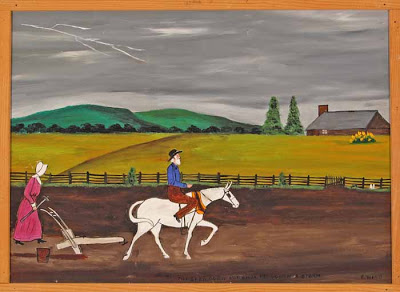 By rehearsing progressive responses in advance of crisis it may be possible to prevent excesses of panic and conflict that we are just beginning to see.

Prior to the August recess of 2009, state actors might have done something to alleviate the crush rather than postpone it. Instead, our policy machinery has been spinning away in bubble land. As Mike Whitney sez, “It’s been two years since the crisis began and nothing. . . NOTHING has been done to fix the banking system.” A public ethic that is prepared to anticipate and seize opportunities for correction might do some good work in displacing the gaps that policy leadership won’t close.

Of course, we should pray to be wrong when we forecast a hurricane headed our way. But we should also get busy making preparations — both individually and socially. What would a progressive response to depression look like? Food, shelter, utilities, health care, education, and opportunities for productive labor — these are a few items to get us started. We certainly won’t be allowed to forget the challenge of peace.

A progressive approach might begin by imagining the correction of workable relationships not yet displaced, whether they are public, nonprofit, cooperative, or profit-seeking. This notion of relationship correction is developed as a first response against popular images of crisis that divide reality into so many warring units of self-preservation. Individualistic — and usually well-armed — imaginations have striking cultural power. They are certainly the kinds of ideas that count for “original intent” in the USA.

Grassroots progressive planning can help to grow another kind of imagination, but it won’t be the dream of all things collectivized. Transforming all relationships from private to public is not the same thing as making the world productive, ethical, or just. Versus agendas for complete nationalization on the one hand or complete privatization on the other, therefore, a progressive agenda might prepare some realistic guidelines for crisis planning that are corrective, liberating, and respectful of the workable past.

Grocery stores and department stores can deliver goods to market. Soup kitchens and homeless shelters can meet basic needs. Schools — with their lunchrooms, classrooms, and gyms — help people to grow in many ways. Progressive planning can try to keep these institutions functioning together even as they are — all of them — corrected.

By rehearsing progressive responses in advance of crisis it may be possible to prevent excesses of panic and conflict that we are just beginning to see. As some forms of assets continue to implode and take productive capacities down with them — putting people into frightened and frightening moods — we might focus on assets that can be preserved, reconstructed, reorganized, and even extended nevertheless. Already some voices are talking of depression as reeducation. We might think of a great depression as a great teacher and then throw ourselves into the learning and unlearning that great education requires.

Against the already growing conflicts between one-sided responses, I think progressive plans for depression might anticipate the blame game. One side is prepared to blame socialism. Another side will blame capitalist greed. Progressive reformers can perhaps strike a mediating position that looks for corrections both in the buildup and misuse of state power and in the pursuit of market growth. While some voices would have us learn the neglected value of personal responsibility, others will encourage nurturing communal interdependence. A progressive agenda might remind both sides how neither can speak the whole truth.

On questions of capital, I have been drawn to San Francisco economist Henry George because of the way he thinks about public and private coordination. He has a strong sense of public responsibility and a keen respect for entrepreneurial talent. A progressive approach to corrections in capital development would be neither public nor private en bloc. Our right to commons does not have to overturn our right to private properties — or vice versa.

Right wingers focus on workers’ dependence upon capital growth and earnings, while left wingers point out there can be no capital without labor first. A progressive agenda schooled in market theory might be able to transform these colliding interests into a more humane and more flexible economy. Capital is like seed corn as right wingers claim, because capital contributes to next year’s harvest. But capital is also something very different from seed corn, as left-wingers can demonstrate, because the collective organization typically demanded by capitalists prevents actual harvesters of seed corn from calling it their own next year.

Perhaps the great opportunity of the correction challenge is to work out a more progressive approach to the relationship between capital and labor such that the seed corn we all help to harvest throughout the workday is treated as a resource worthy of intense public concern. This doesn’t necessarily mean that capital is taken out of private hands, but it does mean that private holders of returns on investment have real obligations to the social labor that makes all earnings possible.

It can’t hurt to deliberate progressive plans and principles for a coming correction. Even if the crisis never comes, the exercise will help us to discover how real peace can be fought for.

This entry was posted in Rag Bloggers and tagged Economic Depression, Economics, Progressives. Bookmark the permalink.

1 Response to Planning for the Worst : Depression as Progressive Correction