Reborn on the Fourth of July or Patriotism Once More Revisited 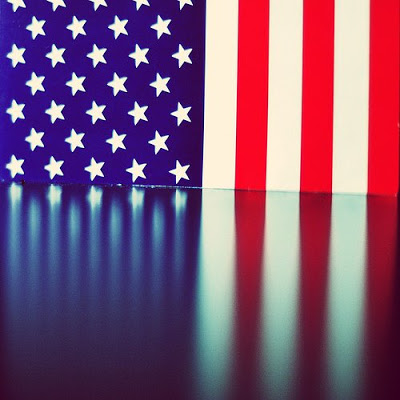 Fading Glory
On Patriotism.
[revised annually on the 4th of July]
By David Hamilton / The Rag Blog / July 4, 2008

Defending the patriotism of America’s internal critics is a time honored ritual, necessary because the warmongers invariably call it into question. Barack Obama is embroiled in this exercise now. The assumption shared by all parties in this debate is that being unpatriotic is a most odious characteristic. But patriotism is typically just a euphemism for nationalism. It is exemplified by the unqualified stance that right or wrong, one supports one’s country’s actions in the international arena. Nationalism was once progressive in relation to colonialism, but the era in which it is a force for good ended long ago.

Support of your country’s actions irrespective of the consequences for others is immoral. Germans are particularly well schooled on this point. Hitler was rabidly patriotic, and in reaction to the horrors he instigated under that banner, Germans are now the world’s most avid internationalists, and along with France, the nucleus of the European Union, the world’s most successful example of the transcendence of nationalism

Nationalism may be justifiably seen as the root cause for the loss of 100 million lives in wars of the 20th century. It was the central issue in both WWI and WWII. As the result of the excesses of nationalism, in 1945 Europe lay in ruins with over 50 million people having died unnecessarily in the preceding 5 ½ years.

Using patriotism to mask aggression is now virtually monopolized by the USA. During the past 40 years, instances of countries other than the US invading another country are rare. Saddam Hussein’s Iraq did invade Kuwait after the US ambassador told him the US would have no problem with such a move. The US client state, Israel, has occupied the territory of all of its Arab neighbors, although in some cases they were attacked first. Turkey, another close US ally, has occupied part of Cyprus and attacked Kurdish rebels in the border area with Iraq. During the same period, the USA has attacked Iraq twice, Panama, Nicaragua, Grenada, Vietnam, Cambodia, Laos, Sudan, Afghanistan, Somalia, Serbia and Libya. Now the US is threatening Iran and bombing along the Pakistan border.

This list does not include lethal CIA operations in many other countries. During this same period, Europe, the cradle of nationalism, has transcended it by establishing the European Union. As a result, there have been decades of peace between European nations, a historically unprecedented feat. A war in Europe is now almost unthinkable.

Patriotism is very often no more philosophical than the unity among Crips and Bloods or Longhorns and Aggies. Such tribal allegiance is based more on the male competitive instincts, testosterone run amuck, than on principle. Although it might be praiseworthy to go to war in support of values such as freedom, justice and democracy, in war these are typically just propaganda themes brandished by warmongers as rationalizations for aggression.

Hopefully, in the 21st century human society will evolve to the point where allegiance to universal human rights transcends allegiance to country and where international institutions will be the sole legitimate agencies to enforce international law. Such laws would include prohibitions against unilateral military actions by one country against another under any circumstances. Use of military force would only be legitimate if authorized and controlled by a United Nations reformed to remove the victors of WW II from their undemocratic dominance within it.