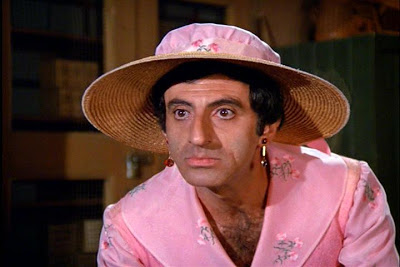 More than 12,000 gay men and women have been expelled from the U.S. armed forces since the Pentagon’s policy of “don’t ask, don’t tell” took effect 15 years ago.

On Wednesday, Congress held its first hearing on whether to repeal that policy. It happened to coincide with the 60th anniversary of the order by President Harry Truman that ended racial segregation of the military.

Speaking in the Capitol Rotunda to lawmakers, administration officials and African-American veterans, the first black chairman of the Joint Chiefs of Staff, Colin Powell, proclaimed, “We are all created equal, with inalienable rights.”

“We have to make sure that those rights, those inalienable rights, belong to all Americans,” he said. “Thank you, God bless you, and thank Harry Truman.”

California House Democrat Susan Davis was at that commemoration. Hours later, she cited it as she chaired the first post-“don’t ask, don’t tell” hearing ever.

“I couldn’t help but just change some of the words that were being stated about how important it is for us to have equal treatment under the law,” she said.

Davis was unable to persuade anyone from the Pentagon to testify at the hearing. But the Armed Services panel did hear from a straight, retired African-American Army major general, Vance Coleman. He compared today’s official policy against gays in the military to the segregation he encountered enlisting in 1947.

Another witness, retired Navy intelligence Capt. Joan Darrah, was once secretly gay. After nearly 30 years in the military, she had an epiphany after leaving an area of the Pentagon minutes before it was obliterated on Sept. 11, 2001.

“The reality is that if I had been killled, my partner then of 11 years would have been the last to know, as I had not dared to list her name in any of my paperwork or on any of my emergency contact information,” she said. “It was the events of Sept. 11 that made me realize that ‘don’t ask, don’t tell’ was taking a much greater toll than I had ever admitted.”

Darrah then retired from the Navy a year earlier than planned.

Marine Sgt. Eric Alva, a gay man visited by President Bush after losing a leg to a landmine — the first U.S. casualty in the Iraq invasion — also testified.

“That landmine may have put an end to my military career that day, but it didn’t put an end to my secret,” Alva said. “That would come years later, when I realized that I had fought and nearly died to secure the rights for others that I myself was not free to enjoy. I had proudly served a country that was not proud of me.”

Taking the opposite side was another witness, retired Army Sgt. Brian Jones, who said, “With all the important issues that require attention, it is difficult to understand why a minority faction is demanding that their concerns be given priority over more important issues.”

Jones got a sharp comeback from Connecticut Republican Chris Shays.

Also arguing against allowing gays in the military was Elaine Donnelly, who heads the Center for Military Readiness.

“We would lose thousands of people if they were told under a zero tolerance policy that you must accept the new paradigm, which is forced cohabitation of men and women with homosexuals in the military,” she said.

But California Democrat Ellen Tauscher, who is sponsoring legislation to repeal “don’t ask, don’t tell,” said the issue was one of civil rights.

“I believe that repealing the ‘don’t ask, don’t tell’ policy is probably the last civil rights issue we have,” Tauscher said.

Still, Democrats say Congress won’t act on repealing the policy until a new president is elected.