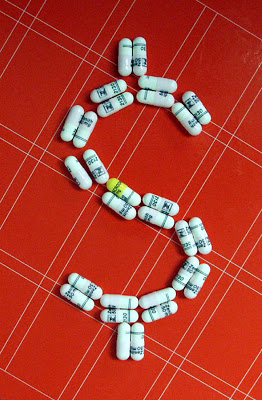 The top five insurers made $12 billion in profits last year, while dropping coverage for 2.7 million people.

With health reform floundering, Democrats have renewed their attacks on the insurance industry and they hope that a new report out yesterday will bolster their case that insurance company practices need to be reigned in. The report finds that the top five largest for-profit insurance companies increased their profits by $12.2 billion last year while dropping coverage for 2.7 million Americans.

As a group, WellPoint, Aetna, UnitedHealth Group, Humana, and Cigna saw their profits jump 56 percent in 2009, up $4.4 billion over the previous year, according to the report. Four out of five companies saw profits increase while insuring fewer people. Cigna increased earnings by 346 percent while UnitedHealth shed 1.7 million beneficiaries. Aetna, which increased its membership and percentage of premiums spent on medical care, was the only company to see less income in 2009 than 2008.

“Increasing your profits, dropping people is a specific corporate strategy,” said Richard Kirsch of Health Care for America Now, the progressive coalition that prepared the report. “What the big health insurance companies do to please Wall Street denies affordable health insurance to millions of Americans, millions more Americans every year.”

The report comes as the Obama administration and House Democratic leadership have seized on Anthem Blue Cross’ decision to raise rates by up to 39 percent in California. Health and Human Services Secretary Kathleen Sebelius wrote a letter to Anthem this week asking them to justify their rate hike and House Energy and Commerce Chairman Henry Waxman announced that his committee will hold a hearing on increases this month.

Robert Zirkelbach, a spokesman for the industry trade group, America’s Health Insurance Plans, said that for every dollar spent on health care, less than a penny goes to health insurers’ profits, which are below other health care industries.

“According to new government data, in 2009 the portion of premiums that went towards administrative costs declined for the second year in a row, while spending on hospitals, physicians, and prescription drugs continued to soar. The real focus needs to be on the increase in the underlying cost of medical care, which is putting health care coverage out of reach for many families and small businesses,” he said.

“They’re going to try to hide behind the actuaries to tell us the increases are justified, but you have to remember these are the same insurers that for months have been manufacturing reports claiming that health insurance reform will cause them to raise premiums,” she said. “The fact is they can’t have it both ways.”