The Last Days of Dubya : Plunder and Run 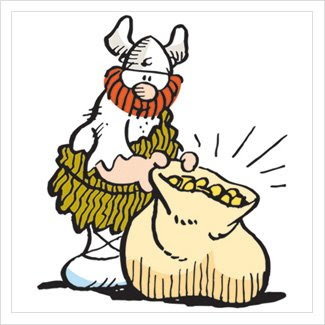 The US bail-out amounts to a strings-free, public-funded windfall for big business. Welcome to no-risk capitalism.

In the final days of the election many Republicans seem to have given up the fight for power. But don’t be fooled: that doesn’t mean they are relaxing. If you want to see real Republican elbow grease, check out the energy going into chucking great chunks of the $700bn bail-out out the door. At a recent Senate banking committee hearing, the Republican Bob Corker was fixated on this task, and with a clear deadline in mind: inauguration. “How much of it do you think may be actually spent by January 20 or so?” Corker asked Neel Kashkari, the 35-year-old former banker in charge of the bail-out.

When European colonialists realised that they had no choice but to hand over power to the indigenous citizens, they would often turn their attention to stripping the local treasury of its gold and grabbing valuable livestock. If they were really nasty, like the Portuguese in Mozambique in the mid-1970s, they poured concrete down the elevator shafts.

Nothing so barbaric for the Bush gang. Rather than open plunder, it prefers bureaucratic instruments, such as “distressed asset” auctions and the “equity purchase program”. But make no mistake: the goal is the same as it was for the defeated Portuguese – a final, frantic looting of the public wealth before they hand over the keys to the safe.

How else to make sense of the bizarre decisions that have governed the allocation of the bail-out money? When the Bush administration announced it would be injecting $250bn into US banks in exchange for equity, the plan was widely referred to as “partial nationalisation” – a radical measure required to get banks lending again. Henry Paulson, the treasury secretary, had seen the light, we were told, and was following the lead of Gordon Brown.

In fact, there has been no nationalisation, partial or otherwise. American taxpayers have gained no meaningful control over the banks, which is why the banks are free to spend the new money as they wish. At Morgan Stanley, it looks as if much of the windfall will cover this year’s bonuses. Citigroup has been hinting it will use its $25bn buying other banks, while John Thain, the chief executive of Merrill Lynch, told analysts: “At least for the next quarter, it’s just going to be a cushion.” The US government, meanwhile, is reduced to pleading with the banks that they at least spend a portion of the taxpayer windfall for loans – officially, the reason for the entire programme.

What, then, is the real purpose of the bail-out? My fear is this rush of dealmaking is something much more ambitious than a one-off gift to big business: that the Bush version of “partial nationalisation” is rigged to turn the US treasury into a bottomless cash machine for the banks for years to come. Remember, the main concern among the big market players, particularly banks, is not the lack of credit but their battered share prices. Investors have lost confidence in the honesty of the big financial players, and with good reason.

This is where the treasury’s equity pays off big time. By purchasing stakes in these financial institutions, the treasury is sending a signal to the market that they are a safe bet. Why safe? Not because their level of risk has been accurately assessed at last. Not because they have renounced the kind of exotic instruments and outrageous leverage rates that created the crisis. But because the market will now be banking on the fact that the US government won’t let these particular companies fail. If they get themselves into trouble, investors will now assume that the government will keep finding more cash to bail them out, since allowing them to go down would mean losing the initial equity investments, many of them in the billions. (Just look at the insurance giant AIG, which has already gone back to taxpayers for a top-up, and seems likely to ask for a third.)

This tethering of the public interest to private companies is the real purpose of the bail-out plan: Paulson is handing all the companies admitted to the programme – a number potentially in the thousands – an implicit treasury department guarantee. To skittish investors looking for safe places to park their money, these equity deals will be even more comforting than a triple-A from Moody’s rating agency.

Insurance like that is priceless. But for the banks, the best part is that the government is paying them to accept its seal of approval. For taxpayers, on the other hand, this entire plan is extremely risky, and may well cost significantly more than Paulson’s original idea of buying up $700bn in toxic debts. Now taxpayers aren’t just on the hook for the debts but, arguably, for the fate of every corporation that sells them equity.

Interestingly, mortgage fund giants Fannie Mae and Freddie Mac both enjoyed this kind of unspoken guarantee before they were nationalised at the start of this crisis. For decades the market understood that, since these private players were enmeshed with the government, Uncle Sam could be counted on to always save the day. It was, as many have pointed out, the worst of all worlds. Not only were profits privatised while risks were socialised, but the implicit government backing created powerful incentives for reckless business practices.

With the new equity purchase programme Paulson has taken the discredited Fannie and Freddie model and applied it to a huge swath of the private banking industry. Again, there is no reason to shy away from risky bets, especially since the treasury has made no such demands of the banks (apparently it doesn’t want to “micromanage”.)

To further boost market confidence, the federal government has also unveiled unlimited public guarantees for many bank deposit accounts. Oh, and as if this were not enough, the treasury has been encouraging the banks to merge, ensuring that the only institutions left will be “too big to fail”, thereby guaranteed a bail-out. In three ways, the market is being told loud and clear that Washington will not allow the financial institutions to bear the consequences of their behaviour. This may be Bush’s most creative innovation: no-risk capitalism.

There is a glimmer of hope. In answer to Senator Corker’s question, the treasury is indeed having trouble dispersing the bail-out funds. So far it has requested about $350bn of the $700bn, but most of this hasn’t yet made it out the door. Meanwhile, every day it becomes clearer that the bail-out was sold to the public on false pretences. Clearly, it was never really about getting loans flowing. It was always about doing what it is doing: turning the state into a giant insurance agency for Wall Street, a safety net for the people who need it least, subsidised by the people who will most need state protections in the economic storms ahead.

This duplicity is a political opportunity. Whoever wins on November 4 will have enormous moral authority. It should be used to call for a freeze on the dispersal of bail-out funds, not after the inauguration but right away. All deals should be renegotiated, this time with the public getting the guarantees.

It is risky, of course, to interrupt the bail-out process. Nothing could be riskier, however, than allowing the Bush gang their parting gift to big business – the gift that will keep on taking.