The Real Melamine Story : The FDA Isn’t Protecting Us 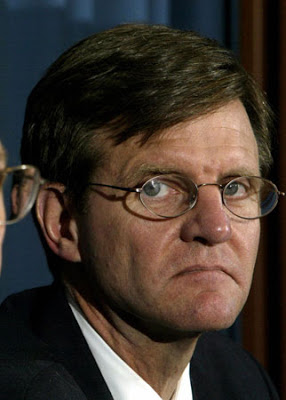 Conscientious consumers who have followed the melamine story are appropriately outraged. Some have written off the FDA as hopelessly corrupt and proposed that we all protect ourselves by eating locally grown food. But self-imposed culinary isolationism isn’t going to solve this problem.

It’s been more than a year and a half since the Chinese melamine story first landed in the U.S. press, but the ripple effects continue to spread. Three months ago, the contaminant showed up in baby formula. (The earlier scare was limited to pet food.) In the last couple of weeks, we’ve learned that China is now investigating more than two dozen cases of animal feed contaminated with melamine, and its health officials have identified 17 other illegal food additives that demand scrutiny—including boric acid and Sudan Red dye.

The U.S. Department of Agriculture has now resorted to random spot checks of hot dogs, chicken nuggets, frozen pizzas, and other foods processed with milk powder, and scientific organizations are discussing better ways to detect melamine in the global food supply. From the looks of it, this sprawling scandal will be with us for some time.

The deepening severity of the problem stands in sharp contrast to the continued insouciance of the Food and Drug Administration. When Canada voiced concern over milk-powder imports from the United States in late September, an FDA spokeswoman gave a dismissive response: “The public health crisis is in China.” When, over the next several weeks, the administration finally discovered melamine in baby formula sold here in the United States, its first order of business was to set up a conference call to warn the companies that produce 90 percent of the world’s milk powder—Abbott Labs, Mead Johnson, and Nestlé. But when it came to the general public, the FDA remained silent—at least until the Associated Press filed a Freedom of Information Act request for the test results and published the news in late November. The Department of Agriculture declared (PDF) that it will follow the lead of the FDA on the melamine issue, which is why it’s only just now begun to take action.

Conscientious consumers who have followed the melamine story are appropriately outraged. Some have written off the FDA as hopelessly corrupt and proposed that we all protect ourselves by eating locally grown food. But self-imposed culinary isolationism isn’t going to solve this problem. Once milk power enters the nation’s commercial bloodstream, it’s difficult to avoid. The powder appears in a dizzying array of products—caramelized candies, whey protein supplements, power bars, powdered drinks, nondairy creamers, and baking mixes, among others. We don’t have to persuade every American to avoid every one of these products. Instead, let’s fix some of the obvious flaws with the FDA so the agency can start doing what it’s supposed to do.

Over the course of the scandal, the government made three major mistakes. All of these have become part of the FDA’s standard operating procedure, and each could be remedied with proper legislative action. The first involves the arbitrary adjustment of allowable levels of a contaminant. On Nov. 26, the agency confessed on its Web site to being “currently unable to establish any level of melamine and melamine-related compounds in infant formula that does not raise public health concerns.” A day later, just after the milk-powder news hit CNN, Dr. Stephen Sundlof, head of the FDA’s Center for Food Safety, described the baby formula results as “in the trace range, and from a public health or infant health perspective, we consider those to be perfectly fine.” (The administration made a similarly arbitrary decision a few weeks ago concerning mercury levels in seafood.) Melamine is an adulterant. How can it go from being unsafe one day to being “perfectly fine” the next? If the FDA cannot answer this question—that is, if it has no scientific evidence to justify the flip-flop—the change should not be legally permissible.

The second mistake is to use the risk of acute poisoning as a reference for setting contaminant standards. There is a long tradition of business-friendly regulatory agencies avoiding reference to studies of chronic exposure when setting legal trace limits. The Department of Agriculture, for example, ignored long-term effects when it set fruit-residue limits for arsenic-based insecticides in the 1930s. The situation with melamine has been no different. Legal limits in food other than infant formula sit at 2.5 parts per million, a rate that is by most accounts relatively safe with respect to acute toxicity. As a toxicologist at the Minnesota Department of Public Health recently told me, however, there’s not a single study out there on the impact of long-term, low-dose exposure to melamine. Meanwhile, we have seen a mysterious but dramatic increase in kidney stones among children and young adults. Medical doctors are largely confused about the underlying cause and more often than not blame obesity. But melamine is known to cause kidney problems like these, and long-term exposure could be responsible for the larger trend. In that case, the FDA would be forced to reduce allowable trace amounts to zero—which is exactly where they should be until studies of chronic exposure suggest otherwise.

A third mistake has to do with the FDA’s tendency to regulate finished products at the expense of raw materials. By choosing to monitor the safety of imported food items instead of the ingredients that go into them, the FDA not only ignores the intricate nature of global food production but opens the door for Chinese wheat gluten, rice gluten, and milk powder to enter the U.S. food supply without the benefit of stringent regulation. To make matters worse, our so-called “country of origin” labeling laws don’t apply to individual ingredients in packaged food products. It might seem unwieldy to require a separate label for each foreign ingredient in a can of soup, but the inconvenience would force the FDA to protect our food supply at its most vulnerable points.

These are grave problems, but there’s an achievable regulatory solution for each of them. If the FDA were required by law to provide scientific evidence when it changes adulterant standards and to rely on studies of both acute and chronic toxicity when it set those standards, it would be far more difficult for the bureaucrats to coddle corporate concerns. Add to that a requirement for country-of-origin labeling for all imported foodstuffs, and we’re more likely to escape major health scares like this in the future. Short of becoming a nation of locavores in a globalized world, that may be the best we can do.

[James E. McWilliams is the author of American Pests: Our Losing War on Insects From Colonial Times to DDT and an associate professor of history at Texas State University.]

1 Response to The Real Melamine Story : The FDA Isn’t Protecting Us