‘If we appear to seek the unattainable, as it has been said, then let it be known that we do so to avoid the unimaginable.’ — Port Huron Statement 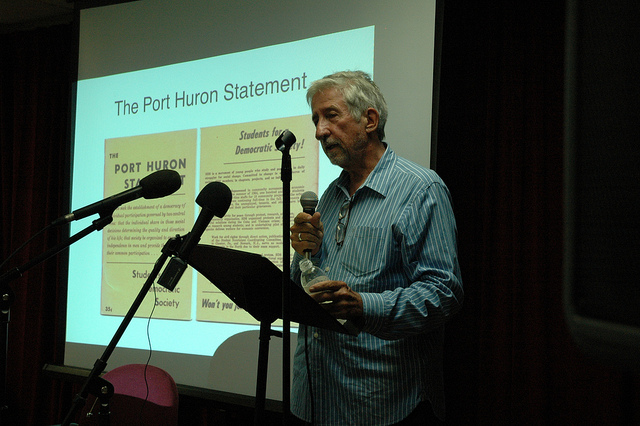 Tom was a dear friend and colleague dating back to early SDS; he was a frequent contributor to The Rag Blog, a regular guest on Rag Radio, and always a strong supporter of all our efforts.

The following article appeared in a different form on The Rag Blog, January 26, 2012, and was republished by Tom at his Democracy Journal and by Truthout. Some of the issues discussed were about the Port Huron Statement and the legacy of the ’60s New Left and Tom also talked about events current at the time. We are posting this revised version as part of our Rag Blog tribute to Tom. Also find remembrances of Tom Hayden by Carl Davidson, Rabbi Arthur Waskow, and Judy Gumbo Albert.

The shows can be heard here and here. (Find all Rag Radio interviews with Tom Hayden here.)

Rag Radio is a syndicated radio program that has aired since September 2009. The show originates on and is streamed live by KOOP 91.7-FM, a cooperatively-run all-volunteer community radio station in Austin, Texas. Rag Radio features hour-long in-depth interviews and discussion about issues of progressive politics, culture, and history. It is hosted by Rag Blog editor and SDS veteran Thorne Dreyer.

Tom Hayden was the primary author of the Port Huron Statement, SDS’ 1962 “Agenda for a Generation,” the legendary SDS manifesto that celebrated its 50th anniversary in 2012 — when these shows first aired — with events at UCLA, UC-Santa Barbara, NYU, MIT, and the University of Michigan, and at the Los Angeles Times Book Festival. Historian James Miller called the Port Huron Statement “one of the pivotal documents in post-war American history.” 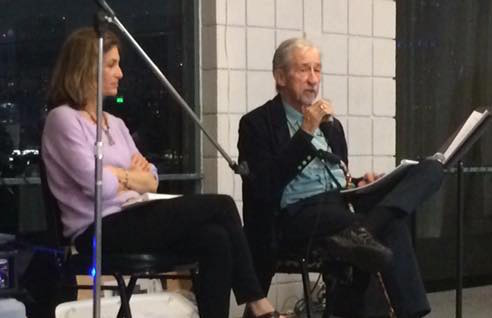 In the Rag Radio interviews, Hayden compared the era in which the Port Huron Statement was written with the world in 2012: “The Cold War is gone, but not the threat of nuclear weapons, and I think the Cold War has been replaced as a template by the global war on terrorism, which requires secrecy, excessive military spending, and the shrinking of civil liberties.”

Tom taught at Scripps College and Pitzer College, Occidental College, and Harvard University’s Institute of Politics; and, at the time of these interviews, was teaching a class at UCLA on protest movements from Port Huron to the present.

Hayden, who was the author or editor of 20 books and served on the editorial board of The Nation, was a leading progressive activist and an outspoken critic of the Pentagon’s “Long War.” He was an initiator of Progressives for Obama, a group that offered critical support for Barack Obama during his initial campaign for the presidency. Hayden directed the Peace and Justice Resource Center in Culver City, California, edited the Peace Exchange Bulletin, and organized anti-war activities for the Progressive Democrats of America (PDA).

He said it’s important that we realize that Obama’s ending the war in Iraq was a victory for the anti-war movement, and he expressed serious concern over the possibility of war with Iran, even though he didn’t believe such a war would be in the United States’ “imperial interests.” Hayden had recently written that “rational self-interest is not always enough to prevent what Barbara Tuchman has called the ‘march to folly.’” 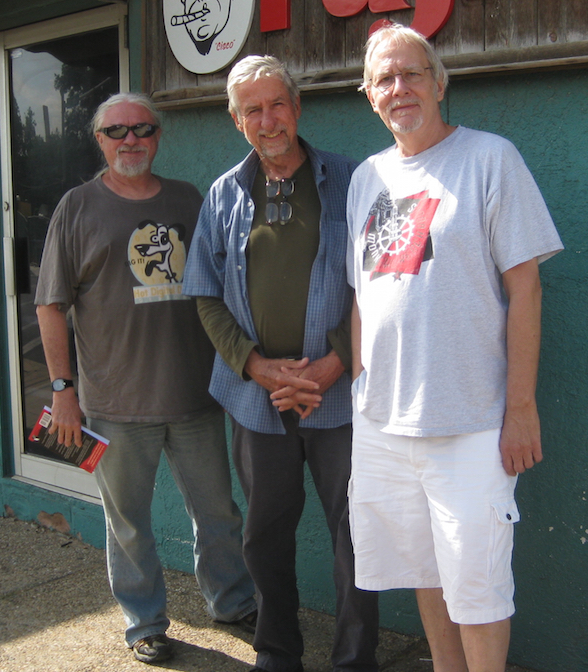 “You see the right wing Israeli government of Netanyahu very intertwined with Romney and Gingrich. And they’re pounding on Obama to do something,” he said.

“It’s sort of stunning. I didn’t know until last year that Romney was in business with Netanyahu. They were business partners in a consulting firm… And Gingrich. The guy that bailed him out, [Sheldon] Adelson, the casino billionaire, is very, very close to Netanyahu. Adelson owns newspapers in Israel that support Netanyahu. And both of them [Romney and Gingrich] are for a war with Iran, if need be, or forcing Iran to essentially submit to regime change.”

He expressed the belief that we should take a “pluralistic approach where we should look to the federal government to protect certain basic standards but also allow cities and states to take more progressive steps where they can, so that we’re not bound by the lowest possible standard.”

Hayden suggested that “we should study more how our victories are won and how our defeats are suffered, and learn more about the interaction between social movements and electoral politics and this president… We’ve had a couple of years to see what works and what doesn’t and we need to move forward…”

He also said we should “focus more on Citizens United and taking down the infernal power of finance capital and the corporations over the campaign contributions.”

Hayden said we needed to reelect Obama, “hopefully elect Elizabeth Warren as a symbolic crusader against Wall Street in Massachusetts… [and] at all costs, do not lose the presidency and the Senate and the House to the Republicans, unless you’re ready for a juggernaut backed by a crazy right-wing U.S. Supreme Court.”

Hayden believed that Wisconsin was the site of “the single most important political and economic struggle in the country… [Wisconsin] was the spearpoint of the Tea Party governors who wanted to destroy labor — public sector unions — and the spear got broken by the Wisconsin opposition.”

Hayden noted that Wisconsin Gov. Scott Walker offered the police and the firefighters a deal “to exempt them from his attack on public sector workers, because he wanted to go after the teachers’ unions and so forth — and they said no.”

About the Occupy Movement, Tom said that, “They had a surprising beginning, amazing acceleration and spread, they had tremendous media impact on the income equality issues, but they don’t have the Tea Party’s resource base or political base.”

Read more articles by and about Thorne Dreyer on The Rag Blog.

[Thorne Dreyer was active with SDS and the Sixties New Left and counterculture. A founding editor of underground newspapers The Rag in Austin and Space City! in Houston, Dreyer was on the editorial collective of Liberation News Service (LNS) in New York and was manager of Pacifica Radio’s KPFT-FM in Houston. He now edits The Rag Blog, hosts Rag Radio on KOOP 91-7-FM in Austin, and is a director of the New Journalism Project. ]