Vets Getting Shaft from Veterans Affairs 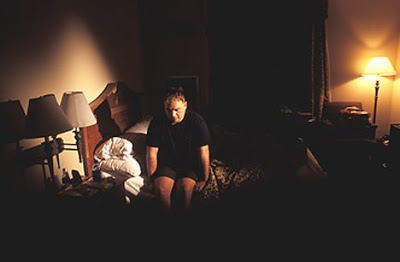 Recently released documents from the Department of Veterans Affairs (VA) are further proof the VA has failed to adequately address the crisis in veterans’ mental health care, according to a former VA employee turned veterans’ advocate.

In March, Norma J. Perez, the post-traumatic stress disorder (PTSD) coordinator at a VA facility in Temple, Texas, wrote an email (PDF) to her subordinates stating: “Given that we have more and more compensation seeking veterans, I’d like to suggest that you refrain from giving a diagnosis of PTSD straight out. Consider a diagnosis of adjustment disorder, R/O [ruling out] PTSD … we really don’t … have time to do the extensive testing that should be done to determine PTSD.”

In response, VA secretary James Peake said that the VA is “committed to absolute accuracy in a diagnosis and unwavering in providing any and all earned benefits. PTSD and the mental health arena is no exception.” Peake placed the blame on Perez, saying that the memo revealed the mistake of a single employee, not VA policy.

However, the VA has been under fire from Congress and veterans’ rights groups for more than a year for allegedly covering up and underreporting the mental health care crisis among veterans returning from Iraq and Afghanistan. A lawsuit that is currently awaiting a final ruling seeks to force the VA to move quickly in addressing the mental and physical health needs of veterans.

Paul Sullivan, the executive director of Veterans for Common Sense (VCS), the veterans’ rights organization which brought the lawsuit, said the Perez email exemplifies a larger trend. “The bottom line is that VA under the Bush administration has dropped the ball. The email sent by Perez proves our lawsuit was correct – VA is short staffed for mental health care and VA intentionally misdiagnoses veterans in order to save money. VA was illegally and unconscionably turning away suicidal veterans in need of emergency mental health care. We are asking the court to order VA to stop this outrageous practice,” Sullivan said.

New VA documents obtained exclusively by VCS using the Freedom of Information Act indicate the VA is only paying disability benefits for PTSD to 33,247 Iraq and Afghanistan Veterans, although 67,717 have been diagnosed with PTSD. According to Sullivan, VCS is calling for an investigation into this apparent discrepancy.

A Government Accountability Office (GAO) report in September 2007 stated that the VA’s “lack of early identification techniques” led to “inconsistent diagnosis and treatment” of PTSD and Traumatic Brain Injury. According to the GAO, early diagnosis is essential in preventing PTSD’s consequences – which could be deadly.

Kristofer Goldsmith, a former Army sergeant who was forced to stay in the military beyond his contract because of the “stop loss” order given by the president, testified about his experience with mental health care at Winter Soldier: Iraq and Afghanistan.

“We were told that if we were to seek mental health, we would be locked away and our careers would not advance. If I admitted that I had severe chronic depression, if I thought I had PTSD … my career could have been ruined,” Goldsmith said.

He received an adjustment disorder diagnosis after experiencing a panic attack in March 2007. Because he was not granted the PTSD label – despite displaying many symptoms of the disorder – he was ordered to deploy to Iraq for a second tour.

What Goldsmith described as a “sharp downward spiral” came to a head the day before he was scheduled to ship back to Iraq with his unit.

“The day before I was supposed to deploy, Memorial Day, I went out onto a field in Fort Stewart and tried to take my own life … I took pills and drank vodka until I couldn’t drink anymore. The next thing I knew I was handcuffed to a gurney in the hospital. The cops had found me and literally dragged my body into an ambulance,” Goldsmith said in his testimony.

Finally, in October 2007, months after his suicide attempt, Goldsmith received a PTSD diagnosis from the VA.

According to Goldsmith, his experience was far from unique.

“While undergoing psychiatric treatment, I heard of many people being diagnosed with personality disorder and adjustment disorder instead of PTSD,” Goldsmith told Truthout. “I believe this is a way for the Army to hide the levels of PTSD among its ranks, through the usage of misdiagnoses.”

Suspicions about the VA’s motives for misdiagnoses flared up over a year ago, when a series of news reports revealed many of the 22,500 soldiers diagnosed with “personality disorder” since 2001 were actually suffering from PTSD. Taken in conjunction with a rising suicide rate among veterans, the reports sparked a flurry of investigations and Congressional hearings.

“My concern is that this country is regressing and again ignoring legitimate claims of PTSD in favor of the time and money saving diagnosis of personality disorder,” said Congressman Bob Filner, chairman of the House Veterans Affairs Committee, at a July 27 hearing. “I want to know how the VA deals with veterans who have been labeled with a personality disorder. Does the burden fall on the veteran to prove that he or she doesn’t have a personality disorder? Will such a diagnosis prevent the veteran from receiving health care once initial VA coverage ends? What extra barriers does this veteran face?”

Misdiagnosed vets are not only often deprived of proper treatment, Filner noted; they also miss out on condition-related benefits and subsidies. PTSD has attracted a lot of legislative attention over the past year, and new funding may soon become available for veterans with that diagnosis. Moreover, special programs geared toward PTSD are already in motion at many VA facilities, and vets without an official diagnosis are not eligible for those treatments.

For Iraq veteran Joe Wheeler, a delayed VA diagnosis meant two years of paying for his psychotropic medications out of pocket, at a time when his tenuous mental health made it tough to hold a job. Wheeler’s doctors immediately diagnosed him with PTSD, but without an official VA acknowledgment of his condition, he was left without benefits.

“I was never told why my diagnosis was delayed,” Wheeler said. “It’s a faceless bureaucracy; most people within the VA don’t understand the system themselves. And it’s designed to be adversarial. They make it hard so that it costs them less money.”

Wheeler no longer seeks treatment at the VA, preferring the financial strain of private treatment to the psychological strain he endured under VA care. With a different doctor – and along with the switch, a new medication – every few months, his experience at the VA was a saga of fits and starts; not exactly a recipe for recovery.

Recent studies back up Goldsmith’s and Wheeler’s charges of VA negligence in PTSD diagnosis. According to Senate Veterans Affairs Committee Chairman Daniel Akaka, the committee has uncovered “widespread inadequate evaluation of veterans claiming service-connection for PTSD due to combat exposure and military sexual trauma.”

“Veterans often report to the Committee that during exams they were not asked about their military experience and received superficial evaluations,” Akaka wrote in a letter to VA Secretary Peak last week. “Veterans’ advocates report the reluctance of some VA examiners to provide a diagnosis of PTSD, even for veterans previously diagnosed with PTSD.”

Akaka added that while the VA’s own “Best Practice Manual for Posttraumatic Stress Disorder Compensation and Pension Examinations” recommends a three-hour evaluation session for every potential PTSD sufferer, average exams clock in at 30 to 35 minutes.

Following the release of the Temple VA memo last week, Akaka requested the Office of the Inspector General begin an investigation into the PTSD diagnosis methods at Temple.

“This incident is both disturbing and disappointing, and provides further evidence that VA’s mental health program requires significant attention,” Akaka said in a statement on Friday. “Psychological war wounds are difficult to diagnose and harder still to heal, but they are no less real than any other service-connected injury. I continue to be concerned that VA’s mental health system is unprepared for the rising demands placed on the system.”

This entry was posted in RagBlog and tagged GI's, Medicine, Military, Veterans. Bookmark the permalink.

1 Response to Vets Getting Shaft from Veterans Affairs