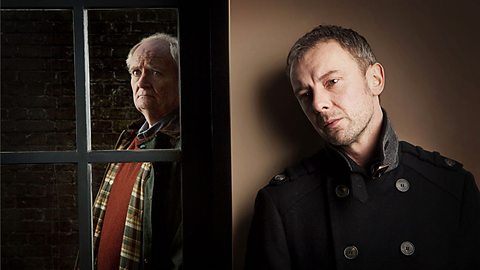 Exile is a British psychological thriller.

Exile is a terrific British psychological thriller TV series dealing with the topic of Alzheimer’s disease against a background of vile corruption. This gripping 2011 three-hour, three-part drama is available on Netflix and Netflix Instant streaming, and here too.

After being fired from his London job, journalist Tom Ronstadt (John Simm) returns to his Lancashire hometown for the first time in 18 years to find his once-formidable father Sam (a mesmerizing Jim Broadbent) in the grip of Alzheimer’s and now being cared for by his unhappy younger sister Nancy (Olivia Colman).

Tom begins to unravel the mystery, linked to his childhood, that drove him away years ago and becomes increasingly frustrated with his father’s inability to remember. He persists, unaware that he is unearthing a devastating crime that will reveal secrets he could never have imagined.

Exile won three awards and four nominations, including two Best Actress honors for Colman, a Writers’ Guild Best Drama writing nod for Daniel Brocklehurst, BAFTA noms for Simm’s acting and John Alexander’s direction, and another acting nomination for Simm. At the Internet Movie Database, 92% of viewers gave Exile thumbs-up, and it was strong with all demographic groups. 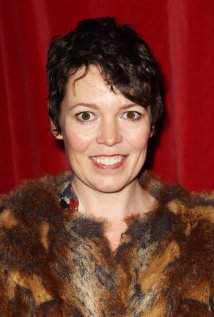 Exile creator/writer Paul Abbott took home an Emmy for The Girl in the Café and won another 14 awards and 17 noms for creating and/or writing brilliant works including Touching Evil, Cracker, Clocking Off, Shameless, and the peerless original British version of State of Play. Daniel Brocklehurst has received four noms for writing this series, Clocking Off, Linda Green, and Accused.

Jim Broadbent has an Oscar win for Iris. He has also garnered 24 awards and earned 32 noms for works including Moulin Rouge, Topsy-Turvy, Another Year, Longford, and The Gathering Storm. John Simm earned six noms for this, Life on Mars, and Sex Traffic. He also was outstanding as the lead in Abbott’s State of Play.

Olivia Colman won 15 awards and 11 nominations for works including this, Broadchurch, The Iron Lady, Accused, and Tyrannosaur. I enjoyed Claire Goose in the fine cold-case series Waking the Dead. And over the past 53 years, Timothy West has appeared in 127 films and TV programs, including Inspector Lewis, Not Going Out, New Tricks, Waking the Dead, Midsomer Murders, and The Day of the Jackal.

Amol Rajan, writing in The Independent, found the storytelling “glorious,” saying “it engaged very directly with highly topical issues.” He stated that Broadbent confirmed “his position alongside Ian McKellen, John Hurt, and Michael Gambon as one of the greatest English actors of his generation,” and Rajan praised the “outstanding performances from a bewitching John Simm and the reliably wonderful Olivia Colman.”

Radio Times scribe Alison Graham called Exile, “A tremendous piece of drama: subtle, intelligent, powerful and adult. Writer Danny Brocklehurst and creator Paul Abbott have achieved something wonderful by blending a touching human story with a riveting thriller. This is as good as TV drama can be. On every level, Exile delivers.”

And Rag Blog penpusher Alan Waldman effused, “I was on the edge of my seat for much of this deeply involving mystery drama. Colman, Simm, Goose, West and other performers were solid, but Jim Broadbent was extraordinary. There’s a scene where he, Simm and a bunch of extras are fans at a soccer match, and they are all you see throughout it. Watching the changing expressions on Broadbent’s face blew my find. This is great acting!”