Garrison Keillor : Rolling With the Punches 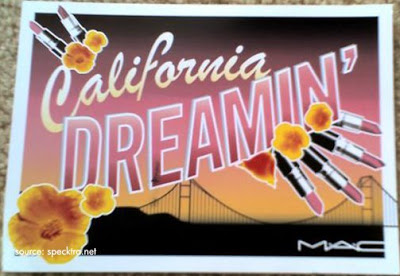 ‘Californians remind me of Londoners. They’re less jittery than the rest of us, and disaster doesn’t terrify them’ By Garrison Keillor / Aug. 27, 2008

California is another country. You wake up in the morning and New York is already on its first coffee, and the first scandal has broken in Washington, one more Republican crony caught with his hand in the honey pot. It all feels very far away. You wake up, your laptop is full of e-mails but you’re in California so you don’t have to reply to them. Your e-mailers imagine that you are busy attending some sort of Mayan fertility ceremony on a beach, bare-chested men whanging on little drums, dinging bells, naked children strewing blossoms in the surf, a priestess in a white caftan playing a Peruvian flute. Stereotypes live forever: Minnesota is cold, California is ditzy. Whereas the California I know is a land of gorgeously normal people, serious, reverent, clean, agile men and women, athletic nerds who love to surf and hike and shoot hoops and also read Frederick Buechner, listen to Bach. I grew up thinking you had to choose between smart and sexy; in California they think you can have it all. They are less jittery than us flatlanders: Disaster does not terrify them. They roll with earthquakes, the landscape ripples, the china clinks, and so what, it’s only an earthquake. Giant mudslides and brush fires — you ride them out and you move on. They remind me of Londoners, who are famous for rolling with the punches. The night of the horrible bombing in the Underground, the streets of London were full of people who came out to show each other and themselves that they would not be intimidated by a bunch of suicidal maniacs. And even though the danger of terrorism is very real in London, much more so than in Omaha, Neb., or Kenosha, Wis., or Tuscaloosa, Ala., the English have been stubborn in defending their freedom. You cannot be required to carry a photo ID in the U.K. The police still don’t walk around with pistols on their belts. In this country, the attacks by terrorists opened the doors to the darkness of Dick Cheney and furtive vicious men just like him who unleashed an assault on constitutional law, hoping to turn a traumatic occasion — the twin towers burning, smoke billowing over Manhattan — into a permanent Republican majority. As so often happens, vicious men were in the saddle for a time while decent men blithered and dithered. But the ignominious fall of Mr. Giuliani was evidence that Americans have gotten over it. You can’t wave the bloody shirt anymore and expect people to fall into line. And that’s a problem for John McCain. A great candidate for hustling neocons and owners of five or more homes, he is dead wrong about Iraq, dead wrong about the economy, and he was born 20 years too soon. But Republicans feel sorry for how he was savaged eight years ago and so they will prop the old man up, retrain him as best they can, keep him on message, stuff a rag in him when he starts kidding around. People have lots of questions about Barack Obama and that’s as it should be. The man inspires curiosity. The problem for McCain is that Barack explains himself so well. Those people jamming basketball arenas aren’t going there to look at his shoes. If you listen to the man speak, you’re likely to vote for him. If you listen to McCain, you’re reminded of your great-uncle Elmer hashing over the injustice of MacArthur getting canned by Harry Truman. Who cares? And then there is the Current Occupant. He’s kept quiet for a while, cutting brush, playing speed golf, treadmilling, but he’s bound to emerge in the fall, make a speech, issue a statement, do something, and this will not be good for McCain. America has paid a terrible price for one family’s decision to take a boy out of the public schools of Midland, Texas, and send him off to Chutney or Amway or whatever his prep school was called, and then to Yale, where he picked up a permanent grudge against people who were smarter than he. A Yalie who learned to pass for redneck, a Methodist who learned to pass for evangelical, he was cut out for politics, but what a lousy administrator and what a dull, uninspiring leader. Fewer people want more bushiness than want to see the return of infantile paralysis. And the truth is marching on. [Garrison Keillor’s “A Prairie Home Companion” can be heard Saturday nights on public radio stations across the country.] © 2008 by Garrison Keillor. All rights reserved. Distributed by Tribune Media Services, Inc. Source / salon.com The Rag Blog