James McEnteer :
The geopolitics of generosity 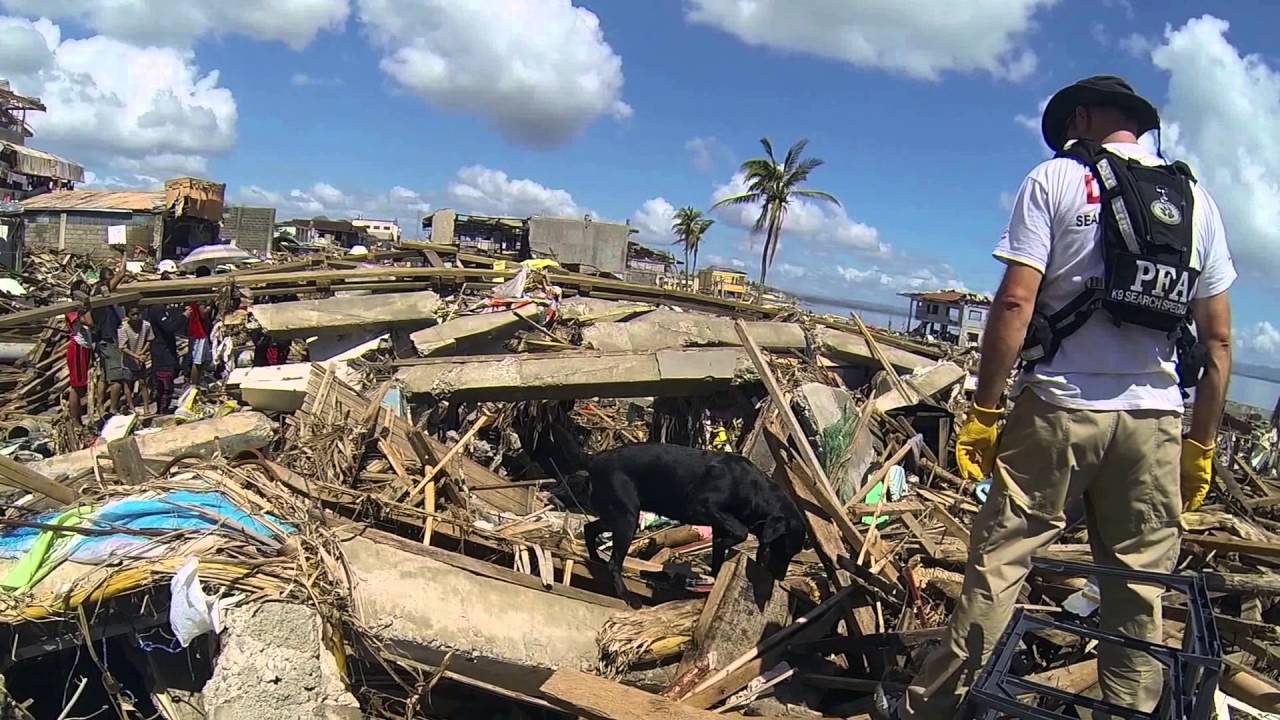 QUITO, Ecuador — On April 16, Ecuador suffered an earthquake registering 7.8 on the Richter scale. One week later, the death toll stood at 656, with more than 12 thousand injuries reported and more than 50 people still missing. Hundreds of aftershocks, some very powerful, continued to shake the country’s northwest coast and cause more damage.

The day after the disaster, aid began arriving from Ecuador’s Latin American neighbors, including Colombia, Peru, Venezuela, and Bolivia. Quick responses were crucial, as hundreds of people were still missing, many trapped in crumbling rubble.

Cuba sent 53 medical personnel to help, in addition to the more than 200 Cuban doctors already on the ground in Ecuador. Three Cuban doctors were among the casualties in a building that collapsed in the coastal city of Pedernales. Mexico sent a rescue team. Even tiny, impoverished Honduras offered an aid worker.

European countries — chiefly France and Spain — sent more than 200 emergency personnel. And Palestine, besieged and beleaguered, sent 19 aid technicians to Ecuador. But the United States responded in a slower, less aggressive way. While U.S. military personnel helped prosperous and capable Japan deal with a lesser earthquake that struck there the same day as Ecuador’s, the Americans sent no rescue workers to this smaller, economically pressed country much closer to home.

For the USA, political calculation takes precedence over compassion.

Three days after the quake, U.S. President Barack Obama told Ecuador’s President Rafael Correa that he would offer all possible help. Secretary of State John Kerry said USAID would send a team to assess the damages and prioritize needs. He also offered $100,000 in USAID funds for “critical supplies.”

Initial estimates of rebuilding costs exceeded $3 billion, which may have been a low guess.

That may seem like a generous offer, but initial estimates of rebuilding costs exceeded $3 billion, which may have been a low guess. Chile spent $30 billion recovering from an 8.8 earthquake in 2010 that killed more than 500 people. Haiti’s catastrophic 7.0 earthquake that same year cost a staggering 316,000 lives and an estimated 14 billion dollars to rebuild, an effort still unrealized.

On April 20, four days after the fatal event in Ecuador, with hundreds still missing, U. S. Ambassador to Ecuador Todd Chapman said his “most important mission” now was letting U.S. citizens know that the embassy is open for business as usual, an oddly insensitive, impolitic remark. He also urged a search for any U.S. citizens reported missing. One American has been reported killed here thus far, among the 656 dead.

Chapman said U.S. firefighters from Fairfax, Virginia, are here, but as part of a United Nations relief effort, not a U.S. initiative. Chapman commended the individual efforts of ex-pats living in Ecuador.

“We have expressed our condolences to the people and government of Ecuador and made it clear that the U.S. stands ready to help,” he said.

Officials of both governments were forced to deny rumors that Ecuador had refused U.S. assistance, a sign of the tense relations that have existed between the two countries for decades, but especially since the ascension of Rafael Correa to the presidency of Ecuador in 2007.

Correa allied himself with Venezuelan President Hugo Chavez and Bolivian President Evo Morales, to break away from neoliberal U.S. influence in Latin America. He refused to sign a free trade agreement with the U.S. or renew the U.S. lease on a military base in Ecuador, which expired in 2009. 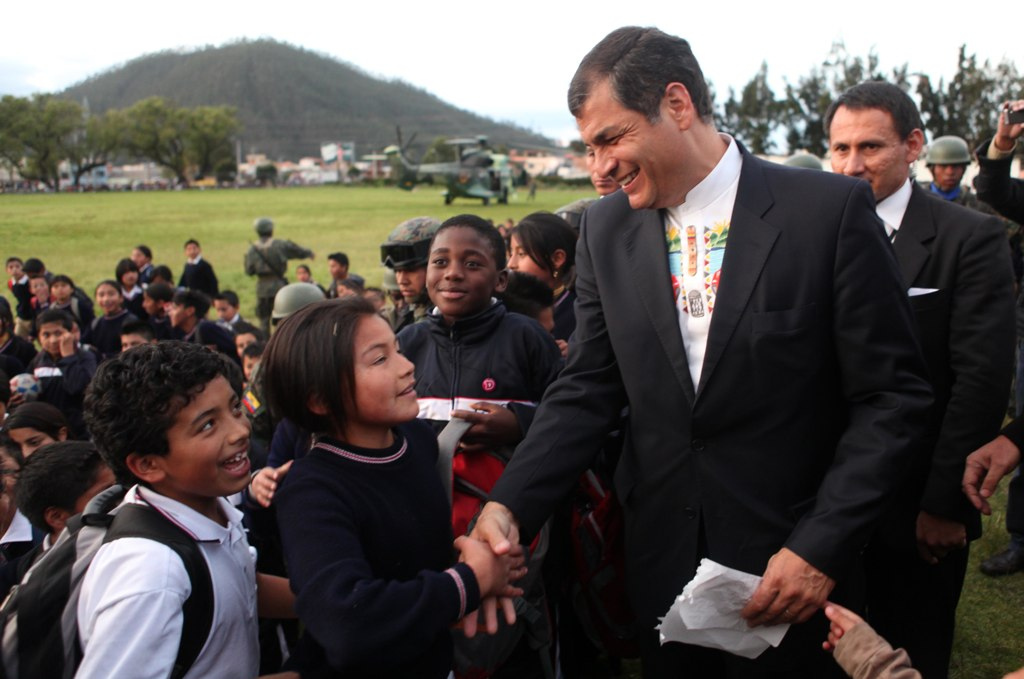 In April 2015, Correa confronted Obama directly at the Summit of the Americas in Panama. He castigated the U.S. for the 1989 invasion of Panama under George H.W. Bush which killed more than four thousand civilians. And then Correa said:

Your government is still trying to intervene in our affairs… by your executive order that declared Venezuela a threat to your national security… also… by officials from your office asking the U.S. Congress for money to defend freedom of expression in Cuba, Venezuela, Ecuador and Nicaragua. We totally reject this act of arrogance.

Relations between the United States and Ecuador remain politically uneasy.

Clearly nonplussed, Obama replied that he appreciated the history lesson and hoped everyone could learn from past mistakes. For these reasons, and others, relations between the United States and Ecuador remain politically uneasy.

(Correa gets off on his own rhetoric. He can rant for hours on Ecuador’s national media every Saturday, upbraiding enemies of the “revolution,” as he labels anyone who dares the slightest critique of his policies. Not all his listeners are as thrilled by his protracted oralgasms as the President himself.)

For Ecuador, a small country of 16 million people, the earthquake came at an especially bad moment. Depressed oil prices have devastated the Ecuadorean economy, which is largely based on petroleum exports.

Correa’s many social programs and building projects extended the national budget to the limit and perhaps beyond. His government long ago dissolved the national Emergency Fund, incorporating it into the general budget.

Chile was able to rebound from its earthquake by dipping into its deep cash reserves and selling its principal natural resource, copper, at a premium price. But Ecuador’s oil is devalued now and it has no reserves.

Did Correa, who holds a doctorate in economics from the University of Illinois, not understand the cycles of oil booms and busts? Or was he, in a more charitable view, simply in a rush to help his country enter the twentieth century, if not the twenty-first, before the inevitable crunch came?

The Chinese now own drilling rights to a third of the Ecuadorean Amazon.

To avoid U.S. influence, Correa welcomed the Chinese, who now own drilling rights to a third of the Ecuadorean Amazon. A new constitution, written under Correa’s aegis, promised to respect the environment, especially territories held sacred by indigenous peoples. But Correa’s critics say he traded away that respect for immediate liquidity, so that Ecuadoreans would not be “beggars sitting on a sack of gold” in his words. And the Chinese are not known for their scrupulous environmental stewardship.

Correa has taken to dunning his own countrymen to make up his budget shortfall. Prices rise daily. Gas at the pump, less than half the U.S. cost a year ago, has now surpassed American prices. Imported and even local products are being taxed more heavily. The government is no longer honoring all its contracts. Public budgeted payments to universities, local governments, and even a cancer hospital have been suspended or delayed. Many workers in these and other institutions are simply not being paid. The earthquake has added injury to insult.

Now in his third term as president, Correa says he will not run for a fourth term in the 2017 election here, perhaps a prudent move in what will certainly be a difficult time for his countrymen. The United States could alleviate some of Ecuador’s immediate and long-term suffering. But they have chosen instead a course of watchful waiting, perhaps until they are able to attach some of the many strings their aid to Latin America usually entails — especially military and economic intervention — that Rafael Correa has taken great pains to avoid.