Lamar W. Hankins :
The ubiquitous influence of religion in America

Beginning with the push against the Communist menace in the 1950s, which led to the increased use of “In God We Trust” on our coinage , religion has increasingly pushed its way into public policy. 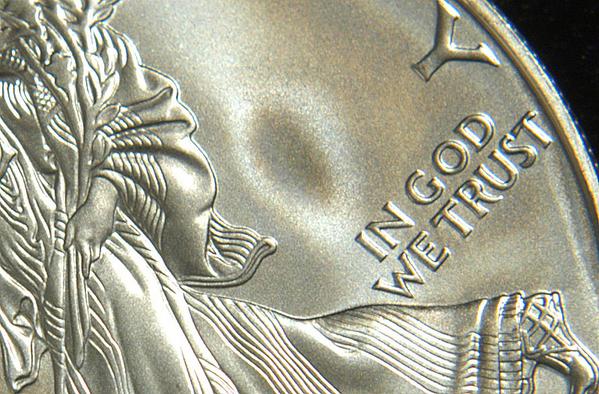 If you have been an adult any time in the last 60 years, you should be aware that religion is perhaps the most ubiquitous institution, after government, among Americans.

Beginning with the push against the Communist menace in the 1950s, which led to the increased use of “In God We Trust” on our coinage in spite of the irony of having such graven images associated with God, religion has increasingly pushed its way into public policy.

If this push were focused on widely-accepted values deemed important by most of both the religious and non-religious, I would view it merely as an interesting development. But such a focus has not always been the case.

In 1954, President Eisenhower and an obedient Congress tried to bless this nation and scare its Communist enemies by having its school children recite a new phrase — “under God” — inserted into the middle of the Pledge of Allegiance. What this had to do with the fall of Communism over 30 years later, I’m not quite sure.

I have closely watched religion and society since I took my first sociology course 50 years ago. Featured among the readings was one about how the evangelist Billy Graham used music and lighting as theatrical props to manipulate the emotions of those at his revivals and place him — literally — in an angelic light. I was hooked from then on to follow the role of religion in our society.

That effect has been positive when values derived from religion met universally accepted values, such as equality, justice, and peace — the sort of values embodied in the preaching and teaching of Martin Luther King, Jr., for example. But at other times, when religious people have sought to impose their religious values on public policy absent wide-spread acceptance of what was often church dogma or doctrine, the results have not been as positive.

The ubiquity of religion in our society was brought home to me once again on January 4, 2014, when Section A of The New York Times contained five separate articles and commentaries on religion in our culture, not counting a short report in that same section about the Catholic Archdiocese of Philadelphia using church funds to post bail for Msgr. William J. Lynn, who recently won an appeal of his conviction for covering up child abuse by priests.

The first such article concerned the increasingly limited access to abortion as a result of religion-based, state-initiated controls on clinics that provide abortions. Abortion is an issue on which I have been conflicted ever since Roe v. Wade was decided 40 years ago.

After wrestling with the issue for many decades, I finally decided that the best approach, which follows the Supreme Court’s reasoning in some respects, is not to interfere with a woman’s decision about what happens in and to her body. If integrity over our bodies is not embodied in the Constitution, then government at all levels can do whatever it wants with us.

Not all of my friends and family members agree with me, including some who are not religious. Generally, I have accepted that until a fetus is viable outside of a woman’s body, it is hard for me to consider the fetus as more than potential human life and no concern of the state. In a recent review, literary critic, author, and editor S. T. Joshi explains this rationale:

Here is a living, breathing woman who for years or decades has been making independent moral decisions for herself and, perhaps, for other members of her family; but the moment she becomes pregnant, she suddenly loses her moral autonomy–in effect her ‘personhood’– and becomes nothing more than an incubator, and a ward of the state. So much for (limited government)! Conversely, if the fetus is a ‘person’ from the moment of conception, what follows? Should we give it a social security number? Should the parents receive a child tax credit from the moment of conception? Shall a pregnant mother, in filling out a census form, say that there is already one extra person in the household?

In reaching my conclusions about Constitutionally recognized abortion rights, I have not relied only on political argument. There is science, as well, to support my view and the view (to some extent) of the Supreme Court about when human life begins.

Physiological Chemistry professor Elie A. Shneour, who has taught at the University of California, Stanford University, the University of Utah, and the City of Hope National Medical Center, described recently, in an article in Skeptical Inquirer magazine, that it is only after the 28th week of a pregnancy, perhaps not until much later, that the developing brain of a normal human fetus will gain “the capacity for perceived sensations and conscious thought.”

Up to the 28th week, the brain and the central nervous system are not connected. Without that connection, the fetus cannot feel pain.

Many religious people who believe that they have scriptural support for deciding that human life begins at conception seem unwilling to recognize the authority of science to help decide that question.

Many religious people who believe that they have scriptural support for deciding that human life begins at conception seem unwilling to recognize the authority of science to help decide that question. They prefer to use the Bible as their science text, and they want to have public policy made based on their interpretations of that text.

And they have been successful — in 2013, legislatures around the country enacted 70 restrictions on a woman’s right to have an abortion, all backed by people trying to impose their religious views on public policy.

A second religious-impact article from the January 4 New York Times concerns the pleas of an order of Roman Catholic nuns — the Little Sisters of Charity — to overturn the Affordable Care Act’s requirement that employers provide contraceptive coverage in health insurance for their employees.

But they don’t. These kinds of contraceptives prevent fertilization, not implantation. Of course, science is not their strong suit — religion is their domain.

If the nuns prevail, then an employer who is a Christian Scientist should be allowed to provide health insurance that pays only for Christian Science Practitioners to treat the illnesses of their employees, an option much less expensive than the conventional licensed services of physicians.

But the nuns don’t care about the views of other religions. What the nuns really want is to get the court’s assistance to force their employees to follow the nuns’ religious preferences.

One of the most heart-wrenching religion stories in the January 4 Times is about the 13-year old girl in Oakland who died on December 9 of complications from an operation to remove her tonsils and adenoids. The girl was placed on a ventilator before doctors discovered that she had no brain activity and was, therefore, dead.

Her family is unwilling to accept this medical opinion. Other doctors have examined her, including a court-appointed neurologist, and all have reached the same conclusion. She has had no blood flowing to her brain since December 12.

The family believes that their Christian religion holds that as long as the heart is beating the person is not dead. They want the hospital to perform further procedures to insert tracheotomy and gastrostomy tubes so that she can be transported to another facility willing to maintain her body on medical equipment that will keep her heart beating. The hospital is unwilling to perform such procedures on a dead person; and a death certificate was issued for the child.

Anyone with a child or grandchild can imagine the difficulty in accepting the death of that child. But to claim that medical and legal decisions should be made on the basis of religious belief in such a situation is irrational.

Religious leaders, lawyers, judges, doctors, and friends of the family who care about the mental health of these religious family members should seek to provide the needed support and counseling for the family members to help them accept the reality of death. The court battle is only delaying the grieving that is sure to follow. But religion is driving this legal and futile process, not rationality.

A fourth story in the January 4th Times focuses on a new religious influence among some evangelicals, who make up about 19% of all adult Americans, according to a 2012 survey by the Pew Research Center. While the number of evangelicals has declined by 2% since 2007, their influence over the political landscape has continued to increase.

The latest influence among them is an old one — 16th Century reformer John Calvin. Calvin’s views on grace, sin, and predestination (“God has already decided who will be saved, without regard to any condition in them, or anything they can do to earn their salvation”) are gaining new converts, especially among young evangelicals.

The article points out that the “Puritans were Calvinist,” “Presbyterians descend from Scottish Calvinists,” and “(m)any early Baptists were Calvinist.” Since Calvinism holds that “civic engagement is the main form of obedience to God,” according to the president of Union Theological Seminary, Serene Jones, perhaps evangelicals will increase their political activity and gain even more influence over right-wing politics than they have now.

On the other hand, as the article points out, while the neo-Calvinism that is emerging among evangelicals is focused on conservative positions on social issues, its proponents tend to avoid politics. So perhaps this new-found Calvinist influence will not affect public life significantly.

Finally, a column by Charles M. Blow rounds out the religious content of the January 4th Times. Blow writes about the effect of religion among Democrats and Republicans in acceptance of evolution.

The gap between Democrats (67% acceptance of evolution) and Republicans (43% accept evolution) has widened since 2009. Apparently the cause of this gap is religion, or at least the use of religion to stir up the Republican base by convincing its members “that they’re fighting a religious war for religious freedom.” This religious freedom war manifests itself in such public policy issues as gay marriage, evolution, and climate-change denial.

Fox News, a favorite of Republicans, helps to “ingrain the idea that Republicanism and religiosity are embattled and oppressed, fighting for survival against the forces of secular extremists,” according to Blow. And other tactics foment fear and divert the attention of Republicans “from areas of common sense and the common good.”

Last year, Blow explains, the Liberty Institute and the Family Research Council released a book with the title, Undeniable: The Survey of Hostility to Religion in America.

To the contrary, Pew’s research also notes that 76% of American adults say that prayer is an important part of their daily lives, and 80% never doubt the existence of God. Those figures, contrasted with the number of atheists (2.4%) and agnostics (3.3%), show that American adults are overwhelmingly religious — the religiously unaffiliated make up 19.6% of adults, about the same as the percentage of evangelicals.

If there is a war on religion, it has a long way to go to prevail. But there should be no doubt that religion continues to have a profound effect on American culture and society. If you doubt it, just read the newspaper.