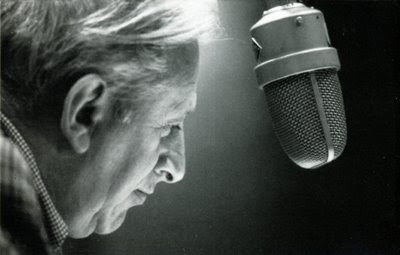 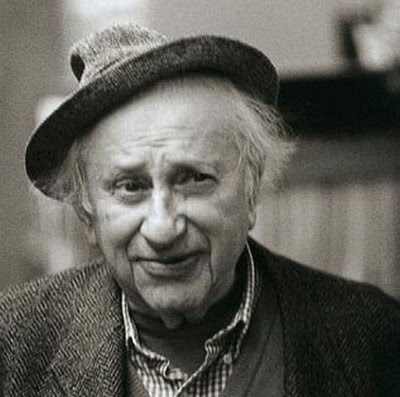 ‘For Studs, listening was a craft, deeply studied and deliberately honed.’
By Bruce Shapiro / November 1, 2008

When I was a student in Chicago in the late 1970s, Studs Terkel’s daily radio interview programs on WFMT were my morning seminars. Even on some mornings when I was supposed to head out the door to real, tuition-billing courses, he’d come on interviewing a renowned soprano or playing his old tapes made on the train to the March on Washington, and I was done for.

People describe Studs’s genius as a listener as if it were an innate gift. But for Studs, listening was a craft, deeply studied and deliberately honed. You could learn so much from those interviews: Studs gently focusing his guests on storytelling, giving an hour’s conversation dramatic shape and musical punctuation with the rising and falling timbre of his voice and even the occasional, audible lighting of a cigar, all setting a pitch of intimate trust and respect.

It wasn’t hard for a college kid in Chicago to meet Studs. He was a soft touch for emceeing a protest: with Studs as ringmaster, a rally over Pinochet’s Chile or a commemoration of the long-vanished Wobblies always took on a welcome quality of celebration.

For a young journalist, having some opportunities over time to watch Studs work, and see just how deep his craft ran, was a revelation. Studs developed self-deprecatory clowning to a high art–getting into pitched battles with recording equipment, for instance–as a tactic for putting anxious interview subjects at ease. Authors on his show were almost invariably impressed by how he would enter the studio with their books scored with his scrawled notations as if he were preparing a term paper. Sure, he was a careful reader, but it was also theater, conveying immediate respect to writers accustomed to clueless celebrity interviews.

One consequence: this great interviewer was himself one tough interview. Ask Studs a question and he’d respond with a yarn, a memory, a song lyric–all great stuff, but all headed where he wanted to go rather than where you intended. His direction was usually smarter and more interesting anyway. In 1995 I interviewed Studs for a special issue of The Nation on World War II. I don’t remember now what I had hoped would come out of it. But Studs just wanted to talk about another radio man, CBS legend Norman Corwin, and the great broadcast Corwin mounted for VE Day. So we did, over a long lunch at a Lebanese joint off Michigan Avenue, charting 1945 through jazz and dancing and the airwaves, with a detour into back-porch folk music and immigrant neighborhood culture swamped in the all-American postwar years. And he remembered, with some shame, his own celebration at the dropping of the atom bomb.

Studs always stood for the radical idea of the long memory. After his wife, Ida, died, his loss was acute. But the bluff radio gangster was still there–and the vigilant optimist about civil rights and social progress. How could it be otherwise, for a man who was born the year Jack Johnson was denied passage on the Titanic and who lived to see an African-American from Chicago on the verge of the presidency? The last time I saw Studs I asked how he was recovering from open-heart surgery–he was the oldest bypass patient on record. “Fightin’ trim!” he assured me.

[Bruce Shapiro, a contributing editor to The Nation, is an investigative reporter, political essayist and journalism reformer. He is executive director of the Dart Center for Journalism and Trauma, a global resource center and think tank for journalists covering violence, conflict and tragedy. more…]