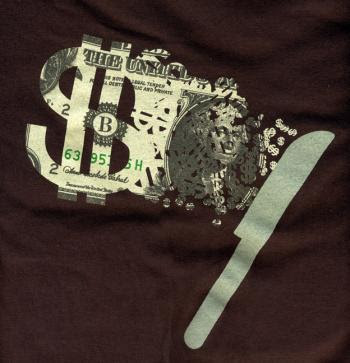 It must come as a surprise to the Republicans that the public favors Obama’s style of wealth spreading by a whopping margin.
By Alexander Zaitchik / November 1, 2008

John McCain and Joe the Plumber are campaigning for Barack Obama, and they don’t even know it. The more McCain has ramped up his attacks on Obama as a “spreader of wealth,” the more the country has lined up behind the Democrat’s plan to spread the wealth. If McCain’s economic agenda was a gun and his attacks on Obama’s agenda the bullets, the old soldier would have shot both his feet clean off a long time ago.

Watching the GOP’s coordinated if increasingly delirious attacks on Obama’s economic plan, it’s clear that the party is even further out of touch with the America of 2008 than previously imagined. After eight years of establishing and then extending America’s lead as the most unequal of all industrialized countries, Republicans thought they could deflect a national groundswell of righteous anger by dusting off and hurling every insult in the conservative arsenal, including old favorites “extremist,” “radical,” “Marxist” and “socialist.” One suspects they are saving “anarchist” and “Hessian” for McCain’s last-gasp speech on Monday.

But a funny thing happened on the way to the Republican hammer-and-sickle-themed haunted house: Nobody showed. The McCain campaign’s attempts to smear Obama as a Trojan donkey for socialistic un-Americanism have belly-flopped, if not backfired. Obama has not only maintained a stable lead under the Republican barrage, he has increased his positives in the traditionally Republican territory of taxes. The final national polls before Tuesday all show a national hunger for national wealth redistribution downward. An Ipsos/McClatchy poll finds that likely voters prefer Obama’s tax plan to McCain’s by 8 points. Pew says Obama added to his edge on taxes and the economy between mid-September and mid-October by 6 points, jumping from 44 to 39 earlier to 50 to 35. On Oct. 30, Gallup released results showing Americans favor Obama’s style of wealth spreading by a whopping 58-to-37 margin.

It appears the nation’s sanity and sense of fairness has reasserted itself to wipe the floor with condescending GOP red-baiting.

It hasn’t hurt that the GOP attacks have been absurd on their face. A 3-point increase in the top marginal income tax rate to 39 percent is not easily morphed into the face of Pol Pot. For much of the 20th century, the top income tax rate in the United States slid between 50 percent and 90 percent, peaking at 94 percent during the final two years of World War II. Most Americans would agree that the mid-century rates were excessive, but support for some kind of progressive tax curve remains widespread. Both Bill Clinton and Al Gore ran winning campaigns promising to raise taxes on the rich.

“The public has always supported moderately progressive taxation, so I don’t think McCain’s pitch had much resonance unless he could convince people that Obama would raise their taxes,” says Dean Baker, co-director of the Center for Economic and Policy Research. “Obama inoculated himself against this attack by saying that he would cut taxes for 95 percent of the public. Basically, McCain was trying to make things up, and most people didn’t believe him.”

Charges of socialism are especially discordant coming from the McCain campaign. The top marginal income tax rate held steady at 50 percent for five years under McCain’s hero, Ronald Reagan. His other hero, Teddy Roosevelt, was a fierce and early booster for federal income and estate taxes. And Sarah Palin? It wouldn’t be all that surprising to see her turn up at a commemoration of this year’s 70th anniversary of the Fourth International. As Hendrik Hertzberg noted in one of many recent pieces debunking the newest GOP attack line, the redistributive principle is practiced with particular gusto in Palin’s Alaska, where the governor spreads the oil wealth like creamy butter around the state’s absorbent white bread. “One of the reasons Palin has been a popular governor,” notes Hertzberg, “is that she added an extra $1,200 to this year’s (government) check, bringing the per-person total to $3,269.” Earlier this summer, Palin boasted to journalist Philip Gourevitch, “Alaskans collectively own the resources. We share in the wealth.”

Like Alaskans, we’re all socialist now, to an extent, and have been for a long time. It’s just a question of daring to speak the adjective’s name, which happens to describe hugely popular programs like Social Security and Medicare. Watching McCain’s socialist attack line flop, it’s tempting to think that the country is edging closer to the day when the word, stripped of its Cold War baggage, no longer has the power to frighten Ohio. Another element is the further eclipse of the culture war by economics. As the country’s shifting demographics grow over the divides opened up during the 1960s and ’70s, attempts to bundle pinko economics with fears of godless agents of chaos become increasingly meaningless.

The Right is aware of and worried about this growing de-contextualization of the word “socialism.” The counterrevolution against the New Deal was aided by the presence of the Soviet Union as a running counterpoint. But it’s now almost 20 years after 1989. A generation has matured that never soaked up any of the old propaganda. This generation has studied abroad and knows you can Super-size it in Sweden. It has no memory of “Better Dead Than Red” and can’t imagine an elderly British logician making international headlines for saying he’d rather crawl to Moscow on his hands and knees than die in a nuclear war. Conservatives worry about this group much as arms controllers worry that kids today don’t understand the dangers posed by nuclear weapons. The right’s fright over the post-Cold War generation’s immunity to cries of “socialism!” was expressed clearly in an Oct. 27 editorial in the Investor’s Business Daily titled “Defining Problems With Socialism for the Post-Cold War Generation.”

“John McCain has finally called Barack Obama’s agenda by its proper name,” it begins. “But if he assumes voters understand what he means when he uses the word ‘socialism,’ he assumes too much. Sadly, most people under 60 in this country went to schools and universities where socialism isn’t considered a bad thing.”

Actually, those are two distinct groups — those who don’t understand the word or its gradations, and those who do and wouldn’t mind living under most of them. What they have in common is that together they constitute a future United States where the word “socialist” carries an ever-weakening stigma.

Whether we choose to reclaim or dispense with the word, its days as a conversation stopper appear to be over. Over the last eight years, 90 percent of the new income generated has accrued to the top 10 percent, while average family incomes have dropped $2,000. These numbers have engendered bitterness on top of anxiety that has shifted the economic debate. If Democrats get a chance to seek forceful redress in the coming years, Republicans are sure to call Obama a socialist and much else besides. But that’s OK. Tuesday’s election is going to show that when people are hurting, they don’t mind a little “socialism” — just as long as it’s pointed their way.