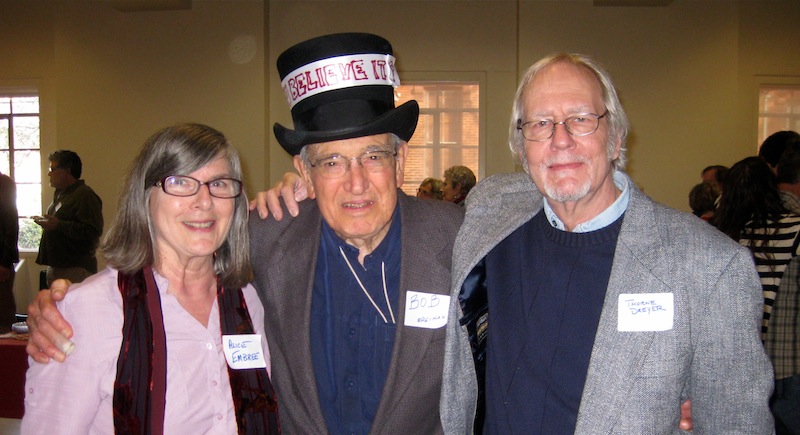 AUSTIN — Rev. Bob Breihan sported a black top hat — with the words “Can you believe it?” — at a party held for him on Sunday, January 4. A large gathering of family, church colleagues, and long-time friends came together at the University Methodist Church in Austin to celebrate his 90th birthday.

Terry Dubose said Bob ‘helped me screw my head back on’ after Terry returned from Vietnam with survivor’s guilt. 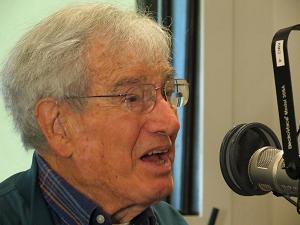 The Methodist Student Center, like the University Y in Austin, made space available for an alternative view of the world during a period of tremendous upheaval during the ‘60s. Faith communities continue to be powerful allies on the frontlines of many local struggles — for immigrant rights, Palestinian rights, and LGBTQ rights, to name a few. The courage of faith leaders like Bob Breihan continues.

Learn more about Rev. Bob Breihan by listening to Thorne’s Rag Radio interview with him, here:

[Rag Blog contributing editor Alice Embree is co-chair of the Friends of New Journalism and a veteran of the original Rag. Alice is a long-time Austin activist, organizer, and member of the Texas State Employees Union. Read more articles by Alice Embree on The Rag Blog.]