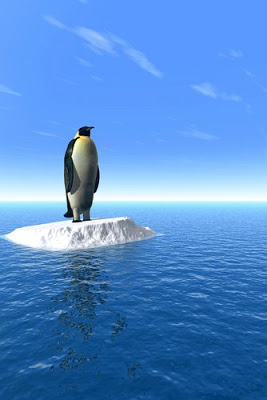 ‘Obama on the environment is why I managed to “stuff it” over FISA, the Clintons, and everything else that was upsetting in the campaign.’
By Thomas Cleaver / The Rag Blog / November 19, 2008

This past summer, going through boxes of books in the garage, I ran across my copy of “The Limits to Growth,” by the Club of Rome, published in 1974, and a text for my MPA in Environmental Management. At the time, the book was excoriated for being “commie trash” and “alarmist.” I sat down and read it again, and EVERY ONE of the forecasts it had for events over the next 30 years (i.e., through 2004) can be seen in 34 years of hindsight as either dead-on or conservative.

Obama on the environment is why I managed to “stuff it” over FISA, the Clintons, and everything else that was upsetting in the campaign. Let’s remember that the nearest identified planet is 24 light years away (500 years one-way at maximum possible sub-light speed), and is like Jupiter. There are no identified planets anywhere that humans could live on, in this solar system or any other discovered so far. This little blue jewel in the vastness and blackness of space is all we’ve got.

If you can’t watch clips online, the Washington Post has a full transcript of the text, but I’d note that Obama offered unambiguous remarks on the issue, criticizing the federal government’s recent failures, touting a federal cap and trade system, promising to “invest $15 billion each year to catalyze private sector efforts to build a clean energy future,” and citing specific annual targets on emission reductions.

Obama also spoke to the international delegations (12 counties sent representatives to this week’s event) on hand in L.A. “Let me also say a special word to the delegates from around the world who will gather in Poland next month: your work is vital to the planet,” Obama said. “While I won’t be President at the time of your meeting and while the United States has only one President at a time, I’ve asked members of Congress who are attending the conference as observers to report back to me on what they learn there. And once I take office, you can be sure that the United States will once again engage vigorously in these negotiations, and help lead the world toward a new era of global cooperation on climate change.”

In other words, don’t worry about that Bush guy; hope is on the way.

As Greg Sargent noted,”Pretty refreshing to have an adult as incoming president.”

A New Chapter on Climate Change