Blue Dog Cowardice and the State of Health Care Reform 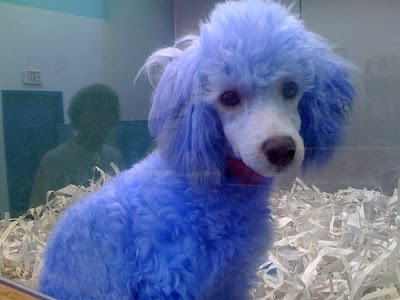 Photo of blue dog Democrat from dogguide.net.
Health Care Reform: The State of the Debate

The Democrats, though in the majority and supported by 67% of the American people, act confused, impotent, lacking in courage and conviction.

Leslie H. Gelb has an outstanding essay in the May/June 2009 issue of Foreign Affairs. It is a must read for all thinking Americans, all progressives. Though the article — entitled “Necessity, Choice, and Common Sense; A Policy for a Bewildering World” — has primarily to do with intellectual and societal decay in the United States, Gelb makes a point that applies to the present discussion about universal health care:

“The bases of the United States’ international power are the country’s economic competitiveness and its political cohesion, and there should be little doubt that both are in decline. Many acknowledge and lament faltering parts here and there, but they avoid a frontal stare at the deteriorating whole.”

“These signals of decline have not inspired politicians to put national good above partisan interests or problem solving above scoring points. Republicans act like rabid attack dogs in and out of power and treat facts like trash. Democrats seem to lack the decisiveness, clarity of vision, and toughness to govern. The tableau of domestic political stalemate begs for new leadership.”

When we look at the state of “debate” in Washington concerning universal health care we can fully appreciate the total lack of Democratic leadership. Jim Hightower said it the June 2009 Hightower Lowdown:

“Now is the time for boldness! Instead, we’re getting Baucusness. Sen. Max Baucus, that is — Montana Democrat, chair of the Senate Finance Committee, and frequent spear carrier for the corporate agenda. He has now been tapped to handle Obama’s promised rewrite of America’s warped, ineffective, and exorbitantly expensive health care system.”

Yet the Democrats, though in the majority and supported by 67% of the American people, act confused, impotent, lacking in courage and conviction. In the forefront are those in the Senate, largely backed by the big insurance companies and the pharmaceutical industry. We see these folks repeatedly on TV, as if they represent the will of the people, rather than the will of the special interests, Sens. Baucus, Conrad, Nelson, Bayh and the whimpy Harry Reid. Other than Sen. Bernie Sanders, who makes a rare appearance, where are the folks that the people elected to correct the health care system? Are they intimidated? Do they buy the myth that the nation requires something called “bipartisanship,” or are their coffers being covertly resupplied by the monied interests?

”Something big is at hand. It is called a ‘single payer’ health-care system — a structural reform that has been successfully implemented in several countries, as well as our own Medicare and veterans health programs. By expanding this system nationally, every person in our land would be assured good-quality care. No longer would profiteering insurance corporations control entry, dictating which doctors we can use (and what treatments they can provide), gouging us with ever-rising premiums, and co-pays, and ripping off a third of our nation’s health care dollars for things that have nothing to do with either health or health care — including ridiculous CEO pay packages, excessive profits, massive billing bureaucracies, useless advertising hustles, posh headquarters, lobbying expenses, etc.”

President Obama promised universal health care during his campaign, and the vast majority of the people took him at his word. Now, with action at hand, he has compromised away the prize before the debate is really underway. Now it seems he has conceded the debate to the Blue Dogs of the Democratic Party and to the obstructionist Republicans. I grant that Obama early conceded that he could not pass single payer universal care, but he did indicate strong support for a “public insurance option.” Now he appears willing to concede to Senators Baucus and Nelson, or to pay homage to the ailing Senator Kennedy. He must realize that according to the latest reports on the quality of health care, again reported by Jim Hightower, the United States ranks 37th in the world in the quality of health care, one notch above Slovenia, and progressively denies decent health care to more and more people.

The propaganda of the insurance and pharmaceutical companies clogs the TV airways. Once again they attempt to frighten the public with misinformation. Happily a few columnists are striking back, like Nicholas Kristof in The New York Times. “This Time, We Won’t Scare,” is an excellent account of Canadian health care and how it differs from ours.

This is supported by Robert Reich in an article distributed by truthout and published in The Rag Blog under the title “Robert Reich: Big Pharma and Big Insurance Vs. Health Care ‘Public Option.’” Dr Reich stresses that a watered down Public Option will be as bad as no legislation at all. He is referring to the compromise offered by Sen. Snowe and supported by several Democrats (including Senators Wyden and Carper) — a plan to include a public option which would kick in years from now, but would only be triggered if insurance companies fail to bring down health care costs and expand coverage in the future. This is almost as bizarre as Sen, Conrad’s plan for “health care cooperatives.”

The opponents of any form of universal health care keep pointing to the cost. What could be more expensive than the cost of health care as it now exists in the United States? Yearly, per capita, we spend more than any other industrialized nation, while 50 million are without health care, millions have inadequate insurance; 50% of bankruptcies are caused by the inability to pay medical costs. Single Payer/Universal as has long been proposed by Physicians for a National Health Program would REDUCE costs by 30-40%.

The mainstream media appears oblivious to this, naively quoting the AMA which traditionally has opposed any national social programs including Social Security and Medicare, and has supported such payoffs to the insurance and pharmaceutical industries as Medicare Part D (the prescription plan supported by the Bush administration, landing the leading congressional supporters in jobs with the insurance or pharmaceutical companies). Further, and a bit farther afield, is the suggestion that I made in my last two Rag Blog articles, suggesting that cannabis be decriminalized and sold legally, similar to tobacco and alcohol, with tax receipts designated for medical care for all.

It may well be time, since little time remains, for the various organizations supporting universal care to face up to our dilemma and to consider, where constitutionally allowed, initiating recall procedures in the 2009 Autumn elections against the Democratic senators who are obstructionists and obviously beholden to the large financial interests. We must make a loud noise!

The Senate is looking for ways to save money in the Medicare program. There are lots of foolish suggestions being bandied about. I should think that several fundamental things bear consideration:

2. Close review of the payment for permanent medical devices under medicare. Every time I drive through the city I see a new outlet for “medical supplies,” just as I see them advertised on TV. Obviously the ability of Medicare to pay has something to do with this burgeoning industry.

3. Examine the need for certain suppliers. I drive along strip malls and see neon signs (largely in Florida) for mammograms, chiropractic treatments, and the nursing home and home care industries as a whole. The quality, cost effectiveness, and executive salaries must be reviewed, especially in the corporate entities, as opposed to the local religiously, or community based institutions.

4. Deal with the salary disparity among medical specialties, which penalizes the family physician and internist, and elevates certain “surgical specialties” to the exalted income of Wall Street CEOs. We need more primary care doctors in this country!

Finally, the Medicare agency needs to look at the costs of the hospital industry. Ken Terry covers this problem in detail in an article entitled “IRS Report Puts Tax-Exempt Hospitals Under Microscope” on the BNET Healthcare blog from Feb. 13, 2009.

A final reflection. I see the terrible statistics regarding infant mortality, child mortality, child poverty, and death rates among uninsured adults in the United States and continually wonder where are the “right to life” people on this issue. I hear nary a whimper from these folks about our early death rates among adults from lack of medical care when compared with Western countries. I should think that, in view of their very strong views about the life of the fetus, that they would be in the forefront of those demanding care for the human being once released from the womb.

Does their interest in “life” stop entirely with an infant’s birth? I wish someone would explain this to me in a reasonable, logical fashion, and would be even happier to see a rational “right to life” movement that would support better care for viable infants, children, teenagers, and adults. Is it reasonable to send American youth off to be slaughtered in unprovoked wars, or to see hundreds of children in foreign lands killed by bombing? There is more to civic and moral responsibility than promoting policies that can lead to domestic terrorism.