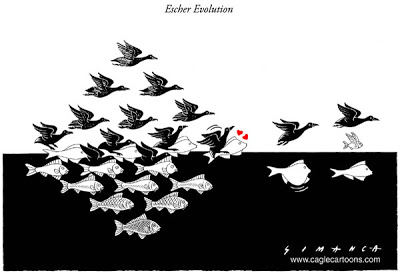 This entry was posted in RagBlog and tagged Artists, Cartoon, Evolution, Humor. Bookmark the permalink.

1 Response to Drawn and Quartered