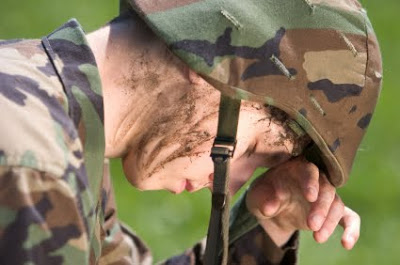 President Obama recently stated that sending more troops into harm’s way in Afghanistan is a solemn decision — one that he would not rush. As a veteran, I find the decision to send troops into harm’s way without an effective military mental health program in place beyond solemn. It’s deeply disturbing. Keeping soldiers mentally fit should be as important as keeping them physically fit.

Since the wars in Afghanistan and Iraq started, nearly 2,000 active-service soldiers have killed themselves, according to a report by the San Antonio Express-News earlier this year. Even more alarming is the fact that every day, five active-duty service members attempt suicide. In the past eight years, that means up to 14,000 have felt their life is not worth living.

The government doesn’t want you to know this. In the spring of 2008, CBS news journalist Armen Keteyian exposed a Veterans Administration cover up of suicide stats. The reporting revealed that every day, 18 veterans kill themselves and roughly 1000 attempt suicide each month. The VA’s head of Mental Health had claimed there were only 790 attempts in all of 2007, a far cry from the reality.

Among all veterans, over the eight years we’ve been at war in the Middle East, the statistics point out that roughly 50,000 have committed suicide, with upwards of 44,000 attempting suicide. These figures only represent data gathered since 2001; this has been an ongoing and persistent problem since Vietnam — and the numbers go up each day.

Recently, the Army made a big deal about giving $50 million to fund a five-year research project on military suicide. In their book, The Three Trillion Dollar War, Linda J. Bilmes and Nobel Prize-winning economist Joseph E. Stiglitz figured the cost of the Iraq war at $12 billion a month. That means we spend more than $16 million an hour.

If you do the math, the $50 million that went to suicide research is what we spend every three hours in Iraq.

The day after Christmas this year will mark our 3,000th day at war. At this point, we’ve heard a lot about suicide bombers, but what about suicide? Regardless of anyone’s feelings about our involvement in Iraq and Afghanistan, these soldiers deserve much more than three hours of our time.

[SPC Michael Anthony is the author of Mass Casualties: A Young Medic’s True Story of Death, Deception and Dishonor in Iraq (Adams Media, October 2009). The book is drawn from the personal journals of SPC Anthony during his first year of service in Iraq.]

16 Responses to Harm’s Way : Escalation and the GI Suicide Crisis