Maureen Dowd : All About Eve 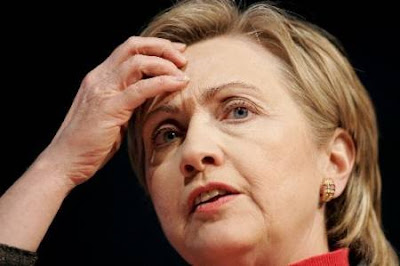 Maybe it was the proximity of Mount Rushmore and Deadwood, but something caused Hillary’s inner Eve Harrington to leap out in South Dakota.

Venturing into Daschle-Obama territory, she inadvertently and inelegantly illuminated her thinking on why she wants to keep running as long as she can: stuff happens.

In politics, there are many unpredictable and unsavory twists and turns. That’s why she’s hanging around, and that’s why she and Bill want to force Barack Obama to take her as his vice president, even if he doesn’t want her, even if Michelle can’t stand her, even if she has to stir the sexist pot, and even if she tarnishes his silvery change message.

In an interview with The Argus Leader in Sioux Falls, Hillary disagreed that she’s hurting party unity: “My husband did not wrap up the nomination in 1992 until he won the California primary somewhere in the middle of June, right? We all remember Bobby Kennedy was assassinated in June in California.”

She was talking about the timeline for June, not wishing physical harm upon her rival. But many Democrats were upset. Congressman James Clyburn of South Carolina called her words “beyond the pale.”

Maybe a tired, stressed Hillary was giving an unfiltered version of a blunt conversation that she’s had with her husband and advisers about staying in the race, using R.F.K. as an anything-can-happen example, in the same way she fantasizes about Sean Hannity breaking a story that would demolish Obama.

She’s made the tasteless assassination comment before, including in a March interview with Time.

Senator Clinton apologized and, in a fairly inspired reach, suggested that it was the awful diagnosis for Teddy that had put the dark thought in her head.

Standing incongruously in front of the salad-dressing section of a Sunshine Foods, she said, “The Kennedys have been much on my mind the last days because of Senator Kennedy” and pointed out that she holds Bobby Kennedy’s Senate seat.

Teddy Kennedy decided to endorse Obama in part because he was upset that Hillary sat silently when Francine Torge introduced the New York senator at a New Hampshire event saying: “Some people compare one of the other candidates to John F. Kennedy. But he was assassinated. And Lyndon Baines Johnson was the one who actually” signed the civil rights bill into law.

Hillary knows that in politics, bimbos erupt. Tapes leak. Husbands disappoint. Friends commit suicide. Rivals get sick. Her Senate race against Rudy Giuliani suddenly turned in her favor when he got prostate cancer and dropped out.

The macabre story of 2008 is that the vice presidential picks are important. On the Republican side, it’s because of John McCain’s age and history of skin cancer, and that’s openly discussed.

But on the Democratic side, it is, as The Times’s Obama reporter Jeff Zeleny has written, a “hushed worry.” Barack Obama has fused two of the most powerful narratives in American history — those of Martin Luther King Jr. and Camelot — and that makes him both magical and vulnerable.

He was only 6 years old in the spring of 1968, when Dr. King and Bobby Kennedy were assassinated. But the unspoken fear that he is in some danger as their spiritual heir hovers over his race. He got a Secret Service cordon last May, the earliest a candidate has ever been given it.

Alma Powell’s worries about assassination helped influence Colin Powell not to run. Michelle Obama expressed concern before her husband’s election to the Senate but said on “60 Minutes,” “I don’t lose sleep over it, because the realities are that, you know, as a black man, you know, Barack can get shot going to the gas station.”

Mike Huckabee had to apologize after making a joke at the National Rifle Association convention about a noise, saying it was Obama tripping off a chair when “somebody aimed a gun at him and he dove for the floor.”

Obama now has the perfect excuse not to pick Hillary as his running mate. She has been too unseemly in her desire to be on the scene if he trips, or gets hit with a devastating story. She may want to take a cue from the Miss America contest: make a graceful, magnanimous exit and wait in the wings.

That’s where the runners-up can be found, prettily lurking, in case it turns out the girl with the crown has some naked pictures in her past.