AUSTIN — Austin novelist Thomas Zigal has won the prestigious Jesse Jones award for fiction from the Texas Institute of Letters for his highly-acclaimed novel about post-Katrina New Orleans, Many Rivers to Cross, published in November 2013 by TCU Press. 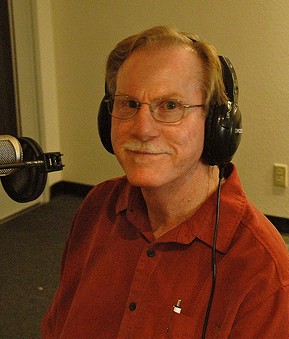 Past winners of the Jesse Jones Award include Larry McMurtry, Katerine Anne Porter, and Cormac McCarthy.

Many Rivers to Cross is set in August 2005, during the first three days after the monstrous Hurricane Katrina smashed into Louisiana and the Gulf Coast. The finely-crafted narrative follows several interrelated characters stranded in the flooded city as they struggle to survive.

This epic story of violence and redemption in a suddenly lawless and almost unrecognizable city melds the individual narratives into a stunning crescendo of terror and hope.

The novel, Zigal’s sixth, is the second work in a trilogy set in New Orleans; the initial number was The White League, which one critic referred to as “a page-turner with a conscience.” Zigal is also the author of three delightful mystery novels featuring hippie Aspen Sheriff Kurt Muller.

Tom Zigal, a friend of The Rag Blog and a guest on Rag Radio around the time of the book’s release, was born in Galveston and grew up in Texas City where his father worked in an oil refinery. He graduated from the University of Texas — where he was “an anti-war hippie and an avid reader of The Rag.” He got his masters in creative writing at Stanford and “hung out with writers like Raymond Carver, James Crumley, and Scott Turow.”

The Texas Institute of Letters, founded by Texas writers including William Vann, J. Frank Dobie, and Walter Prescott Webb, has given literary awards in a number of fields since 1939. The award for fiction also carries with it a $6,000 cash prize.

I was deeply honored to receive the Jesse Jones Award… I love the historical continuity. It puts me in the company of so many extraordinary Texas writers who have won this award — Katherine Anne Porter, Larry McMurtry, Cormac McCarthy, Donald Barthelme — and many of my contemporaries like Sarah Bird, Stephen Harrigan, Beverly Lowry, James Magnuson, and Jan Reid. This is the highest literary recognition we Texas fiction writers can receive in our state, and most of us have been pursuing this award for our entire careers. 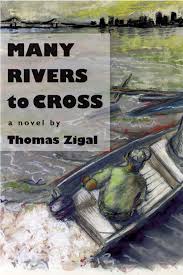 Austin writer Jan Reid wrote that Many Rivers to Cross “is awe-inspiring. Thomas Zigal has entered New Orleans’ heart of darkness after Katrina. His story is brave, frightening, and so dramatic that at times you have to get up and walk around the room.”

(Jan Reid was also a winner at this year’s event, receiving the Institute’s 2014 Lon Tinkle Award for his body of work. The award “recognizes distinguished writers with a career in letters associated with the state [of Texas].”  Reid is also a colleague and a three-time guest on Rag Radio.)

We may think we exercise some modicum of control over our lives. But when the maelstrom hits, as Hurricane Katrina does in Tom Zigal’s epic Many Rivers to Cross, we realize the order governing our lives is temporary and paper-thin…

Zigal launches this novel into a world spinning out of control. Even with some respite at the end, we leave it understanding that the order of our world is fragile and temporary, and the waters will rise again.

Listen to Thorne Dreyer’s October 4, 2013, interview with Tom Zigal about Many Rivers to Cross and about his life and career, here:

[Thorne Dreyer, a pioneering alternative journalist, was founding “funnel” of the original Rag in 1966. Dreyer now edits The Rag Blog, hosts Rag Radio, and is a director of the New Journalism Project. Dreyer can be contacted at editor@theragblog.com]