Mike Davis : Note to Obama: ‘Futurama’ Has to Wait Its Turn 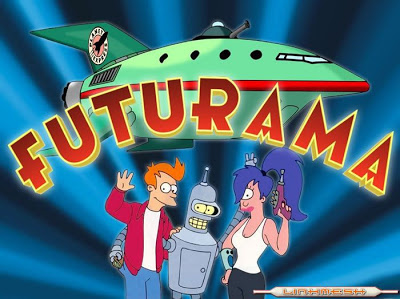 ‘We are now at a crash site, and our priority should be to save the victims, not change the tires or repair the fender, much less build a new car.’
By Mike Davis / November 21, 2008

America’s “Futurama” is defunct. The famous walk-through diorama of a car-and-suburb world, imagineered by Norman Bel Geddes for General Motors at the 1939 New York World’s Fair, has weathered into a dreary emblem of our national backwardness. While GM bleeds to death on a Detroit street corner, the steel-and-concrete Interstate landscape built in the 1950s and 1960s is rapidly decaying into this century’s equivalent of Victorian rubble.

As we wait in potholed gridlock for the next highway bridge to collapse, the French, the Japanese, and now the Spanish blissfully speed by us on their sci-fi trains. Within the next year or two, Spain’s high-speed rail network will become the world’s largest, with plans to cap construction in 2020 at an incredible 6,000 miles of fast track. Meanwhile China has launched its first 200 mile-per-hour prototype, and Saudi Arabia and Argentina are proceeding with the construction of their own state-of-the-art systems. Of the larger rich, industrial countries, only the United States has yet to build a single mile of what constitutes the new global standard of transportation.

From day one, Barack Obama campaigned to redress this infrastructure deficit through an ambitious program of public investment: “For our economy, our safety, and our workers, we have to rebuild America.” Originally he proposed to finance this spending by ending the war in Iraq. Although his present commitments to a larger military and an expanded war in Afghanistan seem to foreclose any reconversion of the Pentagon budget, he continues to emphasize the urgency of an Apollo-style program to modernize highways, ports, rail transit, and power grids.

Public works, he also promises, can put the public back to work. His “Economic Rescue Plan for the Middle Class” vows to “create 5 million new, high-wage jobs by investing in the renewable sources of energy that will eliminate the oil we currently import from the Middle East in 10 years, and we’ll create 2 million jobs by rebuilding our crumbling roads, schools, and bridges.” Of course, Bill Clinton entered the White House with a similarly ambitious plan to rebuild the derelict national infrastructure, but it was abandoned after Treasury Secretary Robert Rubin convinced the new president that deficit reduction was the true national priority. This time around, a much more powerful and desperate coalition of interests is aligned to support the Keynesian shock-and-awe of major public works.

Rolling Out the Dozers

Since the Paulson bailout plan has become so much expensive spit in the wind, and with bond spreads now premised on the possibility of double-digit unemployment over the next 18 months, massive new federal spending has become a matter of sheer economic survival. As innumerable influentials — from New York Times columnist David Brooks to House Majority Leader Nancy Pelosi — have argued, a crash program of infrastructure repair and construction, likely to include some investment in the new power grids required to bring more solar and wind energy online, is the “win-win” approach that will garner the quickest bipartisan support.

It has also been portrayed as the only lifeboat in the water for the ordinary steerage passengers in our sinking economy. The emergent Washington consensus seems to be that those five million green jobs can actually come later (after we save GM’s shareholders), but that infrastructure spending — if resolutely pushed through the lame-duck Congress or adopted in Obama’s first 100 days — can begin to pump money into the crucial construction and manufacturing sectors of the economy before the end of next winter.

Unlike Comrade Bush’s “socialist” efforts to save Wall Street, a public-works strategy for national recovery has had broad ideological respectability from the days of Alexander Hamilton and Abraham Lincoln to those of Franklin D. Roosevelt and John F. Kennedy. If Democrats can brag about the proud heritage of the Works Progress Administration and the Public Works Administration from the era of the Great Depression (ah, those magnificent post offices and parkways), there are still a few Republicans who remember the Golden Age of interstate highway construction that commenced in the 1950s with President Dwight D. Eisenhower. Indeed since the national shame of Hurricane Katrina, Americans have become outspokenly nostalgic about competent federal governments and magnificent public achievements.

If one accepts the reasonable principle of supporting the new president whenever he makes policy from the left or addresses basic social needs, shouldn’t progressives be cheering the White House as it rolls out the dozers, Cats, and big cranes? Aren’t high-speed mass transit and clean energy the kind of noble priorities that best reconcile big-bang stimulus with long-term public value?

The answer is: no, not at this stage of our national emergency. I’m not an infrastructure-crisis denialist, but first things first. We are now at a crash site, and our priority should be to save the victims, not change the tires or repair the fender, much less build a new car. In the triage situation that now confronts the president-elect, keeping local schools and hospitals open should be the first concern, rebuilding bridges and expanding ports would come next, and rescuing bank shareholders at the very end of the line.

Inexorably, the budgets of schools, cities, and states are sinking into insolvency on a scale comparable to the early 1930s. The public-sector fiscal crisis — a vicious chain reaction of falling property values, incomes, and sales — has been magnified by the unexpectedly large exposure of local governments and transit agencies to the Wall Street meltdown via complex capital lease-back arrangements. Meanwhile on the demand side, the need for public services explodes as even prudent burghers face foreclosure, not to speak of the loss of pensions and medical coverage. Although the public mega-deficits of California and New York may dominate headlines, the essence of the crisis — from the suburbs of Anchorage to the neighborhoods of West Philly — is its potential universality. Certainly, in such a rich country, wind farms and schools should never become a Sophie’s choice, but the criminal negligence of Congress over the past months should alert us to the likelihood that such a choice will be made — with disastrous results for both human services and economic recovery.

Congress naturally loves infrastructure because it rewards manufacturers, shippers, and contractors who give large campaign contributions, and because construction sites can be handsomely bill-boarded with the names of proud sponsors. Powerful business lobbies like the National Industrial Transportation League and the Coalition for America’s Gateways and Trade Corridors stand ready to grease the wheels of their political allies. In addition, if the past century of congressional pork-barrel methods is any precedent, infrastructural spending typically resists coherent national planning or larger cost-benefit analyses.

Yet saving (and expanding) core public employment is, hands-down, the best Keynesian stimulus around. Federal investment in education and healthcare gets incomparably more bang for the buck, if jobs are the principal criterion, than expenditures on transportation equipment or road repair.

For example, $50 million in federal aid during the Clinton administration allowed Michigan schools to hire nearly 1,300 new teachers. It is also the current operating budget of a Tennessee school district made up of eight elementary schools, three middle schools, and two high schools.

On the other hand, $50 million on the order book of a niche public transit manufacturer generates only 200 jobs (plus, of course, capital costs and profits). Road construction and bridge repair, also very capital intensive, produce about the same modest, direct employment effect.

One of the most likely targets for a Congressional stimulus plan is light-rail construction. Street-car systems are enormously popular with local governments, redevelopment agencies, and middle-class commuters, but generally they operate less efficiently (per dollar per passenger) than bus systems, and at least 40% of the capital investment leaks overseas to German streetcar builders and Korean steel companies.

Personally, I would love to commute via a sleek Euro-style bullet train from my home in San Diego to my job in Riverside, 100 grueling freeway miles away, but I’ll take gridlock if the cost of rationing federal expenditure is tolerating the closure of my kids’ school or increasing the wait in the local emergency room from two to ten hours.

Obama, unlike his predecessor, has a bold vision, shared with his powerful supporters in high-tech industries, of catching up with the Spanish and Japanese, while redeeming America as the synonym for modernity. Lots of new infrastructure will, however, become so many bridges to nowhere (especially for our children) unless he and Congress first save human-needs budgets and public-sector jobs.

A good start for progressive agitation on Obama’s left flank would be to demand that his health-care reform and aid-to-education proposals be brought front and center as preferential vehicles for immediate macro-economic stimulus. Democrats should not forget that the most brilliant and enduring accomplishment of the Kennedy-Johnson era was Head Start, not the Apollo Program.

If, after saving kindergartens and county hospitals, we someday hope to ride the fast train, then we need to rebuild the antiwar movement on broader foundations. The president-elect’s original proposal for funding domestic social investment through downsizing the empire offers a brilliant starting point for basing economic growth on an economic bill of rights (as advocated by Franklin Roosevelt in 1944) instead of imperial over-reach and Pharaonic levels of military waste.

[Mike Davis is the author of In Praise of Barbarians: Essays Against Empire (Haymarket Books, 2008) and Buda’s Wagon: A Brief History of the Car Bomb (Verso, 2007). He is currently working on a book about cities and poverty.]