No Wealth Creation Since the Turn of the Millennium 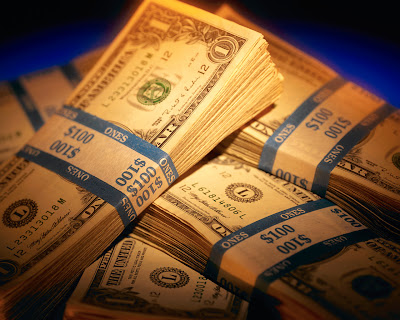 By now everyone knows the sad tale of Bernard Madoff’s duped investors. They looked at their statements and thought they were rich. But then, one day, they discovered to their horror that their supposed wealth was a figment of someone else’s imagination.

Unfortunately, that’s a pretty good metaphor for what happened to America as a whole in the first decade of the 21st century.

Last week the Federal Reserve released the results of the latest Survey of Consumer Finances, a triennial report on the assets and liabilities of American households. The bottom line is that there has been basically no wealth creation at all since the turn of the millennium: the net worth of the average American household, adjusted for inflation, is lower now than it was in 2001.

At one level this should come as no surprise. For most of the last decade America was a nation of borrowers and spenders, not savers. The personal savings rate dropped from 9 percent in the 1980s to 5 percent in the 1990s, to just 0.6 percent from 2005 to 2007, and household debt grew much faster than personal income. Why should we have expected our net worth to go up?

Yet until very recently Americans believed they were getting richer, because they received statements saying that their houses and stock portfolios were appreciating in value faster than their debts were increasing. And if the belief of many Americans that they could count on capital gains forever sounds naïve, it’s worth remembering just how many influential voices — notably in right-leaning publications like The Wall Street Journal, Forbes and National Review — promoted that belief, and ridiculed those who worried about low savings and high levels of debt.

Then reality struck, and it turned out that the worriers had been right all along. The surge in asset values had been an illusion — but the surge in debt had been all too real.

So now we’re in trouble — deeper trouble, I think, than most people realize even now. And I’m not just talking about the dwindling band of forecasters who still insist that the economy will snap back any day now.

For this is a broad-based mess. Everyone talks about the problems of the banks, which are indeed in even worse shape than the rest of the system. But the banks aren’t the only players with too much debt and too few assets; the same description applies to the private sector as a whole.

And as the great American economist Irving Fisher pointed out in the 1930s, the things people and companies do when they realize they have too much debt tend to be self-defeating when everyone tries to do them at the same time. Attempts to sell assets and pay off debt deepen the plunge in asset prices, further reducing net worth. Attempts to save more translate into a collapse of consumer demand, deepening the economic slump.

Are policy makers ready to do what it takes to break this vicious circle? In principle, yes. Government officials understand the issue: we need to “contain what is a very damaging and potentially deflationary spiral,” says Lawrence Summers, a top Obama economic adviser.

In practice, however, the policies currently on offer don’t look adequate to the challenge. The fiscal stimulus plan, while it will certainly help, probably won’t do more than mitigate the economic side effects of debt deflation. And the much-awaited announcement of the bank rescue plan left everyone confused rather than reassured.

There’s hope that the bank rescue will eventually turn into something stronger. It has been interesting to watch the idea of temporary bank nationalization move from the fringe to mainstream acceptance, with even Republicans like Senator Lindsey Graham conceding that it may be necessary. But even if we eventually do what’s needed on the bank front, that will solve only part of the problem.

If you want to see what it really takes to boot the economy out of a debt trap, look at the large public works program, otherwise known as World War II, that ended the Great Depression. The war didn’t just lead to full employment. It also led to rapidly rising incomes and substantial inflation, all with virtually no borrowing by the private sector. By 1945 the government’s debt had soared, but the ratio of private-sector debt to G.D.P. was only half what it had been in 1940. And this low level of private debt helped set the stage for the great postwar boom.

Since nothing like that is on the table, or seems likely to get on the table any time soon, it will take years for families and firms to work off the debt they ran up so blithely. The odds are that the legacy of our time of illusion — our decade at Bernie’s — will be a long, painful slump.

This entry was posted in RagBlog and tagged Finance, Financial Crisis. Bookmark the permalink.