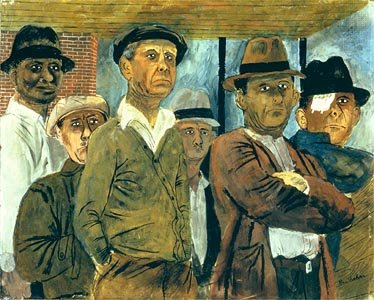 Why, I was asked off line, did the market dive after the bailout passed?

First, the bailout was not about the Dow Jones/S&P/NASDAQ but about the LIBOR (London Interbank Offered Rate).

However, the straight answer is that the smart money had already priced in the bailout as a lead pipe cinch after the Senate moved things a few notches to the right to capture House Repugs. I would have thought moving to the right would cost votes on the left but that turned out not to be the case as every chamber of commerce in the country was in a blind sweat panic over new collateral requirements and drying up lines of credit. You don’t think a car dealer owns those new cars on his lot, do you?

Anyway, after the big dive the market came back to an equilibrium slightly lower than it was before the far left and the far right joined hands and jumped off the cliff.

The Friday dive was about more dire economic news, principally the unemployment numbers. Those numbers and the LIBOR are directly related, so here’s hoping we can at least slow down the bleeding when the “toxic assets” become sort of liquid again.

4 Responses to Post-Bailout : Why the Stock Market Still Plunged