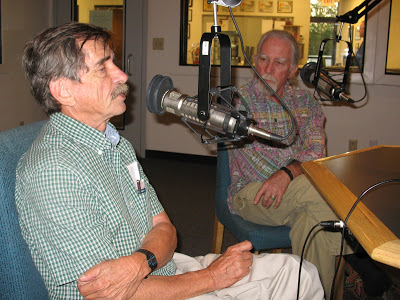 Hamilton and Russell are long-time Austin-based writers and activists who have recently written comprehensive analytical articles about the upcoming presidential elections in France and Mexico, respectively, for The Rag Blog.

They discussed those elections, the issues involved, and the potential political ramifications. They also talked about the recent Summit of the Americas in Cartagena, Colombia, and especially issues related to the drug war and drug legalization that are currently being discussed by Latin Americaan leaders.


Unabashed Francophile David Hamilton is a graduate of the University of Texas at Austin in history and government. He spends part of each year in France and writes about France and politics (and French politics) for The Rag Blog. A retired teacher, David was active with SDS and the movement against the War in Vietnam and wrote for The Rag, Austin’s legendary Sixties underground newspaper. 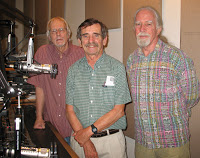 Philip Russell has written six books on Latin America. His latest is The History of Mexico: From Pre-Conquest to Present (Routledge). His writings on Mexico have appeared in sources ranging from the Austin Chronicle to The New York Times. He is an explorer and an environmental activist with the Sierra Club, has been an interpreter for National Science Foundation expeditions in Mexico, and has served as an official presidential election observer in Mexico.

Coming up on Rag Radio: THIS FRIDAY, April 27, 2012: Theologian and Social Ethicist Gary Dorrien.
May 4, 2012: Chris Mooney, author of The Republican Brain: The Science of Why They Deny Science, and Reality.