RAG RADIO / Thorne Dreyer : Mike McGuire and Lisa Fithian on Occupy Movement and ‘We Are Many’ 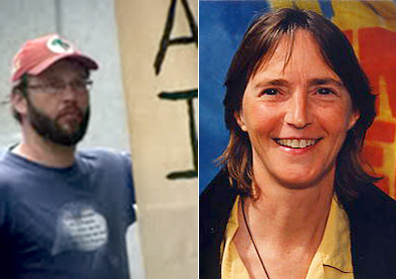 On the show, McGuire and Fithian discuss the legacy and future of the Occupy Wall Street movement, and, more specifically, the 2012 AK Press anthology, We Are Many: Reflections on Movement Strategy from Occupation to Liberation. Mike McGuire was co-editor of the book, and Lisa Fithian contributed the essay, “Strategic Directions for the Occupy Movement.”


According to The Rag Blog‘s Ron Jacobs, the book — which compiles the work of more than 50 writers, artists, and photographers — has the “best overall take to date on the meaning of Occupy, its shortcomings and strengths, and its potential future.” 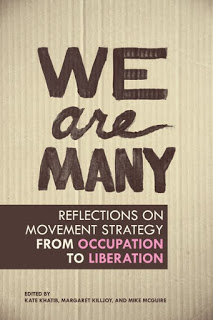 Baltimore native Mike McGuire is a builder and organizer with a background in labor, Latin America, global justice, direct action, and creative protest. He has been working within the Occupy movement since its birth on September 17, 2011.

Lisa Fithian, an Austin-based social justice activist, community organizer, and nonviolence trainer, has for the last 35 years worked with peace, labor, youth, immigrant, environmental, and racial justice groups, and has taught creative nonviolent direct action and civil disobedience tactics. Lisa organized relief efforts with the Common Ground Collective in New Orleans and has served on the National Steering Committee of United for Peace and Justice.

The Rag Blog‘s Jacobs wrote about We Are Many :

Away from the intensity of battles with police and the day-to-day reality… These writers take a hard look at manifestations of racism and sexism in the movement; they discuss the nature of violence and its role in popular movements; and they discuss these and other questions from a perspective that represents the grassroots democratic and anti-capitalist philosophy that motivated the movement.

Coming up on Rag Radio:
THIS FRIDAY, January 25, 2013: Robert Pollin, author of Back to Full Employment.