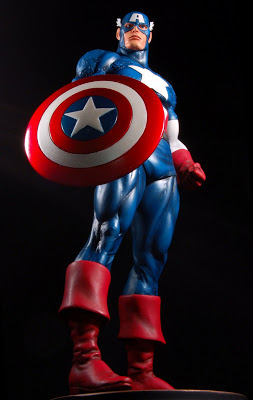 My greatness as a writer is simply a fact.

You don’t agree? Well, then obviously you are churlish or malevolent.

If I were serious about such a claim of superiority, now would be the time to stop reading — on the reasonable assumption that I’m a dull-witted bore with no capacity for critical self-reflection. What applies to individual declarations is also true of nations, yet in the United States such statements about our greatness are common.

Rich Lowry of the National Review closed out 2010 with a particularly bombastic piece reasserting U.S. greatness. Though Lowry is a conservative, his argument is conventional: The United States has brought prosperity to the world, protecting all that is decent against evil. Yes, we’ve had to muscle others out of the way on occasion, but that was necessary to bring order and liberty. Yes, we’ve made some mistakes along the way, but those are all safely in the past and, besides, they have to understood in context.

His conclusion: “Our greatness is simply a fact. Only the churlish or malevolent can deny it, or even get irked at its assertion.” (“Yes, the Greatest Country Ever.”)

This expression of American exceptionalism is unexceptional in U.S. political history, but it roared back stronger than ever in 2010, especially in the rhetoric of the Tea Party movement. As it becomes harder to ignore the United States’ decline as an economic power — which will limit the capacity for imperial marauding around the world — the inclination of most mainstream politicians to assert our greatness will intensify.

Those of us with radical or progressive politics need to challenge these kinds of slogans when we talk with friends, family, and co-workers. In my 2004 book Citizens of the Empire: The Struggle to Claim Our Humanity, I offered common-sense responses in plain language, and as we get ready for a more right-wing Congress and the political discussions that lie ahead, I thought it would be helpful to revisit some of those points.

With the permission of publisher City Lights Books, I have posted online two chapters from that book — one that deconstructs “the greatest nation” rhetoric and another that challenges the concept of patriotism.

It is neither churlish nor malevolent to want to honestly assess the accomplishments and failures of one’s country. Rather, it is the obligation of every citizen.